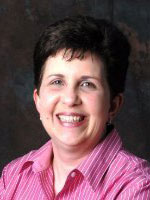 The massacre at Sandy Hook Elementary School in Newtown, Conn., has had a profound effect on me because my younger son Sean is 6 years old — the same age as many of the victims — and my older son Christopher, 10, has been diagnosed with Asperger’s syndrome.

While it has been reported that the alleged killer had been diagnosed with an autism-spectrum disorder, I don’t believe this had anything to do with the shooting. The young man was obviously mentally unstable, as is often the case with people who perpetrate mass killings.

Organizations such as Autism Speaks and the Autism Global Initiative Committee quickly issued statements regarding this catastrophic event because some news media outlets have inaccurately reported a potential link between autism-spectrum disorders and planned violence.

The Initiative said, “Autism is not a mental health disorder — it is a neurodevelopmental disorder…. As adults with autism living productive, peaceful lives, we urge the media and professionals who participate in speculative interviews about the motives of the accused shooter to refrain from misleading comments about autism and other neurodevelopmental disabilities. The eyes of the world are on this wrenching tragedy — with 1 in 88 now diagnosed, misinformation could easily trigger increased prejudice and misunderstanding. Let us all come together and mourn for the families and exercise the utmost care in discussions of how and why it occurred.”

As the mom of a child with Asperger’s, I pray that people will never perceive my intelligent, funny, creative and conscientious son as someone who could be a mass murderer. As someone who has worked for newspapers, I hope reporters around the world will never misrepresent those diagnosed with autism spectrum disorders.

My plea to journalists is that you don’t paint my son – and others like him — as a potential threat while searching for the “why” behind this heinous crime. We may never know what set this killer off on a bloody rampage.

There has been a “news blackout” at our house because the stories about these children and the suffering of their families are excruciating to watch. I also don’t want my boys to see the news media’s non-stop coverage of this tragedy.

As Christopher was getting ready for bed last Friday night, I hugged him, told him he was a great kid and that I loved him. Christopher smiled up at me and said, “And why are we doing this?” I think he knew the reason, but I told him, “Because it’s true, and because I can.” I explained there were parents who would never again be able to hug and kiss their children and that I was incredibly sad about that.

Earlier that day I had decided to pick up Sean from school instead of having him take the bus home because I was planning to take Sean and Christopher to a local fun center with indoor moon bounces. When I arrived at Sean’s school and he saw me waiting outside, he ran over and gave me the most enthusiastic hug. I’m incredibly grateful for that hug, and I will never forget it.

While I struggle to comprehend this tragedy, I pray that treatment for mental illness is at the forefront of discussions by pundits and politicians. The health care system in the United States has failed to provide adequate services (including hospitalization) for the mentally ill. A recent report by the Treatment Advocacy Center, a national nonprofit organization dedicated to eliminating barriers to the timely and effective treatment of severe mental illness, focuses on this issue. Ironically, the report is titled “No Room at the Inn: Trends and Consequences of Closing Public Psychiatric Hospitals.”

The report states the number of state hospital psychiatric beds in the United States decreased by 14 percent from 2005 to 2010. Where do the mentally ill end up? Hospital emergency rooms, jails and prisons.

According to a story on National Public Radio last year there are an estimated 350,000 offenders with mental illness locked up inAmerica’s prisons and jails. The story stated, “More Americans receive mental health treatment in prisons and jails than in hospitals or treatment centers. In fact, the three largest inpatient psychiatric facilities in the country are jails: Los Angeles County Jail, Rikers Island Jail in New York City and Cook County Jail in Illinois.”

The Treatment Advocacy Center report highlights the impact of the continual decrease in psychiatric hospital beds in the United States. “Overall, many states appear to be effectively terminating a public psychiatric treatment system that has existed for nearly two centuries. The system was originally created to protect both the patients and the public, and its termination is taking place with little regard for the consequences to either group.”

The issue of gun control will likely be a hot topic in the news media and in Washington, D.C. Some politicians are recommending that the ban on assault weapons be reinstated. If that ban was still in effect and the alleged gunman acquired his weapons illegally, would that make this tragic loss of life easier to bear? Absolutely not.

I don’t think this young man’s mother should have kept weapons in her home – even if they were locked up – especially if her son had mental health problems. However, I believe that where there’s a will, there’s a way, so if someone who is mentally ill (or not) is determined to kill, they will do so whether or not they have a gun.

With this sad story dominating the news, it was difficult to focus on joy during Mass this past weekend. The readings included these words: “Shout for joy, O daughter Zion!” and “Rejoice in the Lord always.”

A friend of mine, Capuchin Father Paul Dressler, who served at St. John the Evangelist Parish inPhiladelphia, said in his homily: “How do we shout for joy when our hearts are broken? How do we rejoice when all we want to do is cry?”

Secondly, Father Paul said that we must root our hearts in gratitude, which is “like a protest against the darkness.” Lastly, he recommended that we “give ourselves away in acts of love. Love is the word that lifts the heart out of darkness. The resurrection of Jesus says so clearly, “Love conquers sadness. Love will conquer sin. Love will conquer senseless violence. Love will even conquer death.”

I’m incredibly grateful to God that I can hug my sons and express my love for them. This is an unquestionable opportunity that all parents should rejoice in — not only during this Christmas season — but always.

In the midst of this joyous time of year, I will surely be weeping for the loss of these innocent children and their teachers, and I will be praying that God will comfort their grieving families, the school community and the residents of Newtown.

Elena Perri is a former managing editor of The Catholic Standard and Times, and CatholicPhilly.com.

PREVIOUS: Now, what do we do about the massacre at Newtown, Conn.?

NEXT: We are not meant to be alone, and we need ‘communio’ more than ever