How capital punishment works, or doesn’t, in Pennsylvania 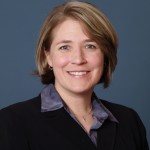 In the last four months, three men were scheduled to be executed: Terrance Williams, Hubert Michael and Mark Spotz. Last-minute appeals delayed those cases, which are now pending before the Pennsylvania Supreme Court and a federal appeals court.

Decisions will be made about these cases soon, meaning the death penalty will continue to be headline news in 2013. Nearly 200 others also sit on Pennsylvania’s death row.

In recent months, advocates sent hundreds of messages to the Board of Pardons and Gov. Tom Corbett urging a commutation of the death sentences to life in prison or a temporary reprieve for Williams and Michael.

The Church is not advocating that they go unpunished for their crimes; however the modern penal system provides alternatives to taking the lives of guilty persons, alternatives that break the cycle of violence in our society.

(See related story: An archdiocesan priest argues for the end of the death penalty)

As we Catholics in Pennsylvania renew our advocacy efforts in support of the inherent dignity of the life of every person, here is some background information:

* Aggravating circumstances are details of the crime that make it particularly terrible: killing a public servant, murder for hire, killing a child under age 12 or the victim was under a protection from abuse order, to name a few.

* Mitigating circumstances do not excuse or diminish the crime, but they are details the jury must consider when determining the harshness of the punishment. For example, a jury might impose life imprisonment instead of death if the defendant had no significant history of prior convictions, was under the influence of extreme emotional disturbance or under substantial domination by someone else. Insanity, mental retardation and being under age 18 at the time of the murder are absolute bars to a death penalty sentence.

*By law, every death sentence is subject to an automatic review by the Pennsylvania Supreme Court. The high court affirms the sentence unless it determines that it was a product of passion, prejudice or other arbitrary factor, or evidence failed to support the finding of an aggravated circumstance.

* If the Supreme Court denies the appeal, the governor must issue a warrant within 90 days to set the date of the execution. The inmate can make other appeals in state court and possibly in federal court. When an appeal is filed, the reviewing court will usually issue a stay until it can review the case. If appeals are pending or a stay is in effect, the date of execution will simply pass. If an appeal is denied, the stay is lifted and the governor must issue a new warrant of execution.

* An inmate can also appeal for clemency with the Pennsylvania Board of Pardons. The five-member board, after a public hearing, can recommend commuting the sentence from death to life imprisonment. The governor can then accept or reject the recommendation. He cannot commute the sentence without the unanimous vote of the Board of Pardons. The governor can, however, grant a reprieve for individual inmates for an express reason and for a limited time period such as the remainder of his term in office.

With respect for all human life, we propose that our society will not benefit from perpetuating violence. Read more about Catholic teaching on capital punishment and updates about these cases at www.pacatholic.org.

NEXT: Gun ownership is not an absolute right