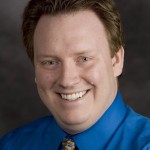 In some cases, the people who say those things may be correct. That doesn’t mean you shouldn’t dream. Dreams come true when you indulge them.

Adam Cudworth had a dream. He wanted to see Earth from space. Just a few obstacles stood in his way. He wasn’t an astronaut. He had no money to train to become one. And he was only 19.

He quickly overcame those challenges. He bought an inexpensive camera on eBay along with a high-altitude latex balloon and some basic electronic tracking equipment. He put it all together and released his invention into the sky.

The balloon floated 20 miles above the ground. Eventually, the balloon deflated and landed. After collecting it, Adam looked at the pictures, each one crystal clear. Some would say better than Google Maps. His photos caught the attention of thousands.

Now, he has dreams of an improved rig that will let him capture video of each launch and allow him to better control where the balloon lands.

Jack Andraka is another dreamer. He wanted to detect pancreatic cancer, a particularly deadly form, at a stage early enough where successful treatment might be possible.

He spent months researching. Then he wrote a research proposal and mailed it to about 200 researchers across the country. Everyone but one researcher turned him down.

Dr. Anirban Maitra, one of the world’s top pancreatic cancer experts said he’d work with Jack. Dr. Maitra works at Johns Hopkins, a short distance from Jack’s home. Working with Dr. Maitra, Jack created a device that has a 90 percent success rate at identifying early forms of pancreatic cancer. Jack’s work earned him several prestigious awards and a $75,000 scholarship. He’s waiting for the patent on his discovery to be approved.

Not every dreamer dedicates his life to science. Sometimes dreams can be just for fun.

Caine Monroy is 9. Less than two years ago, he spent his summer creating an arcade inside his father’s auto parts store. By create, I don’t mean he assembled machines. Caine built an arcade out of cardboard.

No one saw Caine’s completed arcade until Nirvan Mullick visited. Caine inspired Mullick, a filmmaker, who made Caine the focus of an 11-minute film.

Mullick posted the film online, where it became evident that Caine inspired others. The film became a viral sensation, viewed by millions.

After the popularity of the film became apparent, Mullick added a donation link for Caine’s college fund to the video’s webpage. It has received more than $150,000. That generosity won’t just help Caine. A foundation has agreed to match every dollar donated up to $250,000. It will fund the Caine’s Arcade Foundation, which will give money to other kids like Caine, who have big imaginations and the desire to turn dreams into reality.

That’s all that’s necessary to make dreams come true: desire. If you have that, and are willing to act, as well as dream, anything is possible. Don’t let anyone tell you otherwise.

Just ask Jack, Adam and Caine what can happen when you believe in yourself.

PREVIOUS: End the death penalty, build the culture of life

NEXT: How capital punishment works, or doesn’t, in Pennsylvania