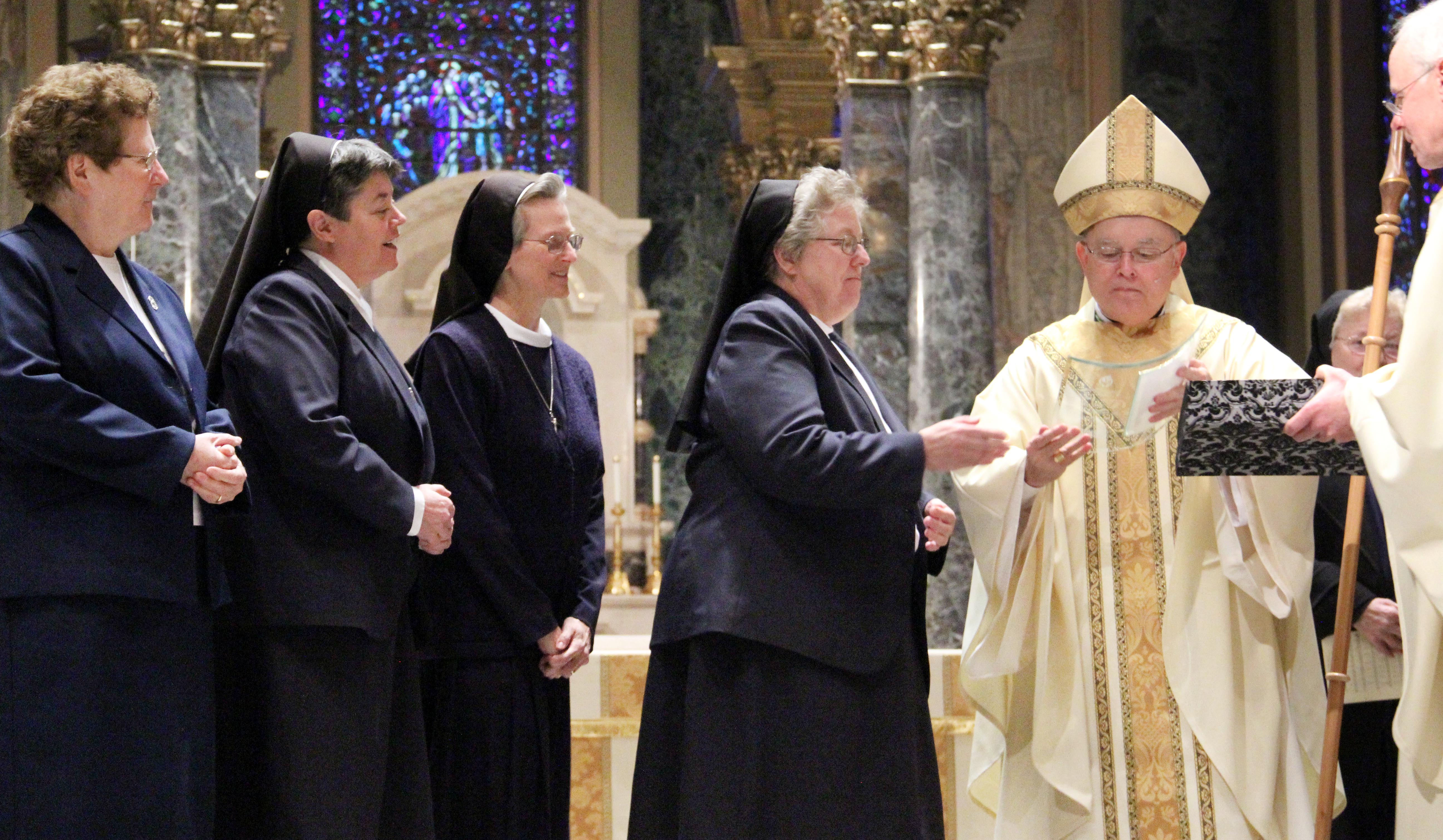 Archbishop Chaput presents the Pope Paul VI award to the Sister, Servants of the Immaculate Heart of Mary. Next to the archbishop receiving the award is Sister Lorraine M. Mc Grew, IHM General Superior. 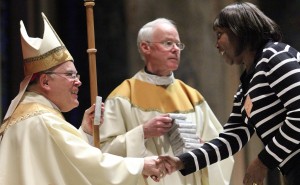 Archbishop Chaput congratulates Evelyne D. Belneau from Incarnation of Our Lord Parish, Philadelphia, with the St. Charles Borromeo award recognizing her 25 years as a religious educator. Father John J. Ames, deputy secretary for catechetical formation in the Archdiocese, is at center.

Some of the more than 5,000 catechists who teach religious instruction to the Archdiocese of Philadelphia’s 50,000 children enrolled in Parish Religious Education Programs (PREP) were honored by Archbishop Charles Chaput during a liturgy Jan. 6 at the Cathedral Basilica of SS. Peter and Paul in Philadelphia.

In addition, seven directors of religious education were honored for their anniversaries of 10, 20 and 25 years of leading PREP programs in parishes of the Archdiocese.

PREVIOUS: “Glory to God in the highest and on earth peace to those on whom his favor rests.”

NEXT: Retreat offered for Catholic mothers, grandmothers in Chester County