Recanting of former priest’s testimony has no bearing on Msgr. Lynn, lawyer says 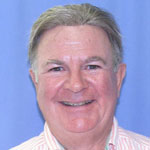 Only days before the start of the March 2012 trial of Father James Brennan and Msgr. William Lynn on charges related to the clergy sexual abuse scandal, former priest Edward Avery admitted he’d sexually assaulted a 10-year-old altar boy at his Northeast Philadelphia parish in 1999.

Avery — who was laicized, or removed from the clerical state, in 2006 — pleaded guilty and soon began serving a sentence of two-and-a half to five years in prison.

Now Avery says he never touched the boy and only entered his guilty plea to get a lighter sentence. He recanted his testimony Jan. 17 on the witness stand at the trial of Oblate of St. Francis de Sales Father Charles Engelhardt and former Catholic school teacher Bernard Shero. Their trial began this week.

Both men are charged with sexually assaulting the same altar boy from 1998 to 2000.

Msgr. Lynn was convicted of conspiracy in June, becoming the first high-ranking clergyman in the United States to be convicted for failing to deal with the abuse scandal in the church. He is currently serving three to six years in state prison. Father Brennan awaits a retrial in the spring after his case ended in a hung jury in June.

While the revelation in the courtroom this week was dramatic, one veteran legal expert believes it will have little bearing on Msgr. Lynn.

If Msgr. Lynn’s case is appealed to Pennsylvania Superior Court as expected, the court can only review the facts of the case as presented at trial, not Avery’s new recanting of testimony, Lindy said.

“In terms of the Superior Court appeal this has zero impact,” he said. “It’s not part of the record, it’s an unrelated proceeding. It’s not part of his (Msgr. Lynn’s) case.”

If an appeal is made to reduce Msgr. Lynn’s bail, the Superior Court already denied that request last summer and is unlikely to approve it now, Lindy believes.

At any rate, he does not expect any decision to come soon.

“The Superior Court is going to sit on this. It’s too hot. It’s too controversial,” he said.

Another strategy for Msgr. Lynn could be to utilize a “post conviction release act” to appeal the conviction only after he has served his minimum sentence – three years – and as he begins his parole.

Avery could be charged with perjury as a result of recanting his earlier sworn testimony, in which case a successful prosecution would result in jail time in addition to the sentence he is now serving.

Lindy does not think the district attorney will press perjury charges, but neither does he think Avery will serve any less than the five year maximum of his sentence.

As to why Avery would recant his earlier testimony, Lindy suggested it could be a matter of pride, since Avery passed a polygraph test before last year’s trial indicating he believed he was being truthful about not assaulting the altar boy in question.

But Lindy suggested the real reason may be financial. “(Avery) doesn’t want a civil judgment,” the lawyer said, adding the former priest may have financial resources he wishes to shield from lawsuits.