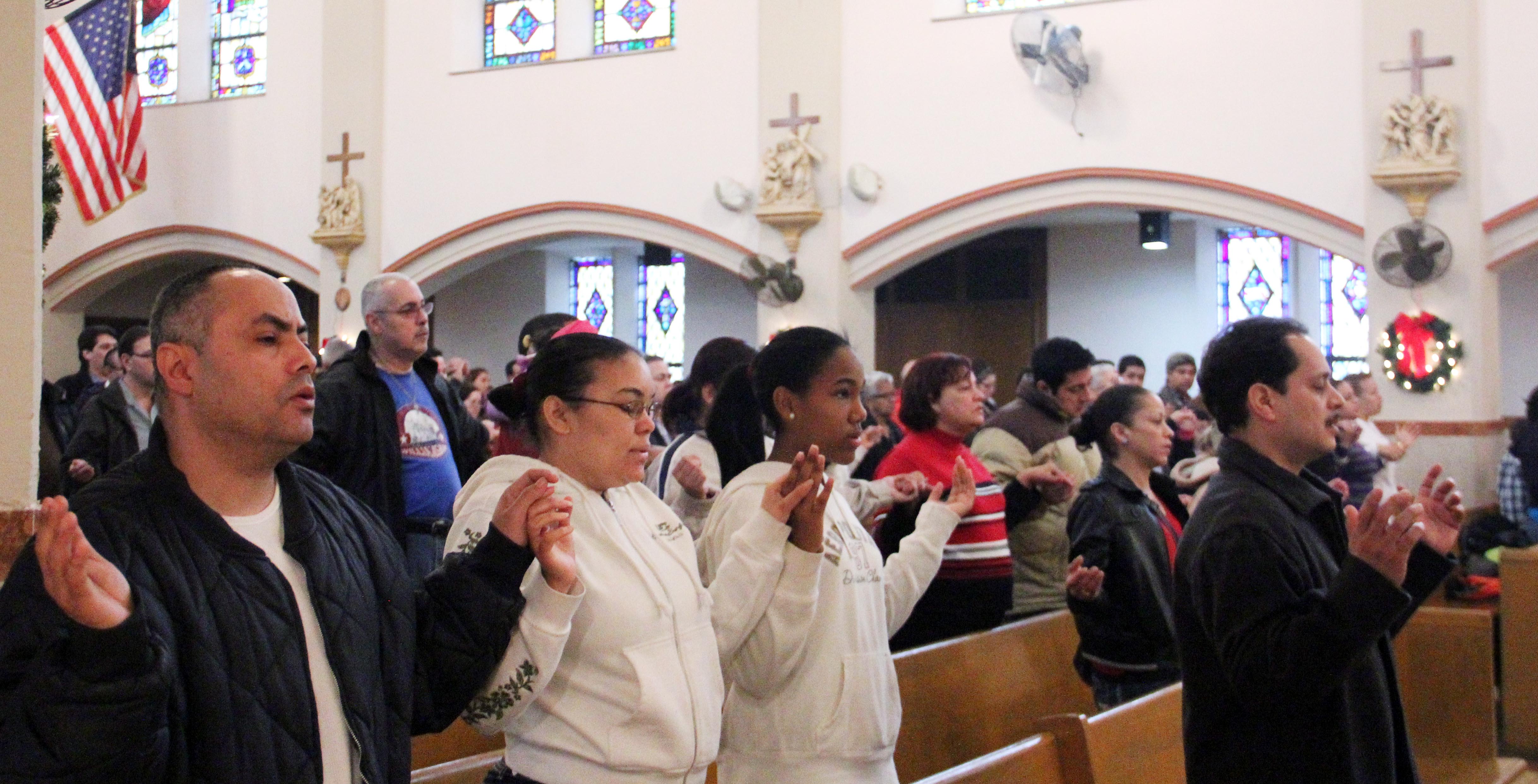 Parishioners of St. Hugh of Cluny pray together at Mass on Sunday, Jan. 13. During Mass it was announced that their parish will merge with St. Veronica Parish. (Photos by Sarah Webb)

As the latest step in the ongoing archdiocesan strategic planning, Lower Northeast Philadelphia’s St. Hugh of Cluny Parish will close and merge with St. Veronica to form a new parish, keeping the St. Veronica name. The announcement was made at all Masses at the parishes Jan. 12-13.

The merger is effective Jan. 27. St. Hugh of Cluny will remain as a worship site for the time being.

Both parishes are located in PPA (Parish Planning Area) 560, have a heavily Hispanic population and are staffed by priests of the Institute of the Incarnate Word (I.V.E.) as pastors.

St. Hugh, which was founded in 1922 in the Fairhill neighborhood, averaged 532 weekend worshipers according to the 2011 October count.

That is a process in which parish personnel count all attendees of Masses during each of the four Sundays of October each year in every parish of the Archdiocese. The resulting statistic, often compared to the number of registered members of a parish, gives a useful tool for measuring one aspect of parish life.

St. Veronica, founded in 1872 in Hunting Park, had 691 weekend worshipers.

Father David M. Vidal, I.V.E., is pastor of St. Veronica and administrator of St. Hugh. He will continue on as pastor of the newly reconstituted St. Veronica and will be officially installed along with the new joint pastoral and finance councils by Bishop Michael J. Fitzgerald on Saturday, Jan. 26, during the 5:30 p.m. liturgy at St. Veronica. 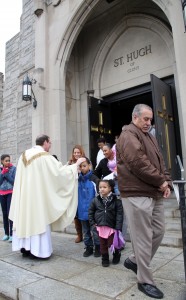 As a worship site of St. Veronica, St. Hugh will continue to have Masses celebrated and “be a vibrant place of worship,” he pledged.

Jesus Burgos, who has been youth director at St. Hugh, said, “I’m neutral on this decision. As a parishioner, whether it is here or there I will give 100 percent wherever God has me.”

The decision to merge the two parishes was mostly done for financial realities, Burgos thinks. The people are poor and cannot afford to keep their parish going.

“I like the fact that Father Vidal is moving towards a worship site, but saying, ‘Let’s build on it.’ We have so many Hispanic people of different nationalities. We want to get everyone together. The old folks have been doing the work, now the young people are stepping up. Kids are resilient.”

Although there are no other announcements for PPA 560 at this time, it is expected there will be further announcements in coming weeks or in the spring. Other parishes in the PPA that could be affected are Holy Innocents, Mater Dolorosa, St. Joachim and St. Joan of Arc.

Earlier in January it was announced there would be three mergers affecting five parishes in PPA 600 and one parish in PPA 610.