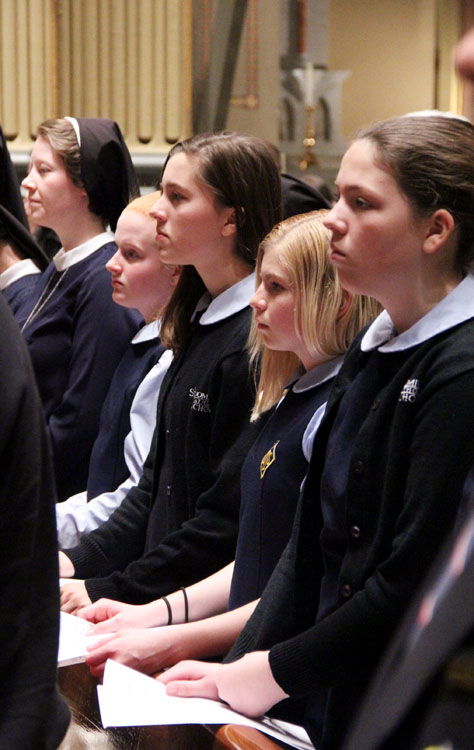 Students from St. Dominic School attended the mass honoring the new Holy Father. Before he was elected they had an election of their own choosing him as the pope.

The next time there is a papal election, it might be just as well to skip the white smoke/black smoke suspense and endless speculation on who will be elected pope. Just call up St. Dominic School in Northeast Philadelphia and find out what the seventh-grade kids think.

The seventh graders ran their own election the day before the cardinals decided, and you guessed it, the clear winner was Cardinal Jorge Mario Bergoglio of Buenos Aires, Argentina.

Here’s how it worked, according to Immaculate Heart of Mary Sister Danielle Bernadette, who teaches grade seven.

The entire College of Cardinals was divided up with each student taking five or so cardinals to research. The students then picked one of them to represent at their “conclave” and then explain to his or her fellow “cardinals” what they had done and what they thought the Church should do.

Now in the Sistine Chapel conclave a two-thirds majority was needed for election. At St. Dominic School, because they wanted their decision before Rome’s, they settled for a simple majority. Voting was on Tuesday, March 12, the day before the cardinals finished voting.

At St. Dominic’s (where no one had to take an oath of secrecy), Cardinal Bergoglio received 16 votes out of 25, which really at 64 percent is just shy of the two- thirds needed in Rome.

Several of the St. Dominic electors were at the March 17 Mass in Thanksgiving for the Election of Pope Francis celebrated at the Cathedral Basilica of SS. Peter and Paul by Archbishop Charles J. Chaput, where they brought up the offertory gifts. Among them was Melanie Dubenko, who researched Cardinal Bergoglio, and assumed his persona for her presentation.

Marie Dale, who cast her vote for Cardinal Bergoglio after the presentations, said, “I felt it was ironic that the pope was our actual choice.”

Melanie’s presentation had a lot to do with the election, according to Brianna Serverson, who said, “It was very well put together. What she told us about him made me think he would be a very good pope.”

The seventh graders were at a computer class when the white smoke signaled the election of the new pope, but Sister Danielle Bernadette ran to tell them.

Never mind that the school day ended before the actual announcement, many students stayed behind to watch history unfold, and of course, were elated by the results.

It is pretty much an open secret Cardinal Bergoglio was the runner up in the conclave that elected Pope Benedict XVI. At this St. Dominic Conclave the runner up was Cardinal Angelo Scola of Milan.

What do you think for the next time around? 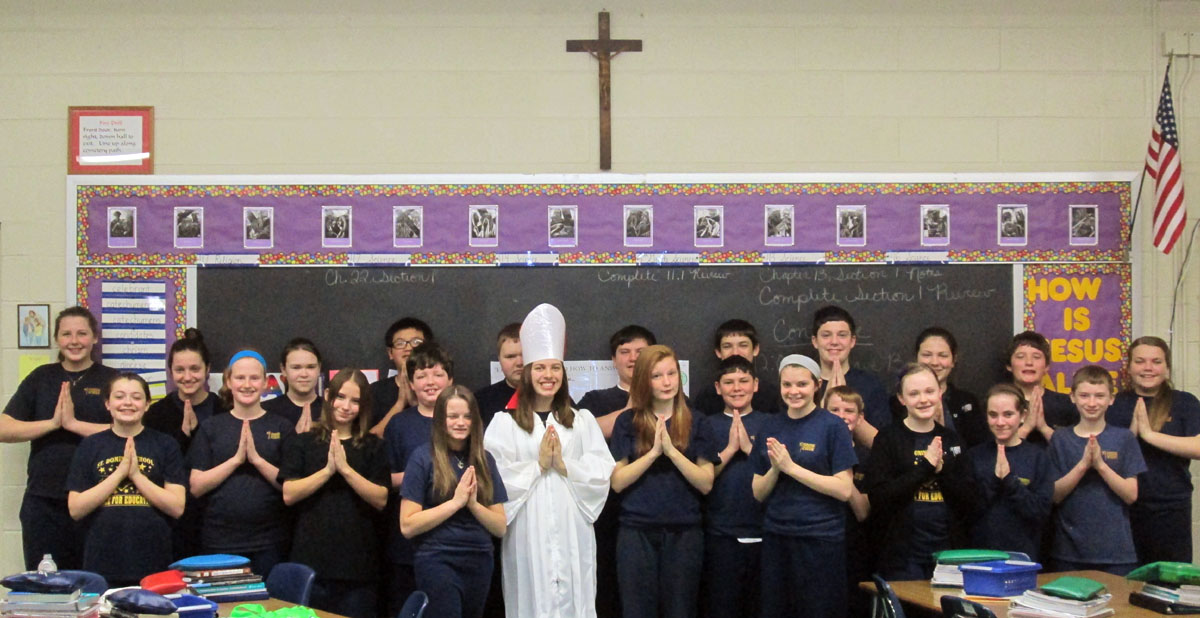