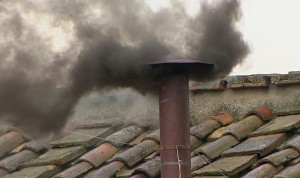 Black smoke billows from the chimney on the Sistine Chapel in this still image taken from video March 13. The black smoke indicated that cardinals did not elect a new pope In the morning voting session of the conclave’s second day. (CNS photo/Reuters)

VATICAN CITY (CNS) — More black smoke poured from the chimney on the roof of the Sistine Chapel at 11:40 a.m. March 13, which seemed to indicate the 115 cardinal electors failed to elect a pope on their second and third ballots.

The cardinals had voted once March 12 without electing a pope. According to the schedule published before the conclave, the cardinals were to take two votes in the morning of their first full day in the Sistine Chapel and return to their residence at 1 p.m. for lunch if the voting was unsuccessful.

Ballots are burned a maximum of twice a day: White smoke would pour out of the chimney at mid-morning or mid-afternoon if one candidate received the 77 votes needed to be elected pope; and black smoke would puff out at midday or late evening if the two morning or two evening ballots were unsuccessful.

Two stoves, leading to one smokestack, were installed in the Sistine Chapel for the conclave. The ballots and any notes or tallies individual cardinals made are burned in one stove. The other stove burns special chemical pellets designed to create clouds of black or white smoke for a full seven minutes.

Because they are incommunicado during the conclave, the smoke stack is the only way the outside world knows what is happening with the cardinals, who come from 48 countries.

Despite it being a rainy work and school day, several thousand people were in St. Peter’s Square watching the smokestack in the hopes of seeing white smoke and being closest to the balcony of the basilica where a new pope would emerge.

Father Kevin Elgrave, a priest of the Archdiocese of Toronto studying in Rome, was in the square early, holding an umbrella, a Canadian flag and a rosary.

“I wouldn’t miss it for anything … rain or not,” he said. It is important to be in the square and pray, “to be so close to them (cardinals).” 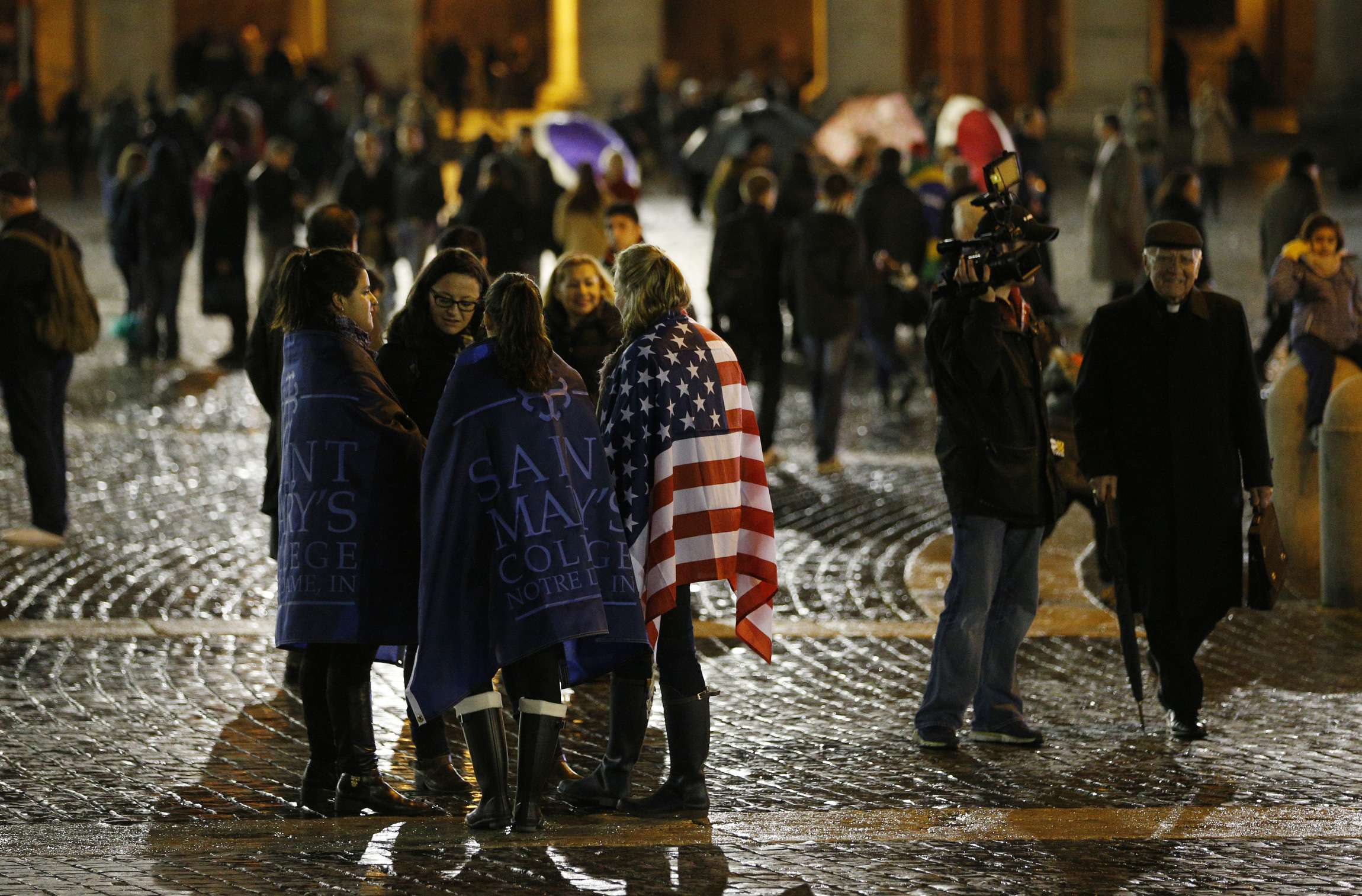 Pilgrims wearing flags from the U.S. and St. Mary’s College in Indiana congregate in St. Peter’s Square after watching black smoke disperse over the Sistine Chapel at the Vatican March 12. (CNS/Paul Haring)