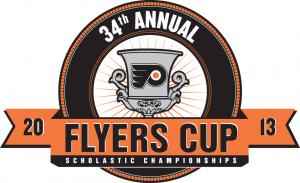 The two finalists emerged via different routes, each impressive in their own particular way.

“Sometimes you need a little bit of luck,” said HGP sophomore Mike Major. “Put the puck on net and good things can happen.”

Major had scored the most important goal of his career with four minutes into the final period to give the Firebirds a 2-1 semifinal victory Thursday night, March 7, over a determined Father Judge team. Junior Ian Damiani’s aggressive pursuit of the puck eventually ended up in a crowd of players, and Major chipped home a shot from in close.

Holy Ghost outshot the Crusaders by 30-20, but terrific goaltending by HGP junior Peyton Jones and Father Judge’s Tim Browne kept the score tied at 1-1 heading into the third.

The Firebirds had taken a 1-0 lead 7:03 into the opening period on a goal by senior Kevin Clifton, with assists going to senior Dylan Cerebe and senior Bobby Marlin. Exactly seven minutes later, Jerry Soule and Guy Roby III set up Barry Kneedler for the equalizer.

Though tied heading into the decisive stanza, HGP’s players talked about being confident that they were in control of the game because it appeared as though Father Judge was becoming fatigued.

“Once we got the lead, we were in great shape,” Major said.

Seeking its first Cup since 2007, second-seeded HGP (17-6-2) now faces a La Salle squad that easily raced past Malvern Prep, 9-3. It will be a rematch of last year’s final, won by the Explorers, 6-3. La Salle (18-2-1) then went on to capture the state championship for the third time in five years and fourth altogether.

La Salle has solidified a monopoly in the prestigious Flyers Cup Tournament, with four championships in the past five years. The Explorers also won the Cup in 1996 and 1998. Heading into the final, La Salle has outscored its competition by 276-79.

Also in the running for a Flyers Cup title is Archbishop Wood. The sixth-seeded Vikings edged Unionville, 5-4, Thursday night to advance to the Class A tournament quarterfinals, scheduled for Monday night at Ice Works in Aston.