First rule of retreat planning: The theme sets the scheme 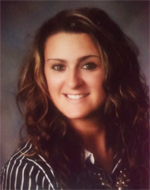 During the Lenten and beginning of the Easter season, I took a short break from discussing retreats. But I’m back! So get your pens and pencils out ladies and gents. Today’s topic: Picking a retreat theme.

We’re talking in terms of getting the ball rolling here. If there’s no theme to a retreat, then a number of things have to be put on hold: a design; advertising since there’s no design; which means candidates get put on hold because they can’t find out about it; and the team is put on hold because we can’t have a team unless we have most of the ideas either optional or set in stone. So as we can see, the theme sets the scheme.

Don’t sweat this! There are many ways to build or create a theme for a retreat. The old-fashioned way, which I think can be the most difficult, is sitting around and thinking or bouncing ideas off the retreat coordinators (this can be difficult with little experience). If that doesn’t work, try idea number two: Base it on a television show.

The first retreat I ever led was called Legends. We called it this because it was based on the show “Legends of the Hidden Temple.” We used the teachings of Theology of the Body for the informational part of it. The idea worked out perfectly! Think about it, our bodies are temples … get the picture?

We had everything down to a “T” when it came to paralleling the show: The small groups had the team names from the show (I was a Silver Snake). Saturday is when the bulk of information and activities happen, so we decided to make the obstacle course like that in the show but make every obstacle relate to TOB teachings. The main room was decorated like a jungle. We went all out!

This is most important: Go all out. This phrase may actually be easier for adults to understand. Parents go all out for their kids because well, let’s face it … we’re your kids! For those of us without children, we need to remember that the theme of a retreat should literally be in everything we do on the weekend, no ifs, ands, or buts about it!
Go all out by putting the theme in things we don’t normally think of. Try drawing little symbols on name boards, give catchy names to the titles of talks, create a name tag that connects, and have a paralleling introduction to the retreat and the theme.

My first year doing this, we had people sit outside and meditate. One by one the voice of Olmec (a character from the show) called everyone into the main room. It was not until they came in for the first time that they knew the voice was actually a metaphor for God.

We want to make sure that we are blowing the kids away because we need to understand that even though we tell them to be open-minded, they don’t always come into the retreat that way. By making an incredible visual and creative environment, we are actually able to eliminate any reason or excuse they may have to neglect the experience. We are encouraging them to dig deep! But we must dig deep first.

Preparing retreats can be incredibly stressful! Pray this Bible verse in tough or uneasy times: Phillipians 4:13. Have a lovely week!

Christina Mastroeni is a senior at Holy Family University, Philadelphia, and an intern at CatholicPhilly.com.

PREVIOUS: Rules to live by in the social media world

NEXT: A powerful examination of America’s health care costs