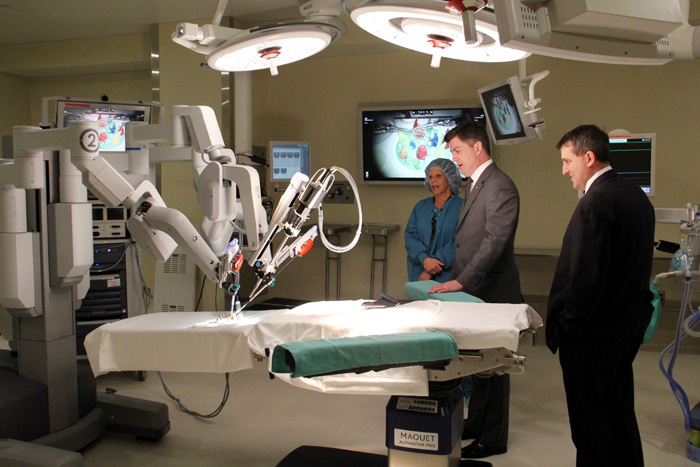 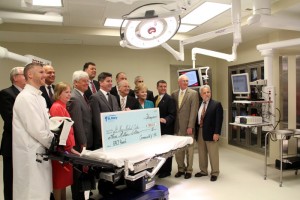 St. Mary Medical Center, a Catholic hospital in Langhorne, opened the doors April 5 to its recent expansion featuring four new operating rooms to support its growing number of patients in orthopedics, neurosurgery and robotic-assisted surgery, plus all general surgeries.

(Watch a video of the opening of the new facility at St. Mary.)

The state-of-the-art rooms include a sophisticated software-integration system designed to enhance a surgeon’s ability to perform minimally invasive procedures that ultimately result in faster recovery times and lower complication rates.

The $8.4 million expansion included a $3 million state grant awarded to St. Mary through the Redevelopment Assistance Capital Program (RACP). St. Mary was the only organization in Bucks County to receive the grant last year.

State legislators from the area and the Corbett administration helped secure the grant. 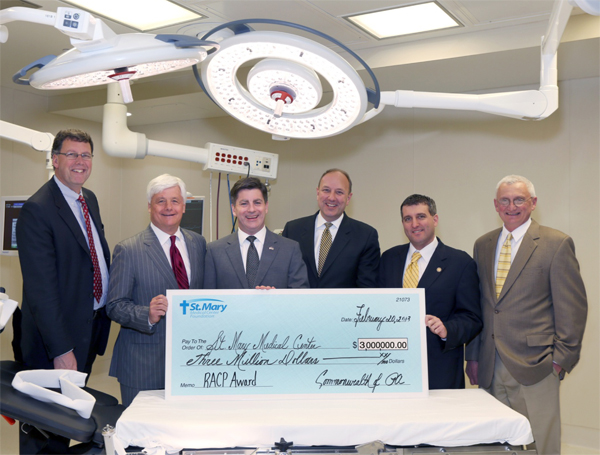 NEXT: Students pray for Boston