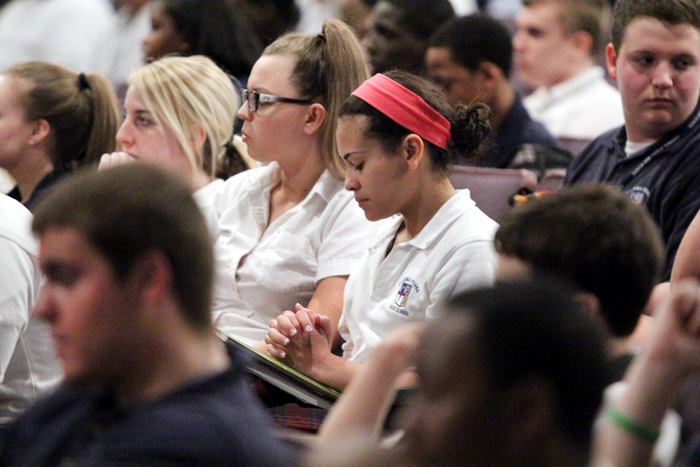 11th grader Nadia Colon participated in the rosary prayer service for those killed or injured in the Boston bombing.

On Friday, April 19th, students from Cardinal O’Hara High School came together to pray for those effected by the Boston Marathon bombing.  It was optional for students to attend and hundreds showed up in support.  Students from the running teams lead their classmates in praying the rosary.  The event was planned early in the week.  Little did they know as they gathered in the auditorium the police in Massachusetts would have captured one suspect and be in pursuit of the other. 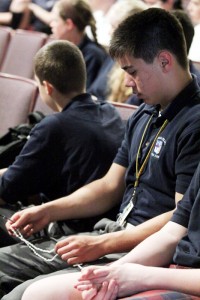 Freshman Sean Connolly prays, with rosary in hand, along with fellow students. 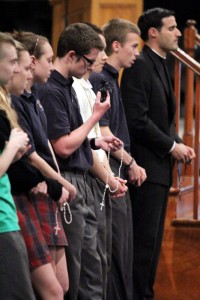 The running teams at Cardinal O’Hara High School lead the rosary prayer service for those who were injured or lost their lives in the Boston bombing. All students were invited to attend.