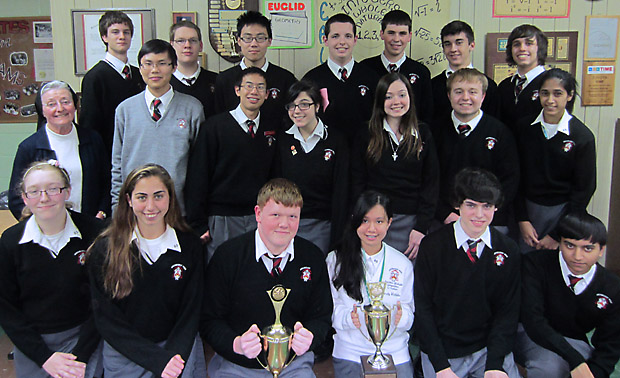 On Monday, April 29, the best of the Archdiocesan Schools will go against the best of the Public Schools at Washington High School on Bustleton Avenue in North Philadelphia.  In that competition the Ryan Teams will be joined by top Mathletes from Devon Prep, Shanahan and Merion Mercy.

NEXT: 300 St. Elizabeth parishioners give it their all during day of service