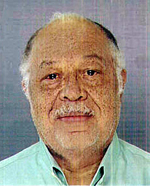 UPDATED — Abortion doctor Kermit Gosnell’s trial and conviction May 13 on three counts of first-degree murder for the killing of late-term babies and one count of manslaughter in the death of a patient serve as a searing counterpoint in the abortion debate  40 years after Roe v. Wade.

Gosnell, 72, was accused of snipping the spines of babies born alive during illegal late-term abortions at his Women’s Medical Society clinic in West Philadelphia. Pennsylvania law prohibits abortions after 24 weeks of gestation.

In a plea bargain with prosecutors, Gosnell accepted a sentence of life in prison without parole for two of the murders May 14. By accepting the consecutive sentences he avoided the death penalty that prosecutors had sought, and he agreed to waive appeals of his convictions.

At a May 15 sentence hearing, Gosnell received a third life sentence for the third murder conviction and another two and a half to five years in prison for involuntary manslaughter. Those sentences also are consecutive. He also was convicted of hundreds of violations of Pennsylvania abortion regulations.

(See more details on this story from Catholic News Service.)

In a distraction-driven culture that tries to ignore unpleasantness, the grisly details of the Gosnell trial with its of severed necks, blood-stained instruments, bottled fetal parts, botched procedures and filthy premises make it difficult to look the other way.

But those details gave the Gosnell case its particular relevance in the abortion debate. As Michael Geer, president of the Harrisburg-based Pennsylvania Family Institute, said in a statement, the Gosnell case in all its details points to “the big remaining question that the trial exposed for all Americans to see: how is it murder to kill a late-term baby outside the womb, but legal to kill it minutes earlier while still in its mother’s uterus?”

Archbishop Charles Chaput in his statement May 14 said the convictions of Gosnell “will surprise very few.  But nothing can bring back the innocent children he killed, or make up for the vulnerable women he exploited.”

“We should keep the repugnance of his clinic conditions sharp in our memories, and we should remember the media’s inadequacy in covering his case, because Kermit Gosnell is not an exception,” the archbishop said. “Others just like him run abortion mills throughout our country.”

Lila Rose of Live Action, a group opposed to abortion, agreed with the archbishop’s assessment.

“We must remember that Gosnell is not an outlier within the abortion industry,” Rose said. “We cannot allow these ‘guilty’ verdicts, welcome as they are, to make us complacent when it comes to continuing abuses happening even now in abortion facilities throughout our nation.”

Archbishop Chaput added that society must “stop cloaking the ugliness of abortion with misnomers like ‘proper medical coverage’ or ‘choice.’ It’s violence of the most intimate sort, and it needs to end,” he said.

Father Frank Pavone, national director of Priests for Life, echoed the archbishop’s point, saying the “guilty verdict on charges of killing babies following abortion shows that the law recognizes a point at which the ‘right to choose’ must yield to the ‘right to life.’”

Gosnell obviously operated beyond the margins of safety and well beyond 24 weeks, the legal limit for performing abortions in Pennsylvania.

“Gosnell was known as a doctor who would perform abortions at any stage, without regard for legal limits,” the indicting grand jury reported. “His patients came from several states, including Delaware, Maryland, Virginia, and North Carolina, as well as from Pennsylvania cities outside the Philadelphia area, such as Allentown. He also had many late-term Philadelphia patients because most other clinics would not perform procedures past 20 weeks.”

Edel Finnegan, director of the Pro-Life Union of Greater Philadelphia, called Gosnell “a particularly egregious abortion practitioner” but added, “I think that is the nature of the business. I hope it opens people’s eyes to the reality of abortion and the humanity of the unborn child.”

In the final analysis, an important outcome of the Gosnell case is whether it prompts a nationwide soul searching over the meaning of abortion. That includes possible reappraisal of the legal arguments used to justify the practice.

Is abortion protected by an inherent — but unstated — right to privacy in the Constitution?  Or is it the taking of a developing human life — feticide?

When it comes to late-term abortions – the heart of the case against Gosnell – even such pro-choice advocates as the late Senator Arlen Specter recognized the dilemma. When called upon to overturn President Bill Clinton’s veto of Congress’s ban on partial birth abortion, he refused, calling it “equivalent to infanticide.”

John T. Gillespie is a freelance writer living in Philadelphia.