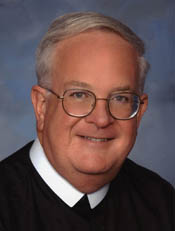 Brother Thomas McPhillips, F.S.C., a La Salle University biology professor who also moderated the jazz and pep bands, died June 6, in his sleep at a Christian Brothers’ residence on North 12th Street in Philadelphia. He was 63.

The funeral Mass will be celebrated Tuesday, June 11 in the De La Salle Chapel at the university’s main campus in Northwest Philadelphia at 7 p.m. Burial will be on Wednesday, June 12 at 11:30 a.m. in the Brothers’ cemetery in Beltsville, Md.

“Brother Thomas has been a La Salle star — an excellent teacher and researcher, committed to students as an adviser and friend and, above all, a man of faith, integrity and compassion. He will be sorely missed,” said La Salle University President Brother Michael J. McGinniss, F.S.C.

Brother Thomas was born Sept. 8, 1949, and grew up in Philadelphia’s West Oak Lane section. While a student at La Salle College High School, he saw how much the Christian Brothers enjoyed teaching, which influenced him to join the order.

“I remember the brothers were just such a happy group of people. They seemed to be very contented with what they did, and at the time I was very fortunate to have many excellent teachers. I can remember having the love of teaching instilled in me at that point,” he said in an interview with La Salle’s student newspaper, The Collegian.

Brother Thomas was a 1972 graduate of La Salle University. He earned his M.S. in biology from Villanova University in 1977 and his Ph.D. in virology from Baylor College of Medicine in Texas in 1984.

He also taught a seminar for student teachers preparing to teach secondary school science, and he supervised those students at area high schools when they did their student teaching.

During his first year at La Salle, Brother Thomas became adviser to the jazz and pep bands and immediately began invigorating them and playing the trombone with them at athletic events. “The band is one of my greatest joys. It’s being with the students that I love the most,” he said in another interview with The Collegian.

In the same interview, Brother Thomas said he started playing the piano as a young child but began playing the trombone while in high school, where he was a member of the band. He had traveled to Vienna, Austria, several times because of its musical heritage.

In 1994-95, Brother Thomas taught at Bethlehem University in the West Bank, a school operated by the Christian Brothers whose student body is predominately Muslim.

He was awarded summer study grants from the University to be a research scientist at the University of Maryland, where he studied viruses. He also participated in a study that led to the naming of a new genus of viruses, the Aquareoviruses. He was the author of 24 scientific publications.

Brother Thomas is survived by a brother, Clifford, his wife Marianne, nieces Shannon and Kara, a nephew, Patrick, and seven great nieces and nephews.

NEXT: Lifelong Philadelphian and Tacony parishioner Anna Legin dies at 100