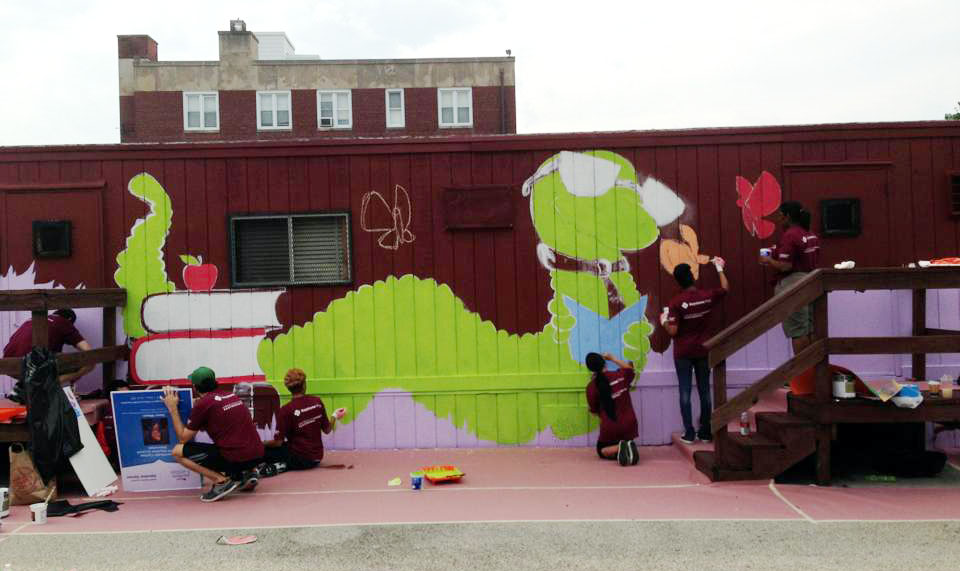 It’s been over two years in the planning, but the wait was worth it. St. Raymond of Penafort School in the Mount Airy-Cedarbrook section of the city has a brand new playground which officially opened in mid-June, just in time for the parish summer camp.

“I went to St. Raymond School and we never had a playground,” said Tamika Yates, whose daughter Taylor is entering second grade at St. Raymond this year. “To have a playground is a great addition. Now the children will have a safe environment for play.”

“It’s another way for school kids to have enriching exercise and it also shows the parish is alive, still here and wants to draw families into the Church,” said Father Chris Walsh, pastor.

Education and health care are two of the Sisters of Mercy’s most important ministries, Sister Kathleen said. “So it is very appropriate that these organizations with Mercy origins are coming together to build a healthy community.”

The St. Raymond playground is just one of eight with more on the drawing board that AmeriHealth has funded around the country. The entire effort is designed to promote healthy lifestyles and safe environments for the families served, especially in disadvantaged areas.

The new playground is about 3,600 square feet in area taken from the parish parking lot. Covered with soft blue and black resilient squares it has an assortment of sliding boards, climbing poles, jungle gyms and tunnels. Interestingly there are no swings. That’s because most playground accidents involve swings, Father Walsh explained. “It’s geared to children 4 to 8,” he said.

“It’s another way for school kids to have enriching exercise and it also shows the parish is alive, still here and wants to draw families into the Church.” 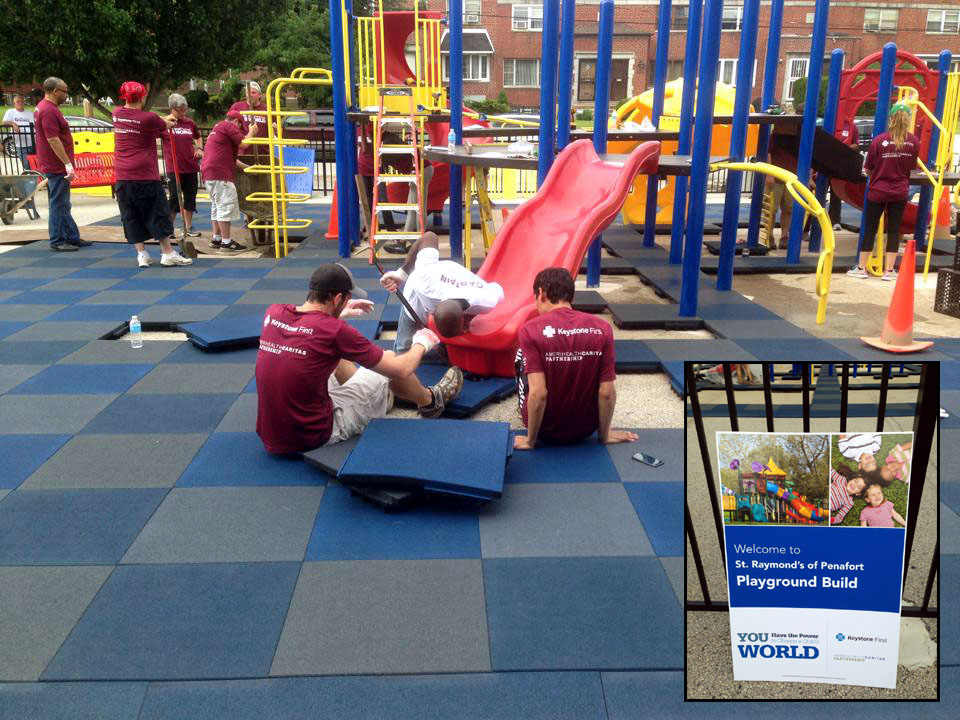