A stab at Netflix yields a look at true happiness 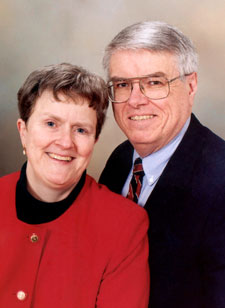 We’re not sure how, but a few days after Christmas we chose a documentary titled “Happy,” directed by Roko Belic.

From the description, we didn’t know what to expect but with so many Netflix options, we knew if it didn’t grab and hold our attention we could quickly — with just a few clicks — dump it.

But it grabbed our attention. We found it touching, especially since Monica has been in hospice care for cancer since last February. Her health has gradually declined. Throughout this past year, we’ve thought a lot about and prayed a lot about happiness and grief, particularly about eternal happiness.

There was nothing really surprising in the movie. Although not religious in nature, it offered a basic Christian message: Realize what really matters and focus on that. Focus on love, focus on others, on service, on gratitude, etc.

The film featured interviews with all sorts of people in all types of situations all over the world; each person was pleased to say he or she was happy.

The filmmakers pointed out that we all want to be happy and that even the U.S. Constitution speaks of the “pursuit of happiness,” without saying how to reach that goal.

They also noted it wasn’t a matter of money. Yes, it takes a certain amount to avoid being destitute, which brings all kinds of unhappiness with it, but they said research showed that there wasn’t much difference in happiness between someone earning $50,000 a year and someone making $500,000 a year.

One interview that stood out for us was a fellow who makes much less than $50,000 a year and once earned much more. He spoke of his work at Blessed Teresa of Kolkata’s Home for the Dying. It was obvious how much joy (and peace) it brought him.

As the new year moves forward and some standard resolutions fade away, this might be one you can keep: Consider how you can be happier, or can become happier, how you can have a happier marriage, a happier family, a happier work life.

Monica Dodds, a longtime columnist for Catholic News Service and other Catholic press outlets, died Jan. 6 after a long fight with cancer.

NEXT: Martin Luther and the law