Martin Luther and the law 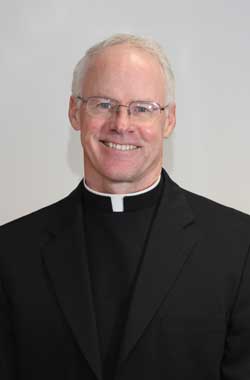 Tom: Joe, are you going skiing over the Martin Luther King holiday?

Joe: I am thinking about it.

Tom: I often wonder how we got a national holiday after a guy who started the Protestant Reformation?

Martin Luther King Jr. Day is a federal holiday marking his birthday. It is observed on the third Monday of January, near King’s birthday (January 15). President Ronald Reagan signed the holiday into law in 1983.

The two Martins were born nearly 450 years apart on opposite sides of the world. One lived in medieval Germany, the other in Georgia, during the depression. Both were men of faith, reformers who changed the worlds in which they lived. Each earned doctorates in theology.

Luther was a lecturer at the University of Wittenberg, King was pastor of a Baptist church (a branch of Christianity that emerged from the Reformation that Luther started.) Both were orators and authors. Each challenged what they considered to be injustices. However, they differed significantly in their appreciation of a great Catholic saint.

St. Thomas Aquinas (1225-74, feast day: January 28) was a Dominican priest with a brilliant intellect. He was the most prominent proponent of scholasticism. Scholasticism used the writings of Aristotle and the Fathers of the Church to better understand God, scripture, and truths of faith. St. Thomas maintained that God had endowed human beings with the gift of reason so that we could come to a deeper knowledge of God and His will for us.

Luther (1483-1546) had a loathing for philosophy in general and scholasticism in particular. He despised Thomas Aquinas and maintained that human reason, so damaged by sin, could not know or say anything about God. Only the bible, the inspired word of God, revealed the truth about God. Philosophy, on the other hand, confused the truth. Reason is useless. Luther was the first to translate the Bible into German, but not until he publicly burned the works of Aquinas.

King had a different perspective on St. Thomas. In 1963, while in jail for leading a protest against racial segregation, he composed his inspiring “Letter from a Birmingham Jail.” King’s letter was a response to concerns raised by other Alabama clergy. The clergy argued that racial segregation should be fought in the courts, not in the streets. They criticized King for creating tension and causing trouble. King wrote that the non-violent protests were necessary because “Injustice anywhere is a threat to justice everywhere,” and that “Justice delayed is justice denied.”

A major concern through all of this was that of breaking the law. King was accused of breaking the law to change the law. To alleviate this worry, King appealed to the writings of St. Thomas Aquinas. “One may well ask,” King wrote, “How can you advocate breaking some laws and obeying others? The answer lies in the fact that there are two types of laws: just and unjust. I would be the first to advocate obeying just laws. Conversely, one has a responsibility to disobey unjust laws. A just law is consistent with God’s law. An unjust law is out of harmony with the divine law. To put it in the terms of St. Thomas Aquinas: An unjust law is a human law that is not rooted in eternal law.”

King refers to St. Thomas as a foundation for his protest. Were protesters offending God when they broke the law and sat at a lunch counter? “No,” said Dr. King. Since segregation statutes were unjust laws, he had a moral obligation to disobey them.

Two Martin Luthers, two very differing opinions of St. Thomas. In 1964, at the age of 35, Martin Luther King Jr. was the youngest man to receive the Nobel Peace Prize. On the evening of April 4, 1968, he was assassinated. Had King lived to see the dire consequences of Roe v. Wade, the innocent children torn apart in the womb, he would have applied Aquinas’ logic to this most pressing societal ill.

PREVIOUS: A stab at Netflix yields a look at true happiness

NEXT: Creed helps us see Jesus’ identity, and our destiny