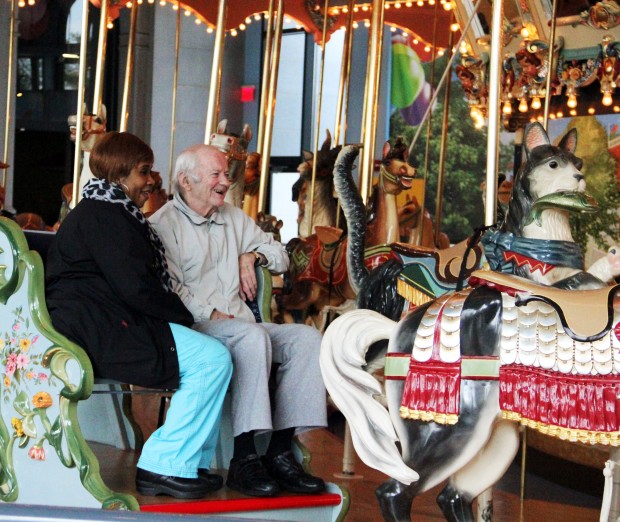 It is generally agreed that Philadelphia’s Please Touch Museum, now located in the old Memorial Hall in West Fairmount Park, is a great place to take little kids. What other museum can you take them to and not worry about them wrecking the costly exhibits? Everything is child-friendly and virtually unbreakable.

Who knew it can also be a wonderful outing for the frail elderly?

St. Francis Country House, an archdiocesan nursing facility in Darby, has a program through which a small group from the dementia unit is chosen monthly for an excursion to a park, a zoo, a shopping center, whatever. It has to be place that isn’t too big or too confusing, just pleasant.

Last month the excursion was to Please Touch, and in a way it was appropriate. St. Francis Country House celebrates its centennial this year; Memorial Hall is the last remaining major structure built for the gigantic United States Centennial Exhibition in 1876.

Present at the excursion were Charles, Norma , Margaret, Mabel and Robert, all in wheelchairs accompanied by St. Francis Volunteer Coordinator Susan Clark, their driver, Phil, a couple of other volunteers, a nurse and a nursing assistant. 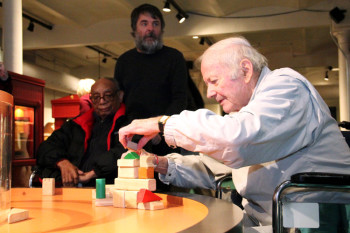 A very first stop was to the historic carousel that is the centerpiece of a small pavilion added on to the museum to house it. Some of the visitors may well have  rode this particular carousel in their childhood, because it was built in 1906 and graced Woodside Park, which was once the Philadelphia area’s largest amusement park and not far from where the Please Touch Museum is today.

“I rode the carousel when I was little. I think it is pretty neat,” said Margaret, who along with Norma and Charles took a nostalgic ride on it.

Robert especially liked the rocket exhibit, and maybe that’s appropriate. As a young man during World War II, he was attached to the famed Tuskegee Airmen. “I didn’t fly,” he explained. “I rode a desk, but I’m proud of it.”

“This was our third visit here,” Clark said. “We started the program three years ago. We don’t go places that are too big or too confusing. The residents don’t say much, but they smile and we know they are having a good time.”

The museum is happy to accommodate the elderly visitors too. 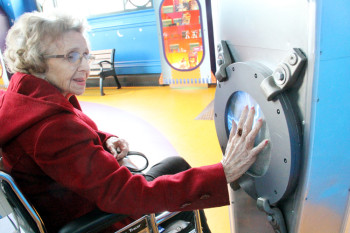 Resident Mabel Carr sees the effect of electricity while on their trip to PTM.

“Please Touch Museum has long been committed to making the arts accessible despite their circumstances,” said Please Touch President and CEO Laura Foster.  “Providing exhibits and programs that are inclusive and interactive for all visitors is central to the museum’s mission and cornerstone of our organization.”

The exhibits certainly are inclusive and interactive, but at the end of the day, it wasn’t the exhibits that the elderly nursing home residents mostly enjoyed.

Each described a variation on the same theme.

“I think I liked the little tots running around,” Mabel said. “I had three, all married with children. It brings back memories.”

“That’s the best thing, it takes you back years seeing the little kids doing their thing,” Charles added.

NEXT: Life to the fullest