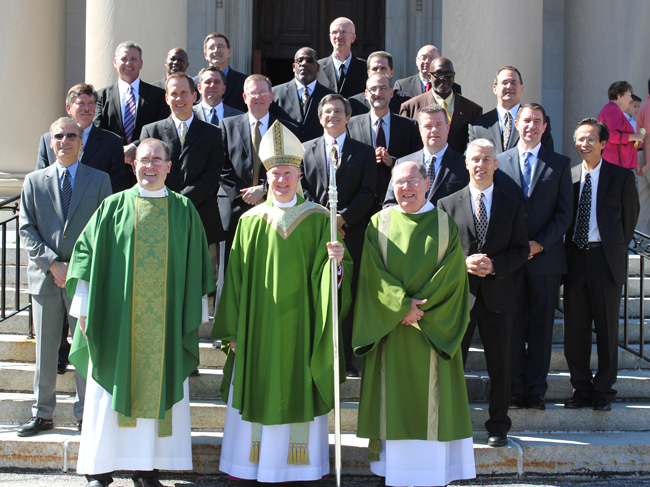 Twenty-one men are beginning their journey to become permanent deacons in the Archdiocese of Philadelphia.

The men now begin a five-year period of academic and spiritual formation before their eventual ordination as deacons serving the Church in the Philadelphia Archdiocese.

Father Patrick Brady, dean of the Permanent Diaconate Division at St. Charles, concelebrated the Mass. Deacon of the Mass was Deacon James Owens, director of the Office for Permanent Deacons.