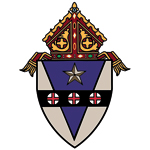 While the cemeteries lease with an upfront payment of $53 million will make a dent in the $350 million balance sheet liability, it will not solve it completely. But it is progress.

Tim O’Shaughnessy, who joined the archdiocese as Chief Financial Officer early last year, explained where we are and where we have been.

Back in July when the archdiocese released audited financial statements for the fiscal year 2012, it reported an operating deficit for the year of slightly more than $39 million. Of this, about $18 million was in what was considered non-recurring expenses and a $3.8 million depreciation charge that had been previously ignored.

After this there was a core $17 million in what would be a recurring deficit in future years if no actions were taken. But the actions taken, including the reduction by 25 percent in the number of employees, lower this figure to about $5 million in annual deficits in future years and hopefully will be completely eliminated at some point.

The largest is the Lay Employee Pension Plan, which from an actuarial standpoint is underfunded by $152 million.

While that plan has sufficient assets to cover present payments, the Priests’ Pension Fund should have $90 million in it, but at this point is essentially unfunded and payments are made from current archdiocesan-wide pension charges.

The Trust and Loan Fund, into which parishes deposit their savings and loans are made to other parishes for their needs, is at this point underfunded by $82 million because of deposits in excess of assets.

Finally, the Risk Insurance Liability Fund is short an estimated $30 million. This fund exists because in many instances the archdiocese self-insures and must make payments from it as needed.

The Catholic Cemeteries’ lease “is the first transaction aimed at funding these liabilities,” O’Shaughnessy said.

In the cemeteries’ transaction there were three objectives established, O’Shaughnessy explained. First, the archdiocese would retain ownership. Second, the cemeteries would remain Catholic in accordance with the core mission and values of the Church. And third, there would be some protection for the full-time employees, with a period of time for employment protection, in this case two years.

Talks began with StoneMor in the fall of 2012 and have now come to fruition.

The resulting agreement that calls for an upfront payment of $53 million will address some of the balance sheet liabilities.

“We are going to use $30 million to lessen the liability in the Trust and Loan Fund and the remainder will probably be split 50-50 between the Priest Pension liability and the Risk Insurance liability,” O’Shaughnessy said. “We have not yet achieved what the archbishop refers to as ‘strong financial footing’ and it is too big a number to take small steps against.