St. Francis Country House staying true to its mission of care, after 100 years 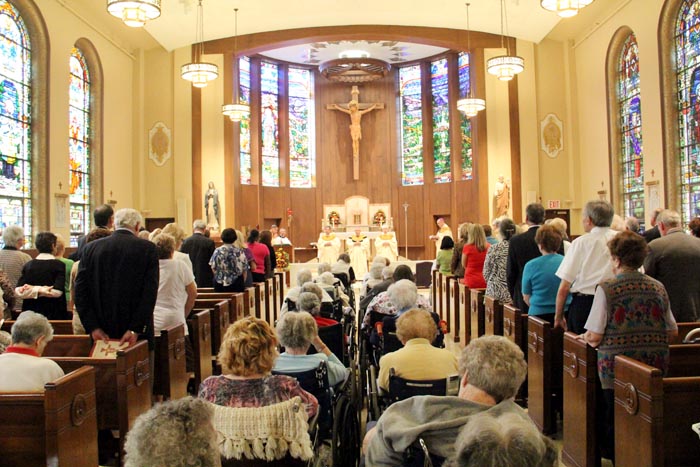 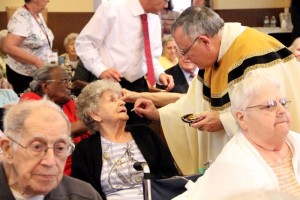 When St. Francis was founded in 1913, there were no such programs as Medicaid, Medicare, or any government or private health insurance plans. Under the fee for service system, if people were sick they paid the doctor and the hospital, if needed, out of their own pocket.

In Philadelphia the poor who could not pay received hospitalization at Blockley (later Philadelphia General Hospital), in West Philadelphia. As for after-care, they were on their own.

A group of Catholic women were concerned for the welfare of poor women who had no place to recuperate after hospitalization, and they approached Archbishop Edmond Prendergast with the idea of establishing a facility where such women could receive further needed care until they were well enough to return home.

Archbishop Prendergast appointed Father Francis X. Wastl, who was already the Catholic chaplain at Blockley, to spearhead the establishment of a convalescence home to care for these poor women.

Very quickly sufficient funds were raised to at first rent then purchase an estate in Darby, Delaware County, that became the core of what is now St. Francis Country House. A Men’s Auxiliary that included many of Philadelphia’s most prominent Catholics raised the funds to purchase the property. A Women’s Auxiliary, along with the St. Vincent de Paul Society, raised the money for furnishing it. Both groups, along with a Junior Auxiliary, remained staunch supporters.

In those beginning decades St. Francis Country House was entirely free and although certainly Catholic was open to poor women of all religions or no religion, according to historic material supplied by Father Edward J. Kennedy, St. Francis’ current chaplain. 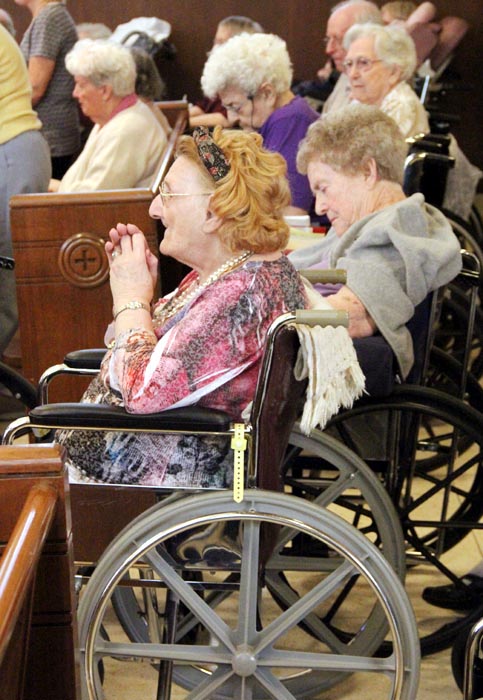 Initially the capacity was 40 beds. In 1916, according to an admission report, 593 women were admitted, ranging in age from 12 to 76. Of that number 200 were married, 246 single and 84 widowed. Among them were 63 mothers with babies. The women represented 17 countries of birth. The stay varied from two weeks to several months as circumstances dictated.

Cases studies contained heart-wrenching and heart-warming stories, for example: “B.L. – A worthless husband, the death of her twin babies, followed closely by an operation for appendicitis, so depressed this young woman that she was unable to regain any strength. For one year her condition remained almost stationary, and she had lost hope. Seven weeks at St. Francis gave her back her health and ambition, and now she is able to earn her livelihood.”

In 1920, at the invitation of Archbishop Dennis Dougherty, four Sisters of Bon Secours, led by Sister St. Justinian, arrived to take charge of St. Francis Country House. Generations of Bon Secours Sisters would follow until 1987 when dwindling numbers forced their withdrawal. At that same time, St. Francis became an archdiocesan institution rather than a private charity.

The extraordinary contribution of the Sisters of Bon Secours over two-thirds of the existence of St. Francis cannot be overstated.

“In the little chapel of St. Francis Home,” a congregation history records,  “marriages have been blessed, children of convalescent mothers have been baptized, husbands and wives, long estranged, have been reconciled to God …. Besides the immediate care of patients in the home the Sisters are concerned with their future welfare. When a girl leaves the home she is supplied with clothes, a suitable place is found for her to board, and work is obtained if she has no position awaiting her on discharge.”

Over time changes were made. St. Joseph’s Villa for sick or retired priests was established on the grounds, and there was also a gradual evolution to mostly long-term care rather than respite care. Other things remain very much the same.

“We have a wonderful place, a place of love and faith,” said John Chapman, current administrator of St. Francis, which is part of Catholic Health Care Services of the Archdiocese of Philadelphia. “That hasn’t changed. Many of our co-workers have been here for years and have that same dedication.”

Today’s St. Francis has 273 beds, mostly full, and although most are dedicated to long-term care, including a dementia unit, “history repeats itself,” Chapman said, with part of the facility dedicated to what is called “post-acute care,” which is pretty much the same as the original mission. Today, however, the main source of income would be reimbursements, especially through Medicare and Medicaid and other insurance programs.

If in the beginning it was all women, today it is still about 75 percent women, Chapman estimates.

After 100 years, “the Women’s Auxiliary is still strong with about 125 members,” according to Chapman. There are about 60 volunteers, probably 25-30 of whom are very active, which helps keep costs down.

“Our mission statement talks about compassion, respect, excellence, equality and dignity,” he said. “We think these values are really important.”

NEXT: Faithful take to the streets in public witness of Catholic faith