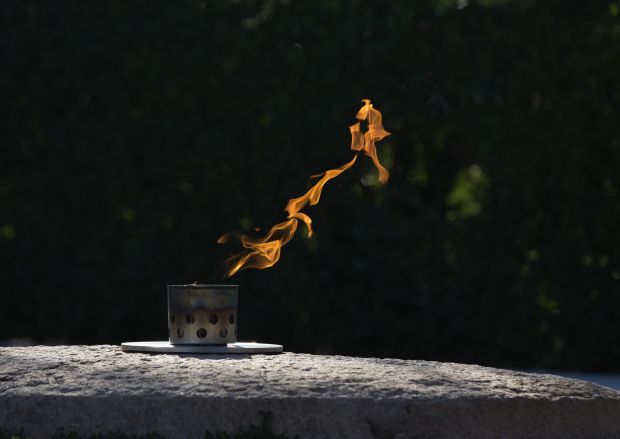 The following is an editorial titled “JFK anniversary inspires memories, sadness and regret” from the Nov. 22 issue of The Catholic Exponent, diocesan newspaper of Youngstown, Ohio. It was written by Pete Sheehan, editor and general manager.

The anniversary of President John F. Kennedy’s assassination leaves me saddened on many levels. Like other Americans who were alive at the time, I keenly remember how devastated the country was. Looking back, I see how the young JFK was growing in his presidency and imagine what he might have accomplished.

Yet I also mourn the loss of an opportunity — that the rise of Catholics on the national political scene that Kennedy precipitated — did so little ultimately to shine the light of Catholic tradition.

In the Irish-Catholic, Democratic, union family I grew up in, the Kennedys — John and his brother Bobby — represented a dream that Catholics, who had to fight for everything, could rise to the top. More than that, the Kennedys represented what Catholics should demonstrate: zeal for civil rights, compassion for the poor, and the courage and determination to fight the good fight, whether against the Soviet Union, racism, or corruption at home. And they did it with intelligence, wit and class that connected with ordinary blue-collar families rather than setting them apart.

Kennedy’s words from his inaugural address: “Ask not what your country can do for you …” inspired Catholic and non-Catholic to service.

Even the tragedies that the Kennedy family suffered made us identify more closely with them.

When he died, President Kennedy, already loved by Catholics, became iconic. One Catholic high school in Warren, Ohio, and another in Sharon, Pa., were named in his honor.

My family became big fans of Bobby Kennedy. When Bobby ran for president, he seemed poised to pick up his brother’s mantle. Again, an assassin’s bullet dashed our hopes, but the Kennedys remained a powerful sign.

A portrait of the two fallen brothers hung in my room, as it did in the bedrooms and dorm rooms of countless Catholic kids, inspiring us to be more. Another line from President Kennedy’s inaugural address resonated with me. “Here on earth, God’s work must truly be our own.”

The flame burned brighter as the youngest brother, Ted, rose to prominence in the Senate, higher than either of his brothers ever did.

Yet the flame dimmed, and not only because of Ted Kennedy’s failings during the Chappaquiddick scandal. The more we learned about the Kennedy men, with the possible exception of Bobby, the more it dimmed.

Also, as I grew older (I was a young child when John Kennedy ran for office), I realized that Kennedy dealt with anti-Catholicism by assuring the anti-Catholics that his Catholicism would not intrude on his presidency. Sadly, Kennedy was no Thomas More nor even an Al Smith. This was certainly not in the spirit of the Catholic laity going out to have an impact on the world as the Second Vatican Council (1962-65) would implore.

Still I hoped that the last Kennedy brother, despite his flaws, could help bring the insights of the Gospel and Catholic social teachings to bear on the world.

In 1973, the U.S. Supreme Court issued Roe v. Wade, striking down every state law against abortion. I was certain that Ted Kennedy, who had been on the record opposing abortion, would rush to oppose Roe.

Instead, Kennedy and other Catholic Democratic figures, who followed his lead, embraced it.

I know the argument that a Catholic could “personally oppose” abortion but not want to impose personal values. The trouble is that few if any of these Catholic officials have acted like they were in any way opposed to abortion. They fought fiercely for it, using the rhetoric of abortion supporters, opposing even modest limits and promoting government subsidies.

A number of rising Catholic Democrats opposed abortion early in their careers, but as they rose in prominence in the party, they quickly left that conviction behind.

Nor is there much comfort from the Republicans. The Republicans have certainly been better, though inconsistent, on abortion and other social issues. Yet, it’s difficult to find Catholic Republicans who reflect the full range of Catholic social teaching.

The question today is not whether a Catholic could be elected president, but whether it matters.

Sadly, the new generation of Kennedys offers nothing more. One of them, Kerry Kennedy, writes movingly of being raised Catholic but wants the church to accept legal abortion, divorce and contraception. In other words: Ask not what you can do for your church. Ask what your church can do for you and your political-ideological agenda.

I still mourn the death of John Kennedy and his brothers and recognize the good they achieved. I pray for the Kennedys, the living and the dead.

I pray also that someday the torch will be passed to a new generation of Catholics seeking public office who will embrace their Catholicism fully and boldly, and that the dream of a Catholic in the White House who stands tall in the faith will never die.

The views or positions presented in this or any guest editorial are those of the individual publication and do not necessarily represent the views of CatholicPhilly.com, Catholic News Service or the U.S. Conference of Catholic Bishops.

NEXT: Priest’s presence seen as comfort for Kennedys upon return from Dallas