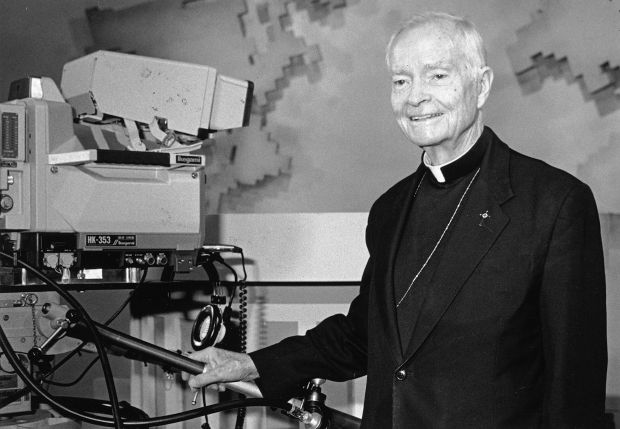 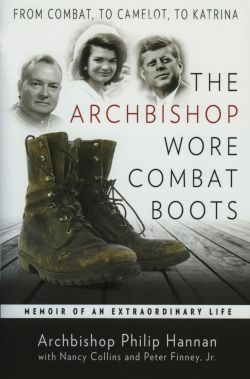 This is the cover of “The Archbishop Wore Combat Boots, from Combat, to Camelot to Katrina: Memoir of an Extraordinary Life” by Archbishop Philip Hannan with Nancy Collins and Peter Finney Jr. (CNS)

WASHINGTON (CNS) — Auxiliary Bishop Philip Hannan of Washington was a close friend and confidant of President John F. Kennedy, but he had kept that friendship secret.

Then he was called upon to deliver the eulogy at the funeral Mass for the country’s first Catholic president, killed by an assassin in Dallas Nov. 22, 1963.

The bishop had been a paratrooper chaplain with the 82nd Airborne during World War II, but after the president’s death, the chancellor of the Washington Archdiocese soon learned that he would face one of the most difficult challenges of his life.

First lady Jacqueline Kennedy asked the churchman to be the eulogist at the funeral Mass for her husband at the Cathedral of St. Matthew the Apostle in Washington.

“I was as numb and emotionally exhausted as every other American struggling to make sense of the stunningly brutal murder,” wrote then-retired New Orleans Archbishop Hannan in his 2010 memoir, “The Archbishop Wore Combat Boots.”

“My own grieving, however, would have to wait,” he said. “First lady Jacqueline Kennedy had asked that I deliver the eulogy for her husband — and my friend.”

Working late into the night before the Nov. 25, 1963, funeral Mass, the churchman had decided that the eulogy should consist of key passages from the president’s inaugural address, to “let the president speak for himself in his own stirring words. … On the day ending his presidency forever, I would cite passages from the day it had begun.”

The eulogy also included favorite scriptural passages that President Kennedy liked to quote, which the family provided to Bishop Hannan.

As he walked up the steps to the cathedral’s pulpit to deliver the eulogy at the funeral, Bishop Hannan looked out over the congregation that included the Kennedy family, President Lyndon Johnson, and former Presidents Harry S Truman and Dwight D. Eisenhower. World leaders in attendance included Emperor Haile Selassie of Ethiopia, President Charles de Gaulle of France and Prince Philip of Great Britain. 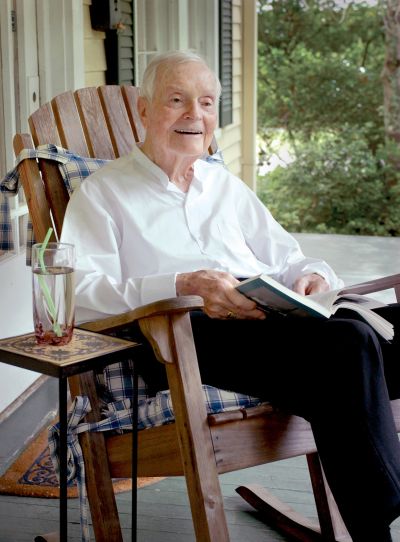 When Bishop Hannan read part of the third chapter of Ecclesiastes: “There is an appointed time for everything, and a time for every affair under the heavens, a time to be born, a time to die …,” and he could hear people sobbing in the congregation.

He concluded the eulogy with Kennedy’s clarion call to serve others from his inaugural address: “And so, my fellow Americans, ask not what your country can do for you, ask what you can do for your country. With a good conscience our only sure reward, with history the final judge of our deeds, let us go forth to lead the land we love, asking His blessing and His help, but knowing that here on earth, God’s work must truly be our own.”

In 1968, Archbishop Hannan returned to Washington from New Orleans to deliver the graveside eulogy at the funeral of Sen. Robert F. Kennedy. In 1994, he offered graveside prayers at the interment of Jacqueline Kennedy Onassis in Arlington National Cemetery. The prelate died Sept. 29, 2011, at age 98.