Archdiocese, CRS to take up collection for Philippines’ relief 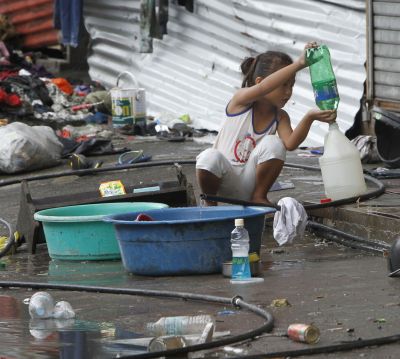 Archbishop Charles Chaput is calling for a special collection to support recovery efforts in the Philippines following the destruction wreaked by Super Typhoon Haiyan.

He asked all priests of the Archdiocese of Philadelphia to take up the collection in parishes the weekend of Nov. 23 and 24, and extend the invitation to Catholics attending Mass this weekend, Nov. 16-17.

A letter by Msgr. Daniel Kutys, moderator of the curia for the archdiocese, was sent to the priests Nov. 12. It included a suggested announcement that asks parishioners to “be as generous as your circumstances allow.”

Once the collection is completed in each parish, proceeds should be sent to the archdiocesan Office of Financial Services and earmarked for the “Typhoon Haiyan Collection,” according to the letter.

“The Archdiocese will, in turn, forward the total collection to Catholic Relief Services (CRS) designated for the benefit of the typhoon victims,” Msgr. Kutys wrote.

Catholic Relief Services intends to provide 100,000 Filipino families with shelter, water, emergency supplies, sanitation and livelihoods, according to a letter to CRS supporters from Carolyn Woo, president and CEO of the organization.

CRS is the U.S. Catholic bishops’ agency for overseas disaster relief and development.

“Hygiene and sanitation are critical to preventing waterborne diseases that often occur in crowded, polluted conditions, and emergency shelter remains a top priority,” Woo wrote. “The timeliness of our response means the difference between life and death.”

PREVIOUS: Women signing up fast for first conference in Phila. next month