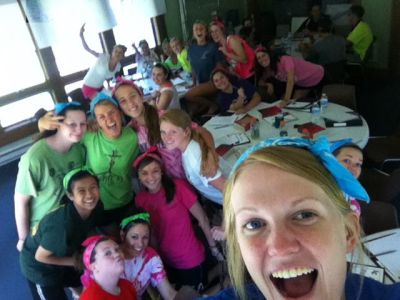 A typical Kairos retreat, like the one Kate Greenhalgh helped lead for Lansdale Catholic High School, isn’t all seriousness, as these fun-loving teens show.

They have become almost a staple at Catholic high schools, and the final touch on the religious formation of students especially in their senior year, and in some cases carrying through to their college years.

They are Kairos retreats, in which teenagers spend three and a half days cut off from everyday life at a retreat facility. What makes the retreats distinctive is the leaders are peers or near-peers to the retreatants. The leaders speak the same language and face the same problems as the other retreatants do on a daily basis.

In the Greek language kairos means time, and is usually translated as “the right time” or “the Lord’s time.” In a sense it is a play on words of the Chi Rho, the Greek symbol for Christ.

Like most retreat movements, Kairos descends from Jesuit spirituality and in this case more recently the Spanish Cursillo format.

In its present form, focusing on young people, it was originally developed in the Brooklyn Diocese around 1965, and has proved to be especially effective in reaching out to that generation.

It is mostly led by young people who have already attended one or more Kairos retreats. Although it does involve a lot of interaction with fellow retreatants the real focus is helping the individual form his or her own personal relationship with God. 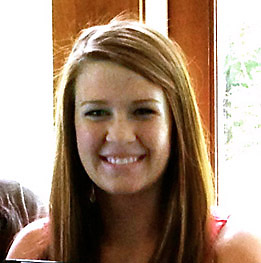 Kate Greenhalgh, who is a sophomore at Franciscan University in Steubenville, Ohio, was personally transformed by the Kairos retreats she experienced as a student at Lansdale Catholic High School and later as a leader at Archbishop Carroll and Pope John Paul II High Schools.

“I got so much out of it, a relationship with God,” she remembers of her first Kairos retreat, and then as a leader, “the satisfaction was watching other retreatants experience God.”

Kate, who is majoring in theology and catechesis, hopes to be a school minister after college, and Kairos will certainly be part of that ministry. But she is convinced this is a grace that should be shared with everyone, not just Catholic school students.

Why not have Kairos retreats for public school and home-schooled students? she asked herself.

She mentioned it to her pastor at St. Anthony of Padua Parish in Ambler, Msgr. Stephen McHenry, and “he was excited about it,” she said.

On Oct. 27 she e-mailed Archbishop Charles Chaput to tell him about her idea, and he too was supportive. The archbishop passed her e-mail on to Auxiliary Bishop Daniel Thomas. At an Oct. 31 meeting with Bishop Thomas, she outlined her proposal. 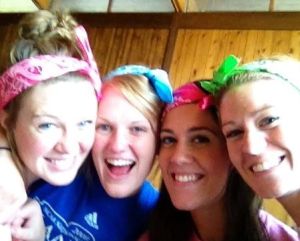 The Greenhalgh sisters from St. Anthony of Padua Parish, Ambler, include (from left) Kate, Ellie, Mary and Ruthie.

Kate’s intention is to begin on a regional parish level and then branch out, depending on interest and attendance.

“I am very much impressed and edified by Kate’s enthusiasm, love of the faith, and her zeal to spread our faith,” Bishop Thomas said.  “She is fueled by her own positive spiritual experience of Kairos, by the encouragement of her family, and her personal experience assisting in various Kairos retreats.”

It’s a measure of Kate’s dedication to the project that she is actually taking a semester off from college just to get it started. She has enlisted her older sisters, Ruthie and Mary, to lend a hand, and at this point the initial “Philadelphia Regional Kairos Retreat” will be held Thursday evening, Feb. 13 through Sunday, Feb. 16 at the Mother Boniface Spirituality Center in Northeast Philadelphia.

The four-day, three-night retreat, which is open to both boys and girls in their junior and senior years, will include meals and supplies and will cost $250.

Although most of the sessions are led by young people, Father Stephen DeLacy has agreed to serve as chaplain and will celebrate Mass during the retreat.

Father DeLacy brings experience to the task – as a former school minister for six years at Archbishop Carroll High School and Pope John Paul II High School, he organized Kairos retreats four times yearly for the students at those schools. 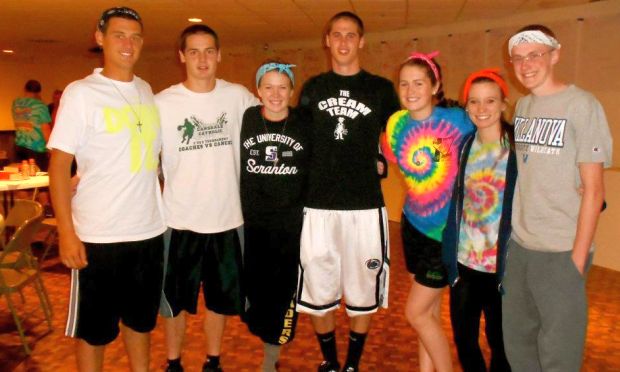 A few Lansdale Catholic students pose for a photo at their Kairos retreat.

“I think Kate is tapping into a need,” he said. “I would frequently get calls from public school students and parents asking if they could attend our retreats, but it wasn’t practical.”

While Kairos retreats for public school and home-schooled are not the norm for the Archdiocese of Philadelphia, Kate’s group does have a local precedent.

This new outreach to teens who do not attend Catholic school can have ramifications for the entire diocese.

At this time Father DeLacy is the director of the Vocation Office for the Diocesan Priesthood for the Philadelphia Archdiocese. At St. Charles Seminary, which draws young men from around the country, about one-third of the men attended Catholic schools, one-third attended public schools and one-third were home schooled.

Although he has not seen national figures, “I would imagine potential vocations would gravitate to the Kairos retreats,” he said.

NEXT: Latinos show love for Our Lady of Guadalupe in pageantry and prayer