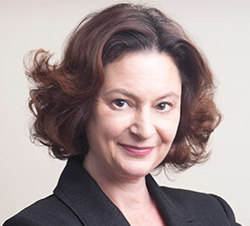 Four distinguished scholars have been invited to come to St. Charles Borromeo Seminary for the Archbishop’s Lecture Series this year.

On Feb. 4 Mary Eberstadt, a senior fellow at the Washington, D.C.-based Ethics and Public Policy Center, will address the topic “How the West Really Lost God.”

On April 8 Trinitarian Sister Sara Butler, professor emerita of systematic theology at Mundelein Seminary in Illinois, will speak on “Collaboration of Men and Women in the Church.”

Professor of Jurisprudence Robert George of Princeton University will address the topic, “What is Marriage?” on Sept. 30.

David L. Schindler, dean emeritus of the Pontifical John Paul II Institute for Studies on Marriage and the Family in Washington, D.C., will speak Dec. 2 on “Theology of the Body, the Gender Distinction and Religious Freedom.”

“We need people to address these issues in a very intelligent and a very Catholic way,” said Meghan Cokeley, director of the archdiocesan Office for the New Evangelization. Her office is joining with the Office of the Archbishop in sponsoring the series.

“This year’s series is crystallizing around such themes as masculinity, femininity, marriage and the family,” she said. As such, it is an excellent preparation for the of World Meeting of Families that will be held in Philadelphia in 2015, Cokeley notes.

Eberstadt, who will lead off the series, is the author of such books as “Adam and Eve after the Pill: Paradoxes of the Sexual Revolution” (2012); “The Loser Letters: A Comic Tale of Life, Death and Atheism” (2010) and probably the basis of her upcoming lecture, “How the West Really Lost God: A New Theory of Secularization” (2013).

Sister Sara, who recently published “The Catholic Priesthood and Women: A guide to the Teaching of the Church,” was appointed to the International Theological Commission by Blessed John Paul II in 2004 and is a consultor to the Pontifical Council for Promoting the New Evangelization. She was selected by Pope Benedict XVI to serve as an expert at the 2012 Synod of Bishops.

George, a much sought-after speaker, is McCormick Professor of Jurisprudence and founder and director of the James Madison Program in American Ideals and Institutions at Princeton. He recently co-edited a book, “What is Marriage? Man and Woman: A Defense.”

Schindler is the editor-in-chief of the North American edition of “Communio: International Catholic Review” and the author of more than 75 published articles in the areas of metaphysics, philosophical issues in biology and biotechnology and the relationship of theology/philosophy and culture.

This is the second year for the Archbishop’s Lecture Series, which was well attended in its initial year.

While Archbishop Chaput himself is not scheduled to give one of the lectures this year, schedule permitting he intends to attend all of them, according to Cokeley.

As last year, the lectures will be held in St. Charles Seminary’s Vianney Hall Auditorium. A donation of $5 is requested; clergy and religious attend for free.

For more information and to register for each of the lectures visit the website of the Office for New Evangelization.

Listen to audio recordings for last year’s lectures, recorded by Doylestown-based Holy Spirit Radio which broadcasts on 1570 AM in Bucks County and 1420 AM in Chester County, on the New Evangelization Office’s page and on Holy Spirit Radio’s website.

NEXT: Pro-lifers from archdiocese planning for annual March for Life in capitol