Persons with disabilities celebrate Mass with archbishop in cathedral 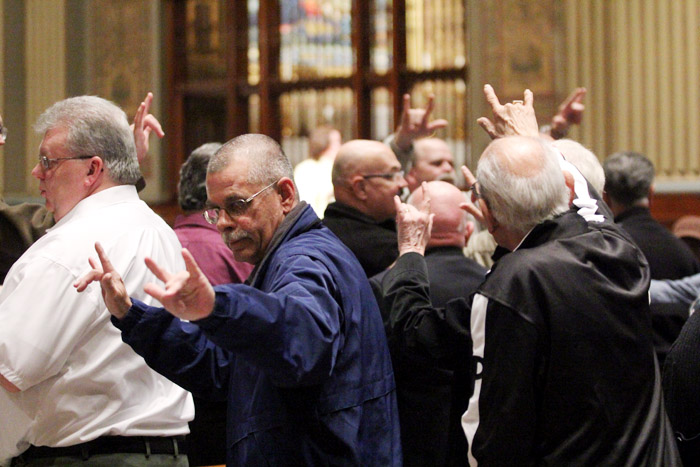 The hearing impaired community offer to one another the sign of peace.

Archbishop Charles Chaput was the main celebrant and homilist at the annual Mass for Persons with Disabilities April 12 in the Cathedral Basilica of SS. Peter and Paul, Philadelphia.

The Mass was sponsored by the Archdiocese of Philadelphia’s Office for Persons with Disabilities and the Deaf Apostolate, which recognizes the needs and gifts of people with intellectual and developmental disabilities and facilitates their participation in the life of the Church and its faith community.

The Bell Choir from Divine Providence Village performed the prelude and the Roman Singers from Roman Catholic and St, Hubert High Schools provide the liturgical music.

View video from the mass here

NEXT: Archbishop celebrates Masses at cathedral for Palm Sunday