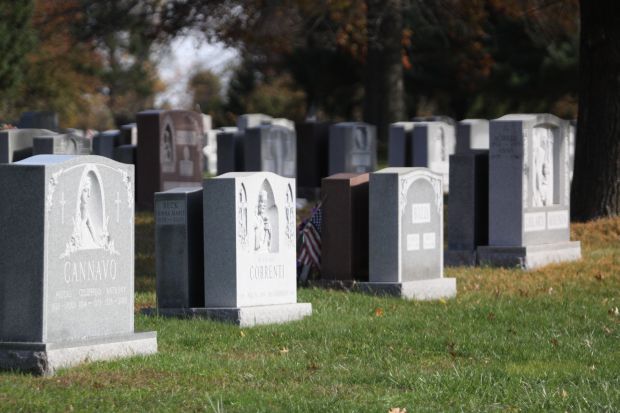 The Archdiocese of Philadelphia and Levittown-based StoneMor Partners L.P. closed the 60-year lease agreement for operations of 13 Catholic cemeteries owned by the archdiocese on May 28 that was signed in September 2013.

Under the terms of the agreement the archdiocese receives an initial payment of $53 million that will be applied against archdiocesan deficits.

While the arrangement is expected to run through term either party can terminate the lease without cause during the 11th year of the lease.

Although they have been leased for operating purposes to a private organization the affected cemeteries will remain Catholic cemeteries.

Not included in the lease agreement were parish cemeteries which are not operated by the archdiocese.

The lease agreement between the archdiocese and StoneMor Partners received the necessary permission from Philadelphia Orphans Court in February.

Effective immediately, all full-time cemetery employees have been offered positions with two-year job protection by StoneMor at their present salary and equivalent health care benefits. The archdiocese remains liable for their retirement benefits up to the present.

At the time of the September announcement, Archbishop Chaput said in a statement, “This arrangement serves the people of the Archdiocese of Philadelphia well by maintaining our cemeteries as sacred, dignified places of burial while offering employment and important protections for our dedicated staff.

“This is not a decision I came to lightly. It is being entered into only after considerable discussion, prayer and approval by the Holy See. It allows us to retain ownership of the Catholic Cemeteries while creating immediate and long-term benefits to help us rebuild a strong financial footing. StoneMor is a local company with a deep experience in the management of cemeteries. This factor, combined with their willingness to maintain the Catholic identity of our cemeteries, made them the logical choice.

“As I’ve said many times before, I’m committed to continuing an open and honest dialogue regarding our financial situation and the steps we take to fix it. With a stronger, more stable financial position, we will be able to best fulfill the Church’s mission of evangelization and service to all of those in need.”

In a statement issued at the closing, company CEO Larry Miller said, “We are pleased to have been selected by the Archdiocese of Philadelphia for this important work. Our team lives and works here in the Philadelphia region and we are part of the communities these Catholic cemeteries serve.”

Miller noted that the 13 cemeteries perform a combined 7,000 burials a year.

“The operations of these properties will be conducted in a manner consistent with Catholic values and the core mission of the cemeteries. The cemeteries will continue to carry out the sacred duty of providing dignified Catholic burials for the faithful departed according to current practices and policies.”

NEXT: Catholic Leadership Institute transitions its own leadership