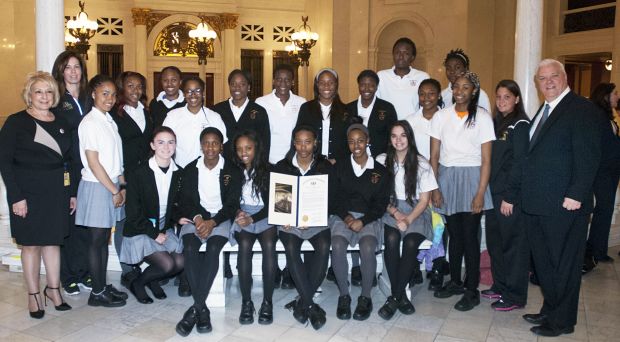 The girls’ team also won the Catholic League title and advanced the final of the state Class AA championship.

State Reps. Bill Keller and Maria Donatucci welcomed the teams to the state Capitol Monday, April 28 and presented the young athletes and their coaches with House citations to commemorate their 2013-14 victories.

Keller spoke about both teams’ accomplishments in the House chamber during legislative session Monday. 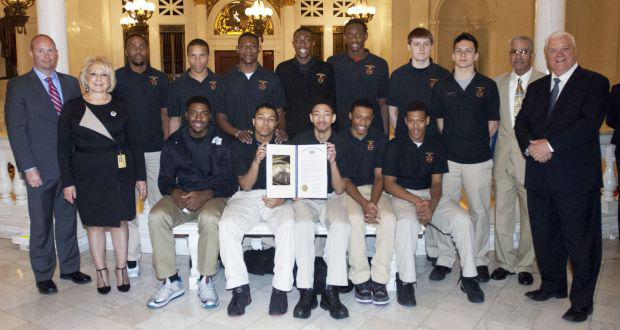 The boys’ team poses with their House citation recognizing their AAA state championship win, with Rep. Keller and school administrators.