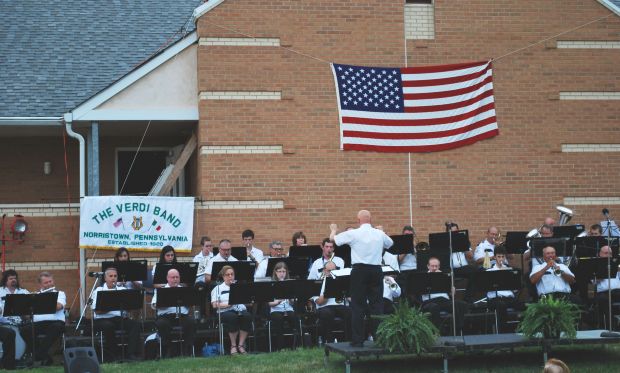 The eighth annual Patriotic Concert on the grounds of St. Bede the Venerable Church, 1071 Holland Road in Holland, Bucks County, will be held Friday, July 3 at 7 p.m.

Music will be provided by the Verdi Band, with guest soloists and a tribute to the United States’ armed forces. The concert will honor the parish’s 50th anniversary and the 100th anniversary of the Northampton Fire Department. Admission is free.

The entire Northampton community and beyond is invited to bring a lawn chair and join the festivities, and to bring a bell that can be rung during the “Liberty Bell March” and the conclusion of the “1812 Overture.”

In the event of rain, the concert will be held in the auditorium of Council Rock High School-South.

NEXT: Join the mob, go to Mass