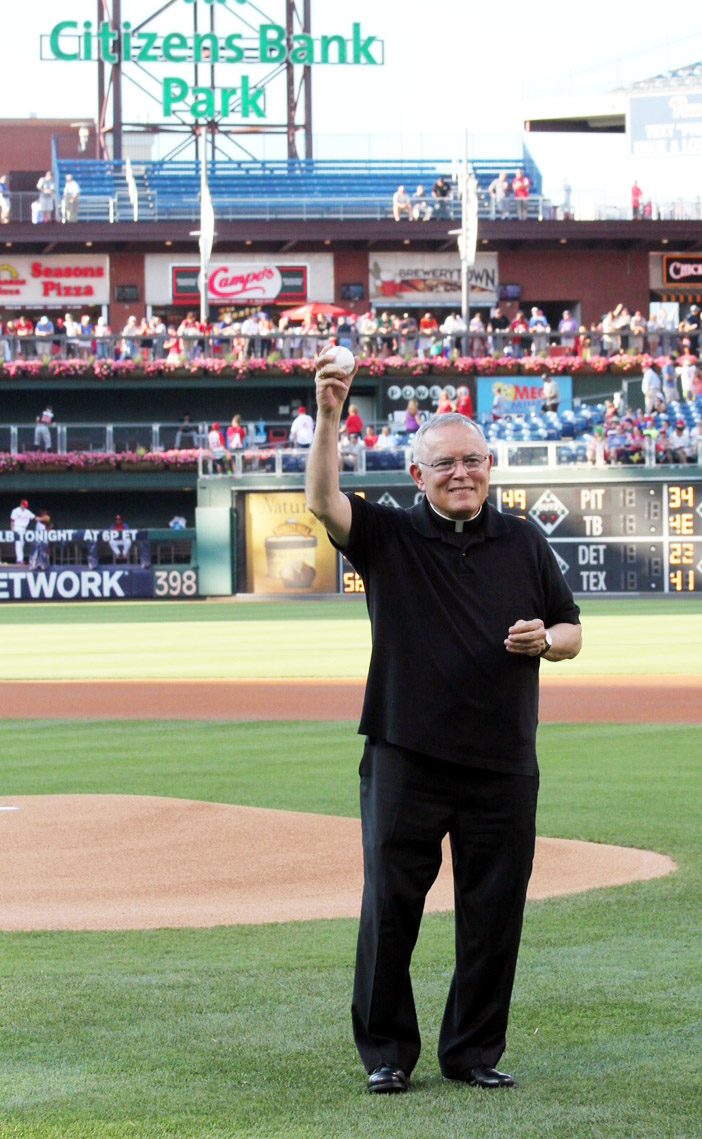 (Photo courtesy of the Philadelphia Phillies)

Archbishop Charles Chaput threw out the first pitch for the Philadelphia Phillies game June 24 at Citizens Bank Park. After a successful turnout last season, the Catholic Charities Appeal partnered again with the Phillies for “Catholic Charities Night at the Ballpark.” A portion of the proceeds from the more than 500 tickets purchased through the event will go directly to the appeal. Special education students from St. Lucy Day School sung the National Anthem.
For their part the Phillies beat the Miami Marlins, 7-4, thanks perhaps to good (starting) pitching.

NEXT: Mass attendance slide not as bad as it seems