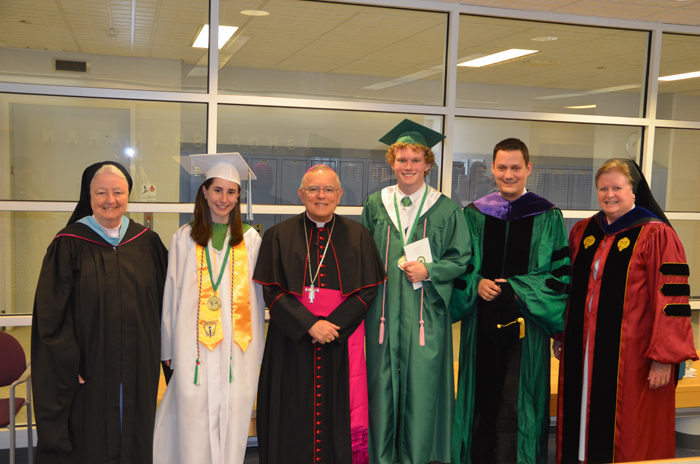 Archbishop Charles Chaput presided at the graduation of 294 seniors from Bishop Shanahan High School in Downingtown on Friday, June 6. Kevin Kijewski, assistant superintendent for secondary schools in the archdiocese, was also present at the ceremony.

Matthew Skros was salutatorian and Gina D’Amore was valedictorian.

“We are the Class of 2014,” D’Amore told her classmates. “We are people of God and people for others.  Remember who you are.”

Archbishop Chaput reinforced her message by telling the graduates to stay close to God throughout their lives.

The yearbook, Aquila, was granted a gold medal by Columbia University and the school newspaper, Shanaviews, won a first place American Press Award.