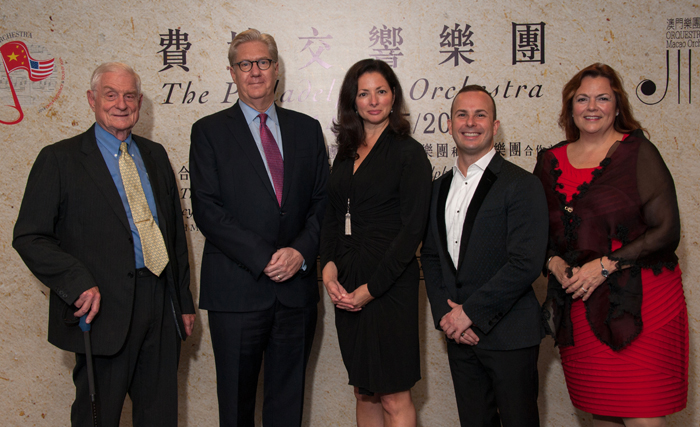 The Philadelphia Orchestra recently performed at the Venetian Theatre in Macao as part of its tour of China and other countries in Asia this year.

Following the first of two concerts at the venue in the Chinese city, orchestra music director Yannick Nézet-Séguin (pictured second from right) and orchestra president and CEO Allison Vulgamore (far right) met with Edward Tracy, president and CEO of Sands China Ltd., operator of the Venetian Macao, and his wife, Janet, a graduate of Archbishop Wood High School in Warminster (second and third from left).

With them is former U.S. Ambassador Nicholas Platt (far left), who helped to facilitate the orchestra’s historic 1973 tour of China.

The orchestra’s three-week tour of China honored 35 years of diplomatic relations between the United States and China. (Photo by Jan Regan/The Philadelphia Orchestra)