A Philly guy through and through, this judge keeps Catholic principles at his core 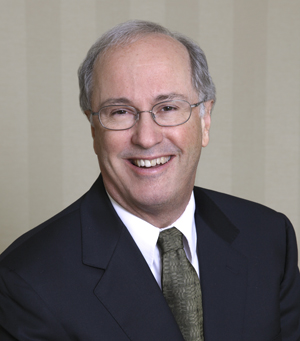 Gerald Austin (Jerry) McHugh was officially sworn in recently as a United States District Judge for the Eastern District of Pennsylvania and will now hold court in the Federal Building at 5th and Market Streets, Philadelphia. You might say he has come full circle.

“I started there as a law clerk in 1979,” he said. “I clerked for Judge Al Luongo and Judge Ed Spaeth and I learned from them the importance of truly being a student of the law and treating every litigant as you yourself would want to be treated.”

The truth is, with all due respect to Judges Luongo and Spaeth, just who Judge Jerry McHugh is today traces back to his roots in West Philadelphia’s St. Francis de Sales Parish.

Sure, the Irish abandoned ship in the neighborhood by the busloads a few decades ago, but Judge McHugh never did. He still lives a few blocks from his childhood home and former office of his father, a respected real estate broker, both in the neighborhood and for the Archdiocese of Philadelphia.

After St. Francis de Sales School he went on to St. Joseph’s Prep. That is where he was introduced to the archdiocesan Community Service Corps (CSC), which under the leadership of Father (now Msgr.) Frank Schmidt and Father (now Bishop) Robert Maginnis was in its most dynamic era. Very clearly his bent for social ministry traces directly back to that experience.

It was here also he met Maureen Tate, a Little Flower student out of St. Henry Parish, who as a senior was president of the archdiocesan CSC.  The two dated, attended each other’s proms and remained a twosome during college. He majored in theology at St. Joseph’s College and she did the same at Temple University.

As a member of the Cardinal’s Commission on Human Relations during his college years he volunteered as a tutor at the former Holmesburg Prison, and this led to an interesting project.

“In my senior year St. Joe’s named me what is called a college scholar,” Judge McHugh said. “I had literally no course work and I spent the entire year researching and writing what became the foundation of a book, ‘Christian Faith and Criminal Justice: Toward a Christian Response to Crime and Punishment.’

The book, which was published through a Jesuit grant when he was in graduate school, clearly answered a need because it still shows up in bibliographies of more recent scholarly works.

Before he finished law school he wrote a second book, “Decision Making and Self-Awareness Skills: A Curriculum for Residents of Correctional Institutions.”

Meanwhile, in 1977 he and Maureen married at St. Francis de Sales, remained in the parish and ultimately raised four children, now adults –Laura, Amy, Colleen and Michael, all of whom became active in youth ministry.

Although his early writings concerned criminal justice, in his professional life Judge McHugh made a conscious decision to practice civil law, not criminal law.

“I always differentiated between what I call ‘the game of cat and mouse,’ that is prosecution and defense, from what happens after someone is convicted; where do we go from there?” he said.

Over the years Judge McHugh made a very good living practicing civil law, first with the firm of Morgan Lewis and most recently Raynes McCartney, very often obtaining impressive settlements for ordinary people when they were up against powerful interests in civil law cases.  He was featured in Pennsylvania Super Lawyers in June 2005, in a long profile titled, “The Saint: Jerry McHugh Stays True to his Philly Roots.”

“He’s Philly all the way — a church-going, community-volunteering family kind of guy, as regular as it gets,” the story read. “Except for his mind. And his will. And his faith. And his ability to help his fellow man. McHugh is one of the best plaintiffs’ lawyers in Philly. No check that, he’s one of the best in Pennsylvania.”

Meanwhile, his pro-bono work outside of the office continued.

Working with some of the almost legendary names in Philadelphia Catholic social ministry — Msgr. James Daly, pastor of Our Mother of Sorrows; Trinitarian Sister Peter Claver (both deceased), and Trinitarian Brother Joe Dudek — he helped to establish Hospitality House, a facility for ex cons, often men eligible for parole but incarcerated until a viable living plan was assured.

“If you needed to design someone to be a federal judge, in my mind Jerry is the perfect combination of personality traits you would want,” Brother Joe said. “He has that tremendous combination of brilliance and a commitment to Catholic social teachings. He is very unassuming. If you spotted him walking around the neighborhood you wouldn’t even know he was a well-regarded lawyer and federal judge.”

Judge McHugh’s concern for the underdog spills over to his interaction with other members of the bar who work pro-bono to assist people with limited means.

Among other groups, he was a board member and president of the Philadelphia Bar Foundation, which funds legal assistance to the poor and past president of the state-wide Pennsylvania Legal Aid Network.

In all of his outreach, Jerry has the full support of Maureen, who is a long-time member and local coordinator of The Grail, an international lay apostolic movement of women committed to spiritual deepening and social action.

“We both share the notion that faith calls upon us to act in certain ways,” Judge McHugh said. “One of the most important ways for a Catholic is showing concern for the poor.”

Jointly that often means participating in various civic programs for the improvement of their Cedar Park neighborhood and participation at St. Francis de Sales Parish.

A former member of the parish finance council, Judge McHugh intends to keep working with the parish school, especially with Sister Constance Touey and Jeannette Lucey, who recently moved from principal and eighth grade teacher respectively to development work. As a judge he will not be able to do direct fundraising but will do what he can.

Although the neighborhood after years of decline is on the upswing because of gentrification, thanks to ever-expanding University City, most of the students come from poorer areas beyond the parish boundaries because of other school closings and help is still needed.

Judge McHugh “has been very good to us,” Sister Constance said. “When we’ve had hard circumstances to deal with he came right out and helped.

“He is a wonderful, wonderful father, a wonderful member of our parish, a wonderful contributor to the community and a good friend,” she said. “He’s intelligent, conscience-driven, and makes sure what he does is morally right and legally right.”

For his part Judge McHugh, who early in his career focused on aid to former felons and gradually shifted to aid for the poor, sees a new challenge.

“I’ll miss the close relationship I developed with my clients,” he said. “I look forward to mentoring young lawyers who will serve as my law clerks. In federal court we each have three because of the volume and the complexity of the cases, and only the best graduates apply.”

But at the end of the day, he will still try to do what he has always done. “That is not to let worldly success be an end to itself, but let it be a vehicle to do what I can to help others,” he said.

NEXT: Artist views painting as sacramental, studio as a cloister