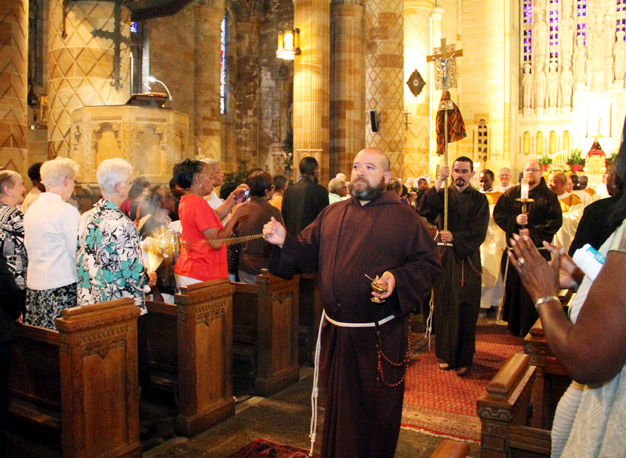 Father Richard Owens, a Mercy Vocational High School graduate who pursued business studies at the school in Philadelphia, was ordained a Capuchin Franciscan priest in Pittsburgh on June 7. Father Owens celebrated his first Mass June 15 at Our Lady of Hope Church on Broad Street in North Philadelphia, along with priests who have influenced his vocation. Among the participants at the Mass were the Sisters of Mercy who staff Mercy Vocational. Read more about Father Owens here. See video from the mass here. (Photos by Sarah Webb)

NEXT: Children celebrate Blessing of the Summer in Philadelphia