Clearing the air around marijuana use 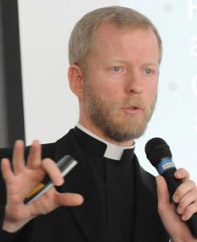 A June 2014 article in the New England Journal of Medicine (NEJM), written by researchers from the National Institute on Drug Abuse and the National Institutes of Health, points out that marijuana is not the harmless drug that many imagine. Rather, it is associated with “substantial adverse effects, some of which have been determined with a high level of confidence.”

These negative outcomes include the risk of addiction, symptoms of chronic bronchitis, an elevated incidence of fatal and non-fatal motor vehicle accidents and diminished lifetime achievement and school performance in cases of long-term use, especially beginning in adolescence. We can add that the decision to use a drug recreationally for the purposes of dissociating ourselves from reality through induced euphoria raises significant moral concerns, and, like all unethical human choices, can be expected to correlate with significant adverse ramifications.

Part of the unethical character of drug abuse flows from the fact that we are treating something good, namely our personal, conscious experience as if it were an evil to be avoided. Recreational drug users seek to escape or otherwise suppress their lived conscious experience, and instead pursue chemically altered states of mind, or drug-induced pseudo-experiences. Any time we act in such a way that we treat something objectively good as if it were an evil by acting directly against it, we act in a disordered and immoral manner.

The decision to pursue inebriation and drunkenness, similarly, is a choice directed against the good of our human conscious experience that raises serious moral concerns. The responsible enjoyment of alcohol, meanwhile, presupposes that a moderate use of the fruit of the vine can aid us in the pursuit of certain aspects of friendship and interaction by stimulating conversation with others, and by diminishing the hesitations that people may have when they interact with each other. The moderate use of alcohol also appears to offer positive physiological effects on health.

The notion of the “responsible enjoyment of marijuana and other mind-altering drugs,” meanwhile, is a dubious concept, given that the more powerful and varied neurological effects of these substances readily take us across a line into alternate states of mind, detachment from reality, “getting stoned,” etc.

Whenever we look at alcohol, marijuana or other more powerful drugs, additional moral concerns arise due to the risk of addiction, which threatens authentic freedom and constitutes a serious form of human bondage. Alcohol, of course, poses a significant risk of addiction for some people, and the responsible use of alcohol may become nearly impossible for them, necessitating complete abstinence to maintain their freedom. Marijuana, despite some contentious debates about the matter, similarly has a significant addictive potential, as noted in the NEJM article:

The NEJM article also notes that adults who smoke marijuana regularly during adolescence have decreased neural connectivity (abnormal brain development and fewer fibers) in specific brain regions. Although some experts have disputed a cause-effect relationship for this phenomenon, studies of brain development in animals strongly suggest a causal effect.

The authors surmise that the effects of marijuana on brain development may help to explain the association between frequent marijuana use among adolescents and significant declines in IQ, as well as poor academic performance and an increased risk of dropping out of school. These deleterious effects speak to us of the fundamentally unethical character of inhaling, injecting or otherwise ingesting harmful chemical substances into our bodies.

The litany of marijuana’s adverse health effects raises major doubts about the wisdom of promoting its legalization for recreational purposes. The authors note that the health effects of a drug (whether legal or illegal) are related to its “availability and social acceptability.” They conclude, “In this respect, legal drugs (alcohol and tobacco) offer a sobering perspective, accounting for the greatest burden of disease associated with drugs not because they are more dangerous than illegal drugs but because their legal status allows for more widespread exposure,” leading to more abuse and more harmful effects.

It’s critical for us to acknowledge these negative effects rather than seeking, like drug addicts, to dissociate ourselves from this reality.

Reprinted with permission. Father Tadeusz Pacholczyk, Ph.D., earned his doctorate in neuroscience from Yale and did post-doctoral work at Harvard. He is a priest of the diocese of Fall River, Mass., and serves as the Director of Education at the National Catholic Bioethics Center in Philadelphia.

PREVIOUS: How to get up on the right side of the bed

NEXT: Spouses trying to find that feeling again