Bible conference opens up the Scriptures and roles of fathers 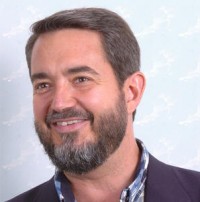 Hundreds of priests, religious men and women and lay people from all over the country and the world came to Doylestown for the National Catholic Bible Conference June 27-28.

“Scripture: The Heart of the Father” was the theme of the two-day conference held for the third consecutive year at the National Shrine of Our Lady of Czestochowa, which welcomed the faithful who yearned to better understand the meaning of the Bible and the teachings of the Catholic faith regarding sacred Scripture.

Hopeful and eager participants milled through the buildings with anticipation and excitement. The atmosphere was filled with the buzz of learning, a sense of the Holy Spirit and an inner calm.

Fran Novak, a parishioner from St. Rose of Lima Parish in North Wales, called the conference “very spiritual, an excellent event. The speakers were great.”

This year the event’s theme focused on fathers – fathers in the family, father figures and most especially our Heavenly Father.

The hosts of the conference, Jeff Cavins and Sarah Christmyer, wrote in the event program that the conference was “the ideal environment to reflect prayerfully on our conference theme. It is our hope that you will open your heart to the Father in a radical way, as you contemplate and encounter his unfailing love.”

Archbishop Charles J. Chaput continued the theme in his homily for the Mass he celebrated for conference participants Saturday morning, June 28.

“Nothing is more important than building up the Christian character of Catholic families and institutions and strengthening the witness of Catholic disciples in the world,” he said. “Never doubt the fruitfulness of God’s Word, because nothing is more powerful or more filled with life.”

This strong message was embodied in the speakers presenting on both days of the event. The nine presenters included: Scott Hahn, professor of theology and Scripture at Franciscan University of Steubenville; Edward Sri, provost and professor of theology and Scripture at the Augustine Institute in Denver; and Father Dennis Gill, director of the Archdiocese of Philadelphia’s Office for Divine Worship and professor of sacred liturgy at St. Charles Borromeo Seminary.

Hahn, the keynote speaker on June 28, presented “Evangelizing Catholics: Bringing Prodigals Back Home to the Father,” in which he said, “Pope Benedict XVI said the Word (Scripture) and the Eucharist are so deeply bound together (that) you cannot understand one without the other.”

Describing the Scriptures as “informative, performative and transformative for our lives,” Hahn said his topic was meant to express that “the new evangelization is not jargon. It is our command on high, our marching orders.”

“The term ‘new evangelization’ was first termed in May 1979 by Pope John Paul II, repeated by Benedict and now again by Pope Francis,” Hahn said. “Scripture is the heart of the Father.”

Regarding the Heavenly Father, Hahn said, “God’s family is not reducible to the earthly institution. (It is) an extension of the inner life of the Holy Trinity. The Holy Spirit is our breath.”

Hahn went on to talk about the earthly fathers in our lives: “The Southern Baptist Convention did a study: If a dad goes to church regularly there is a 93 percent chance that the rest of the family will follow. If the dad does not go to church regularly, only one child in 50 will become regular worshippers.

“If new evangelization is going to help, we have to focus on fathers and fatherhood,” Hahn said, adding “it is harder to be a father now than ever before.”

The most striking statement from his talk referred to the importance of studying the Scriptures. “We need to study the Scriptures,” Hahn said. “If the Eucharist is just a meal, than Calvary is just an execution. But through sacrifice … before they took his life, he already made it a gift, causing us to be filled with the breath of his Spirit.

“(God) wants us to become saints, nothing less, Hahn said. “There is no saint without a past, and no sinner without a future. Cultivate a hatred for sin, not ourselves,” he advised his audience. “When the devil, that cosmic blockhead, reminds us of the past, remind him of the future … because he’s going down. He’s already defeated.”

Jeff Cavins, co-host of the bible conference and director of evangelization for the Archdiocese of St. Paul and Minneapolis, said he was “pumped about the conference.”

“God the Father loves us so much … life depends upon the understanding the heart of the Father,” Cavins said.

He further explained that it is important “to develop a relationship with the Heavenly Father where you can express praise (and) thanks, (and) come to know him.” He said also to “pour out your love and trust upon him.”

Cavins referred to paragraph 236 of the “Catechism of the Catholic Church,” saying “there are two parts to this paragraph — the theology and the economy of God.”

“The theology of God,” he said, “is the mystery of the Trinity, the heart of the father. The economy of God is the household, the family plan for us from the Heavenly Father who reveals himself in words and in deed in salvation history.”

Tying in the NCBC, Cavins quoted paragraph 133 of the Catechism: “Ignorance of Scripture is ignorance of Christ.”

“If you build your house on the Rock of Christ, you’ll be OK,” Cavins said.

The conference concluded with a final speech from Cavins who spoke on the topic of “Abiding in the Father’s Vineyard.”

The participants left feeling invigorated and rejuvenated, proving a major success for the conference once again.

All 18 talks presented at the NCBC are available for purchase through Ascension Press on CDs and MP3 flash drives. Order the materials here.

Ascension Press, the Augustine Institute and the Archdiocese of Philadelphia were cosponsors of the conference.