Our Lady of the Blessed Sacrament Church closes in West Philadelphia 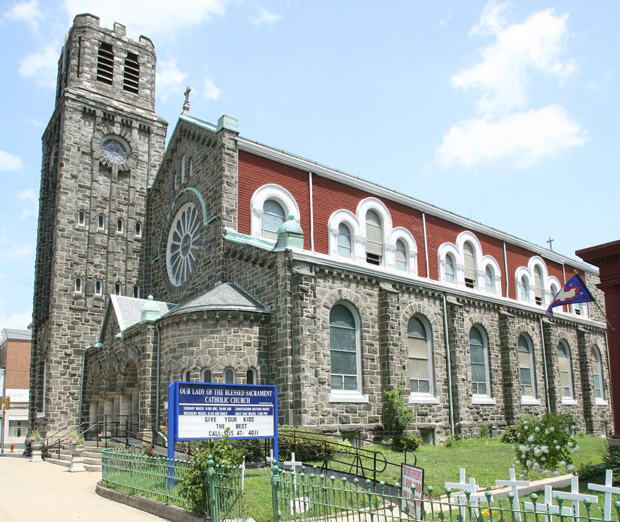 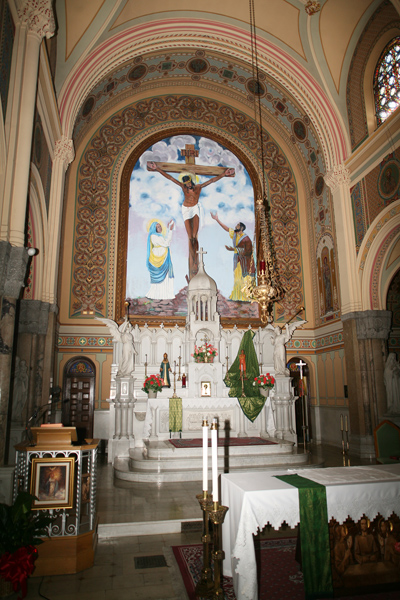 Our Lady of the Blessed Sacrament Church in West Philadelphia closed permanently as a Catholic place of worship on Friday, Aug. 1, due primarily to its high cost of upkeep.

The arrangement lasted until January 2013 when the parish merged with St. Cyprian Parish and became a worship site for occasional liturgies. At that time the parish became responsible for maintaining Our Lady of the Blessed Sacrament.

In a statement from the Archdiocese of Philadelphia released Aug. 3, St. Cyprian reported it spent $35,000 in the past year to keep up with “the deteriorated condition of the building” and projected the costs “to rise prohibitively over the course of time.”

Problems needing expensive repairs include $3,500 spent to repair water damage to a broken pipe, according the official decree approving the church’s closure.

The costs were compounded by St. Cyprian’s “lack of parish funding to maintain the OLBS church building,” according to the statement.

The ongoing expenditures “would have forced staffing cuts at St. Cyprian Parish and jeopardized the stability of vital ministerial programs such as outreach to the poor.”

While Our Lady of the Blessed Sacrament at the time of its merger served fewer than 296 worshipers for typical Sunday Masses (based on the 2011 “October count” census of Mass-goers) in its large, costly church, St. Cyprian Parish hosted 690 for Sunday Masses last year. But its parishioners also worship in a large church building built in 1915, which also must be maintained.

The St. Cyprian pastoral and finance councils, together with the pastor, Msgr. Federico Britto, requested that the archdiocese close Our Lady of the Blessed Sacrament. The archdiocesan Council of Priests and Archbishop Chaput reviewed the proposal to close the church and the archbishop made the final decision last month.

The archdiocese’s statement did not indicate when or whether Our Lady of the Blessed Sacrament Church would be sold. When it merged with St. Cyprian, the buildings, assets and debts of OLBS transferred to St. Cyprian, so the parish leaders and pastor would decide on its future in a way that would benefit “continued parish viability and sustainability” of St. Cyprian’s.

Judging from photographs of the church’s interior courtesy the Philadelphia Church Project website, Our Lady of the Blessed Sacrament would be a beautiful church for any religious congregation, but also an expensive one to maintain.

A buyer could use it for a nonreligious purpose as long as it was not a “sordid” usage, according to the official canonical decree issued by the archdiocese at the time of closure.

NEXT: Two Neumann U students discover new types of viruses