He’s living with epilepsy, and on a mission 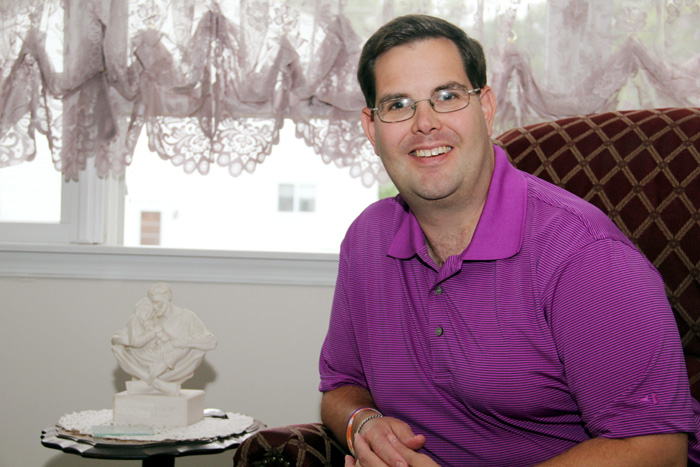 Throughout the world there are about 65 million people who suffer from epilepsy, an incurable brain disorder that usually manifests itself through seizures. That’s slightly less than one percent of the world population, but if you are part of the one percent and the seizures are severe, it is understandable if you say, “Why me?”

Dan Dougherty, 42, who is an active member of St. Luke Parish in Glenside, happens to be among that one percent. It started at birth when there was some birth trauma, and there was a history of epilepsy on his father’s side of the family. Whatever the reason, most likely both, he experienced very serious grand mal (tonic-clonic) seizures.

“I survived by the grace of God and stubbornness,” he said, adding there were no serious symptoms for the next decade, except for a low threshold for fever, and then after a bout of viral meningitis it came back with a vengeance and he has been living with it ever since.

He and his family, including his parents, Neil and Bernadette Dougherty, sister Kerri and brother Brendan, were living in St. Helena Parish in the Olney section of the city up until that time. Because sufficient support systems weren’t in place for children with special needs in Philadelphia schools, the family moved to Glenside where the Cheltenham School District was better equipped to provide the necessary support programs.

There is no brain operation that will cure epilepsy; it is generally treated by medications that may hold it in check but in serious cases such as Dougherty’s it is a constant struggle. A medication may work for a time, then become ineffective, or the side effects may be so severe that something else has to be tried. They could include tiredness, weight gain or loss, emotional swings and depression, just to name a few.

At various times he has been treated with Phenobarbital, Neurontin, Trileptal, Tranxene, Zonegran, Topamax, and goodness knows what else, either singly or in combination. 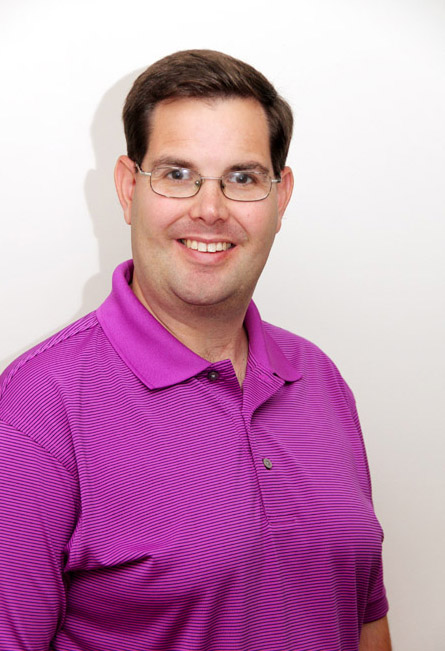 When his peers came of age and started to drive, he couldn’t because it would be too dangerous, and what if he had a seizure on the road? Even public transportation had its pitfalls. Once he had a seizure at a train station and fell on the tracks. Luckily a bystander pulled him out of the way and thanks to his medical alert bracelet he was rushed to a hospital.

After high school he did enter a community college, but his emotional state, affected by his medications, made it impossible for him to persevere. Employment was another problem, although for a time he did work evenings at St. Luke’s rectory manning the telephone and doing small clerical tasks.

“Msgr. (J. Michael) Flood was very good about it, if I was not feeling well he would tell me to go home and not to worry,” Dougherty said. “We used to joke about my epilepsy.”

The 1990s were the worst; he was suffering grand mal seizures almost daily. The emotional toll was unbearable and he was hospitalized after a mental breakdown.

Afterwards a kind parishioner put him in touch with a capable therapist. “I went to her every week for about 10 years, now I go just every now and then,” he said. “At first I didn’t think I needed therapy and walked out on her a couple of times. She helped me to the point that I accepted that this was going to be my life. Once I did that there was such a peaceful feeling.”

Faith helped too — it’s even a greater part of his DNA than is epilepsy. His mother, after being a stay at home mom, taught in a parochial school; his distant cousin, the late Father Chuck Pfeffer, is still a legend in the Philadelphia Archdiocese, and his sister’s husband, Matt Manion, is president and CEO of the Wayne-based Catholic Leadership Institute.

“I think Danny is a real inspiration, the way he has handled the challenges of epilepsy,” Manion said, “and particularly the way he is advocating and sharing his story. He is very transparent and vulnerable in sharing the challenges as well as the successes. His example is really great.”

With the new-found confidence he gained through therapy, Dougherty joined Toastmasters, and is now a vocal advocate for a better understanding of epilepsy. He speaks before various groups — Rotary, Kiwanis, and others to break the myths surrounding epilepsy.

“Tell everyone November is Epilepsy Awareness Month,” he said.

He also comes into Philadelphia for meetings of a local support group, although he still lives in Glenside in his family home. “I couldn’t afford to live on my own, and if I did it would be lonelier,” he said.

At St. Luke’s he is an usher and Extraordinary Minister of Holy Communion and at some point would like to become a lector.

Looking back, he said, “I had moments when I said, ‘God, why in the world do I have this?’ I never abandoned God but in depressed moments I was angry with him. I still went to church and worshipped him.

“I think he throws monkey wrenches into our life and then we find out later, ‘This is why, this is your vocation in life, to make people better understand.’ Only God knows what is next as my life’s story continues to unfold.”

PREVIOUS: Serving up the Gospel at home and abroad

NEXT: Adopting an attitude for life