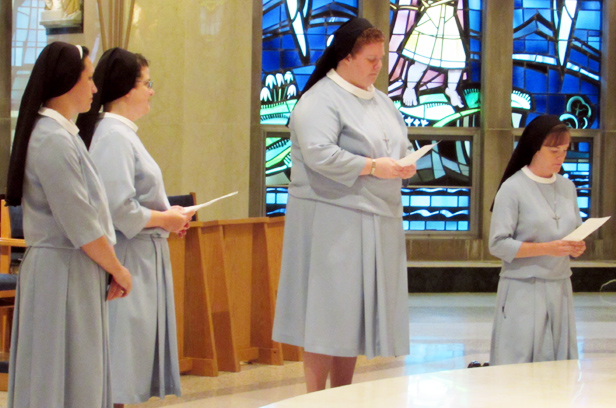 Sister Carolyn Elizabeth Braun, I.H.M., Sister Tracey Catherine Uphoff, I.H.M., Sister Emily Vincent Rebalsky, I.H.M. and Sister Melissa Marie Mastrangelo, I.H.M. renewed the vows of chastity, poverty and obedience that they made at their first professions as members of the Sisters, Servants of the Immaculate Heart of Mary at a Mass on Aug. 12.

Sister Lorraine McGrew, I.H.M., general superior of the I.H.M. congregation, received the vows.  The renewal of vows took place at Villa Maria House of Studies, the Motherhouse of the I.H.M. Sisters in Immaculata. 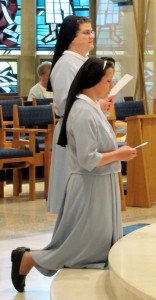 Sister Melissa renews her vows of chastity, poverty and obedience as a Sister, Servant of the Immaculate Heart of Mary.

As part of initial formation in becoming a perpetually professed sister, a young woman enters into a process that spans eight to 10 years. Sisters Carolyn Elizabeth, Tracey Catherine and Emily Vincent entered the congregation in 2008. Sister Melissa Marie entered in 2010.

During their formation periods, each sister discerned her vocation as a postulant and then explored it more formally as a novice. The formation period includes growing in prayer, studying various college courses, participating in the community life of the sisters and serving in the mission of the congregation to evangelize, to catechize and to teach.

Sister Carolyn hails from Telford, where her family are parishioners of St. Maria Goretti Parish, Hatfield. She is a 2008 graduate of Rowan University, Glassboro, N.J.  She teaches eighth grade at St. James School in Savannah, Ga.

Sister Tracey is from Havertown, where her family are members of St. Denis Parish. She graduated from Merion Mercy Academy in 2003 and Immaculata University in 2007. She teaches math and chemistry at Bishop O’Connell High School, Arlington, Va.

Sister Emily Vincent is the daughter of Carolyn Rebalsky of St. Joseph Parish, Downingtown, and the late Robert Rebalsky. Sister Emily is originally from Our Lady of the Assumption Parish, Strafford. She graduated from Conestoga High School and Cabrini College. Prior to entering the congregation, Sister Emily worked for the Office of Clergy in the Archdiocese of Philadelphia. Currently, she is serving as the advancement director for SS. Philip and James School in Exton.

For more information regarding the Sisters, Servants of the Immaculate Heart of Mary, visit their website. 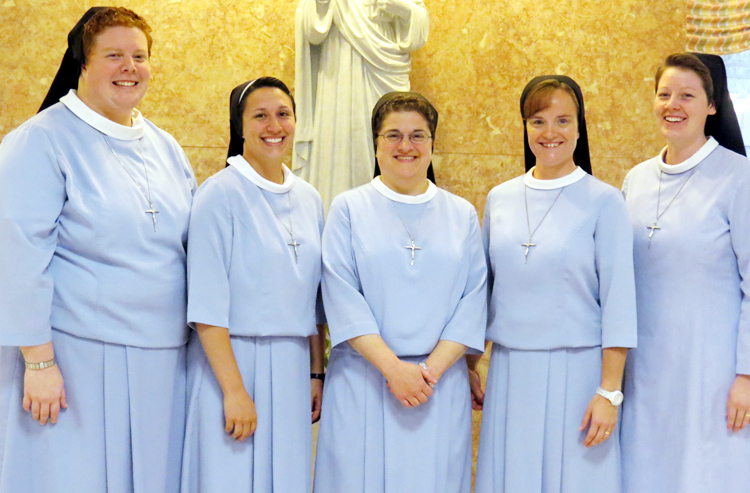