Excitement for World Meeting of Families builds at cathedral 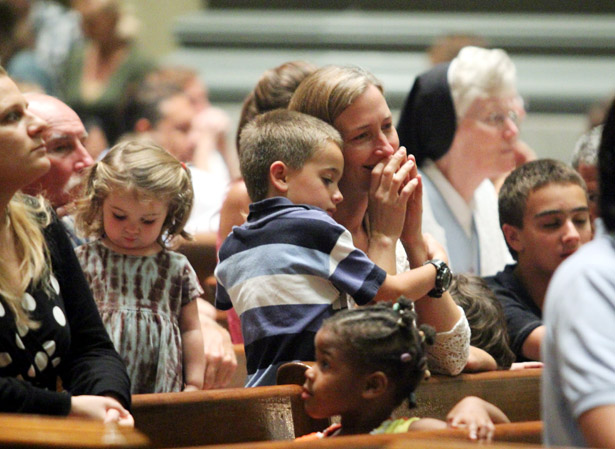 People filled the Cathedral Basilica of SS. Peter and Paul Sept. 7 for a Mass in which the official image and prayer for the 2015 World meeting of Families in Philadelphia were unveiled publicly for the first time. Archbishop Chaput celebrated the Mass and led the event, which drew parishioners and priests from across the Philadelphia Archdiocese. Read the full story here. (Photos by Sarah Webb) 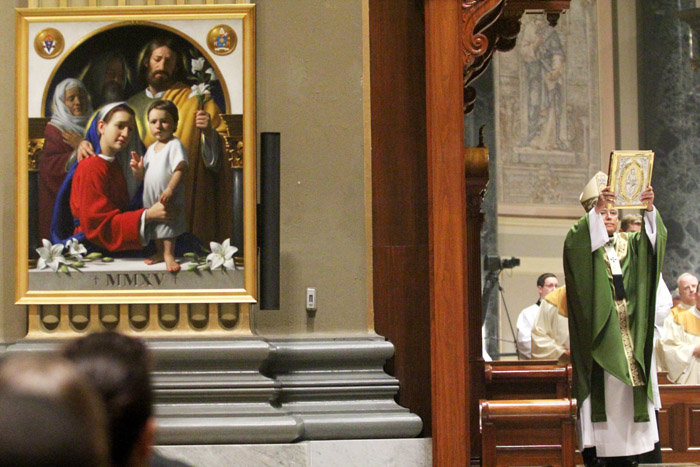 Archbishop Charles Chaput holds up the Book of Gospels during Mass Sunday, Sept. 7 at the Cathedral Basilica of SS. Peter and Paul, where he also presented the official iconic image for the 2015 World Meeting of Families, at left. 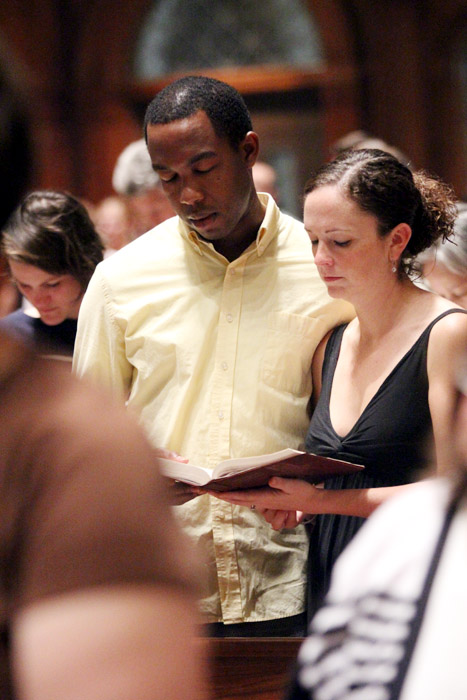 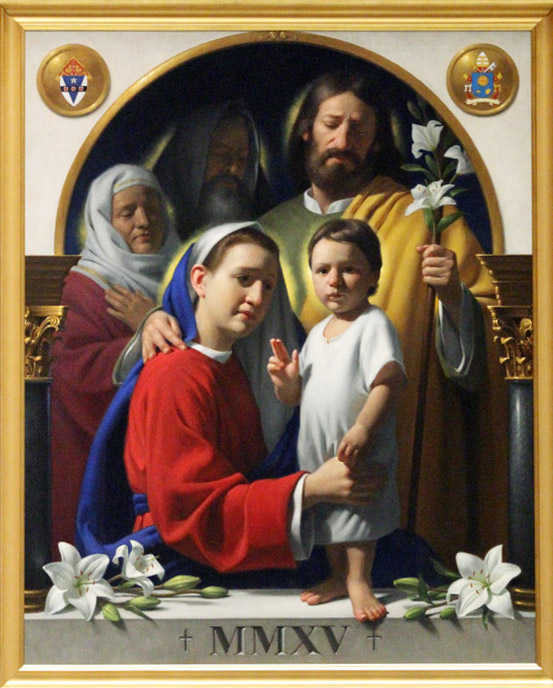 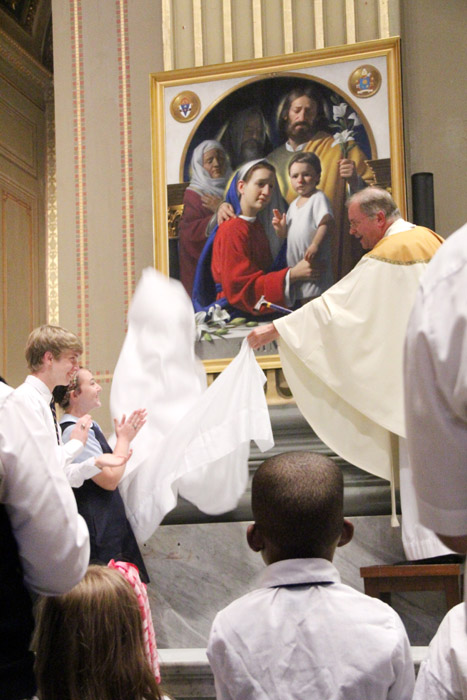 Cathedral rector Father Dennis Gill, right, unveils the painting of the Holy Family, executed by Kennett Square-based artist Neilson Carlin for the World Meeting of Families, as children and the congregation look on. 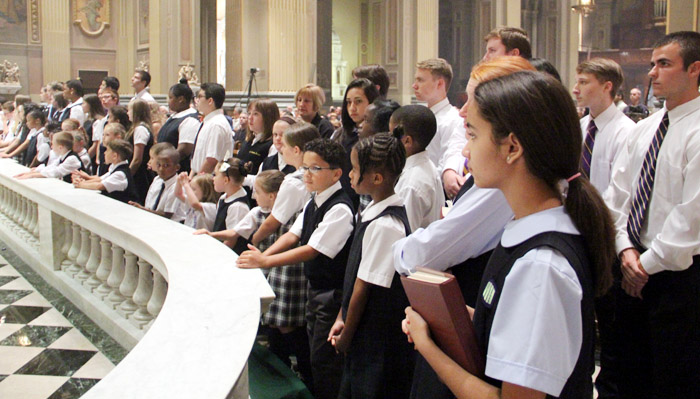 Students from John W. Hallahan and Roman Catholic high schools and St. Peter the Apostle School joined many other children and their families for the Mass. 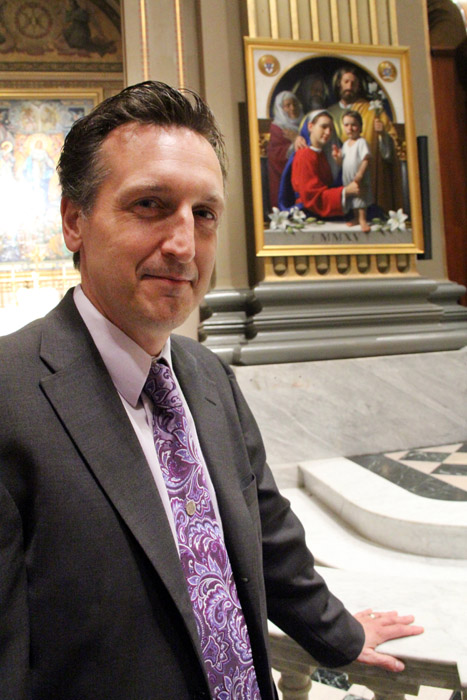 Artist Neilson Carlin painted the official image for the 2015 World Meeting of Families, displayed at the cathedral. 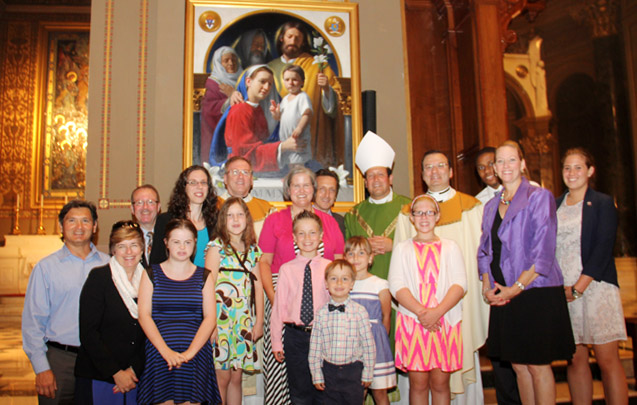 The families of staff working to prepare for the World Meeting of Families pose with Bishop John McIntyre before the iconic image of the Holy Family at the cathedral. 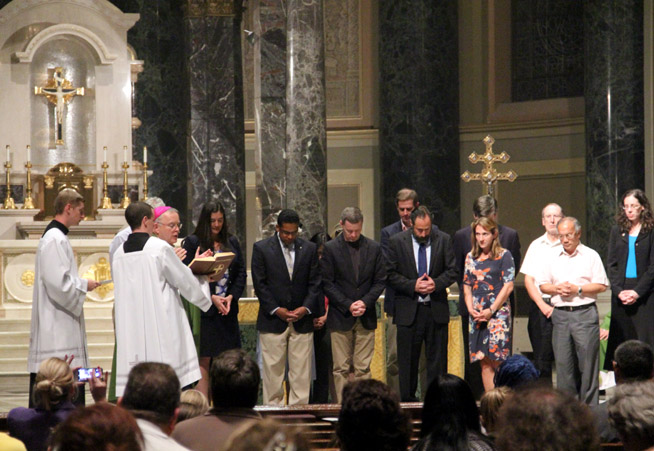 Archbishop Chaput blesses the 30 people who will go to parishes in the archdiocese to promote the World Meeting of Families.

Archbishop Chaput blesses the image of the Holy Family at the cathedral. 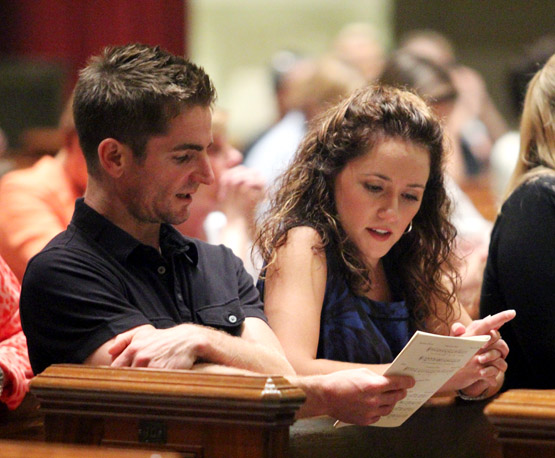 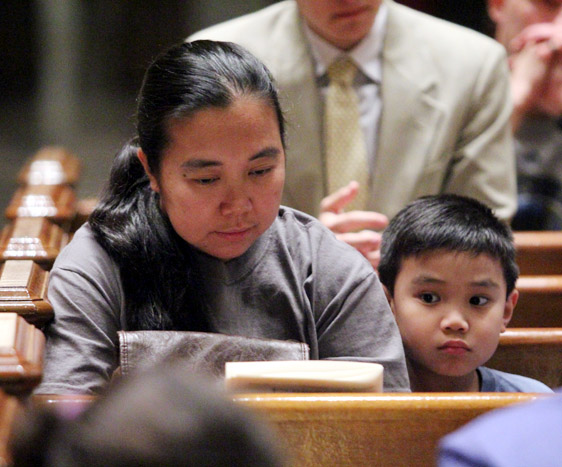 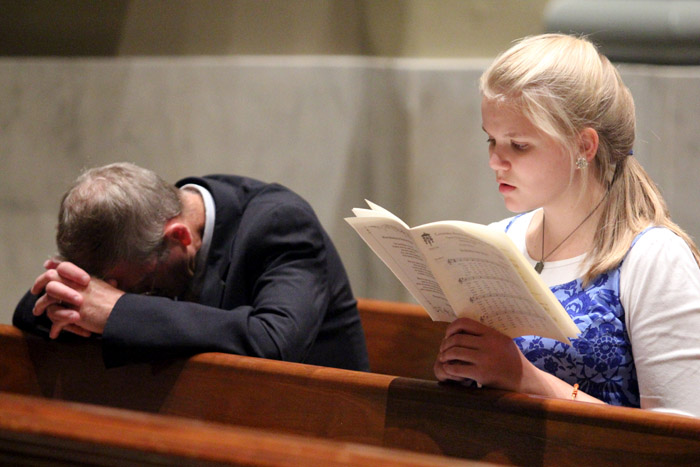 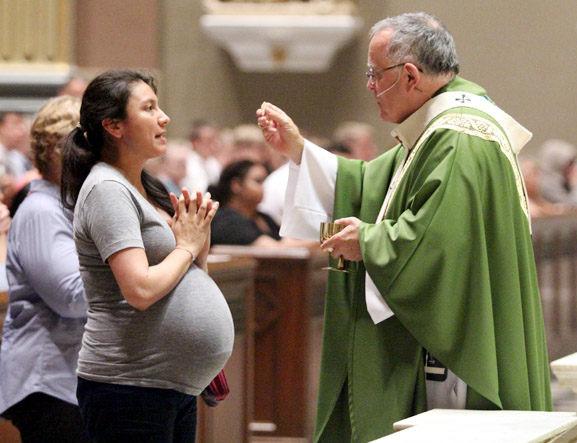 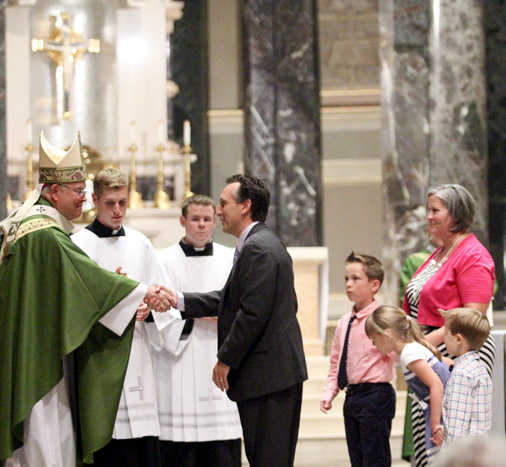 The family of Neilson Carlin, the artist who painted the image of the Holy Family, greets Archbishop Chaput. 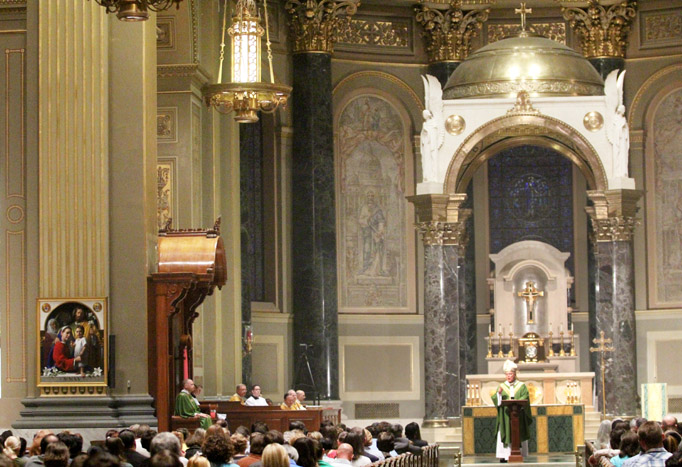 The archbishop preaches at the Sunday evening Mass Sept. 7 at the cathedral.

PREVIOUS: Prayer for the World Meeting of Families