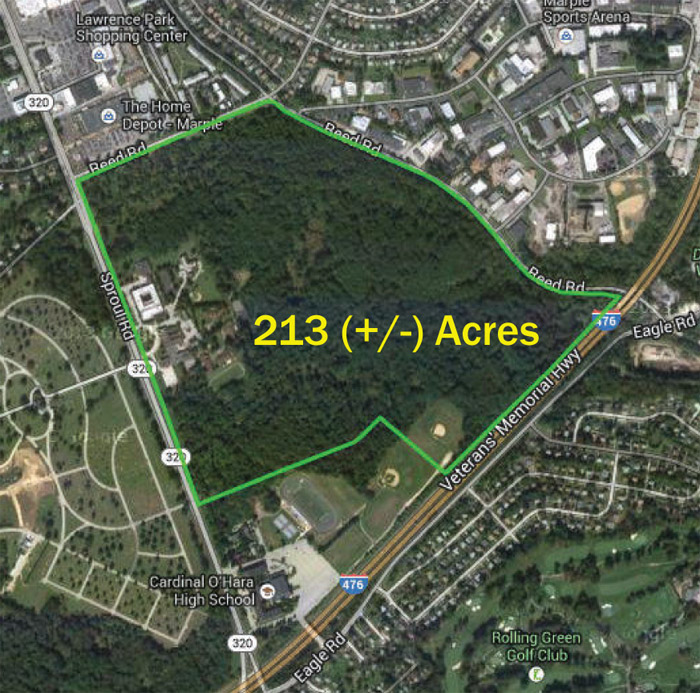 The Archdiocese of Philadelphia’s finances took a major step toward good health with the announcement today, Oct. 2, of agreements of sale for three archdiocesan properties collectively worth an estimated $56.2 million.

Proceeds from the latest transactions along with the $53 million initial payment from long-term leasing of the 13 archdiocesan cemeteries completed last May and the sale of the archdiocesan nursing homes, projected to net $95 million after closing costs, will address three underfunded obligations of the archdiocese.

Collectively underfunded by $340 million in June 2013, those three funds plus the Lay Employees Retirement Plan include the Trust and Loan Fund; the Self- Insurance Fund and the Priests Pension Fund.

The lay employees’ traditional pension plan, underfunded by $142 million, was frozen last July as the archdiocese began to offer its employees a “403b” employee-contribution retirement plan. At the end of fiscal year 2013 the plan had $522 million of assets against actuarially determined liabilities of approximately $664 million — a funding rate of about 79 percent. Funds in the plan are more than sufficient for immediate and mid-term payments, but the goal is to have it fully funded.

The property sales announced Oct. 2 include the 213-acre site of Don Guanella Village and Cardinal Krol Center in Marple Township, Delaware County, for $47 million; the 454 acres of the former Mary Immaculate Center in Northampton, Northampton County (Diocese of Allentown), for $5.5 million; and a 55-acre tract of the St. John Vianney Center property in Downingtown, Chester County, for $3.7 million.

The Trust and Loan Fund, which like a bank accepts deposits from parishes and makes loans to them for projects, was underfunded by $79.8 million as of June 30, 2013. A promissory note was executed in May 2012 which pledged certain archdiocesan properties to address the underfunding.

The cemeteries transaction produced $30 million for the fund, and $52.2 million from sale of the Don Guanella Village site and Mary Immaculate Center’s property should satisfy the current estimated underfunded amount of $49.8 million.

“We expect that the proceeds from these transactions should be sufficient to fully satisfy the remaining shortfall in Trust and Loan,” said Timothy O’Shaughnessy, chief financial officer of the archdiocese. “If the proceeds fall short of what is necessary, we will apply amounts from the sale of remaining pledged properties as needed.”

Proceeds from the sale of the Downingtown property will be put toward the Priests Pension Plan, currently underfunded by an estimated $76.3 million after an allocation of $11.5 million from the cemeteries transaction. The Self-Insurance Fund remains underfunded at $18.9 million after its allocation of $11.5 million from the cemeteries deal.

All the total underfunding of $95.2 million remaining in those funds conceivably could be covered by the sale of the six skilled nursing homes and one independent living facility of archdiocesan Catholic Health Care Services. That deal was valued at $145 million when announced last July.

An Oct.2 statement by the archdiocese alluded to the possibility, saying the “underfunded balance sheet liabilities will be further reduced upon closing of the transaction involving archdiocesan nursing homes. Specific allocations of the net proceeds from their transaction have not been determined.”

The property sales announced Oct. 2 are another step in the continuing efforts under Archbishop Charles Chaput to restore fiscal soundness to the archdiocese.

Early steps in 2012 included the sale of the archbishop’s residence on City Line Avenue in Philadelphia to St. Joseph’s University for $10 million and the priests’ summer home in Ventnor, N.J., for $4.5 million, which provided the archdiocese with funds for immediate cash flow.

Also over the past two years the archdiocesan staff has been reduced by 25 percent.

“None of these measures were taken lightly,” the archdiocese said in its statement, “but all were essential to maintaining the presence of the Catholic Church in the Philadelphia region and the good works accomplished through its various ministries.”

PREVIOUS: Rally draws leading lights, and the humblest, in cause of life

NEXT: Properties in Chester and Northampton counties sold