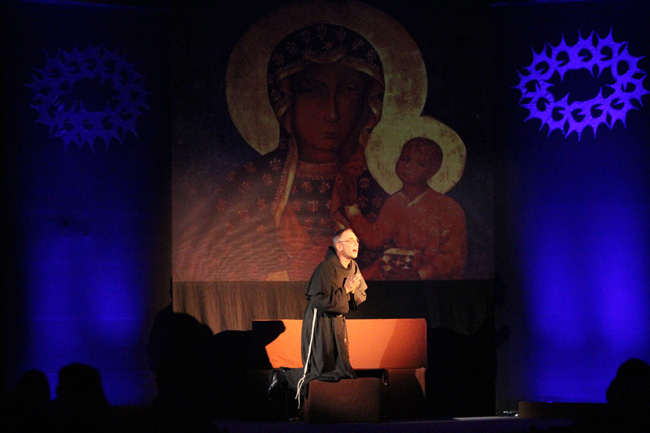 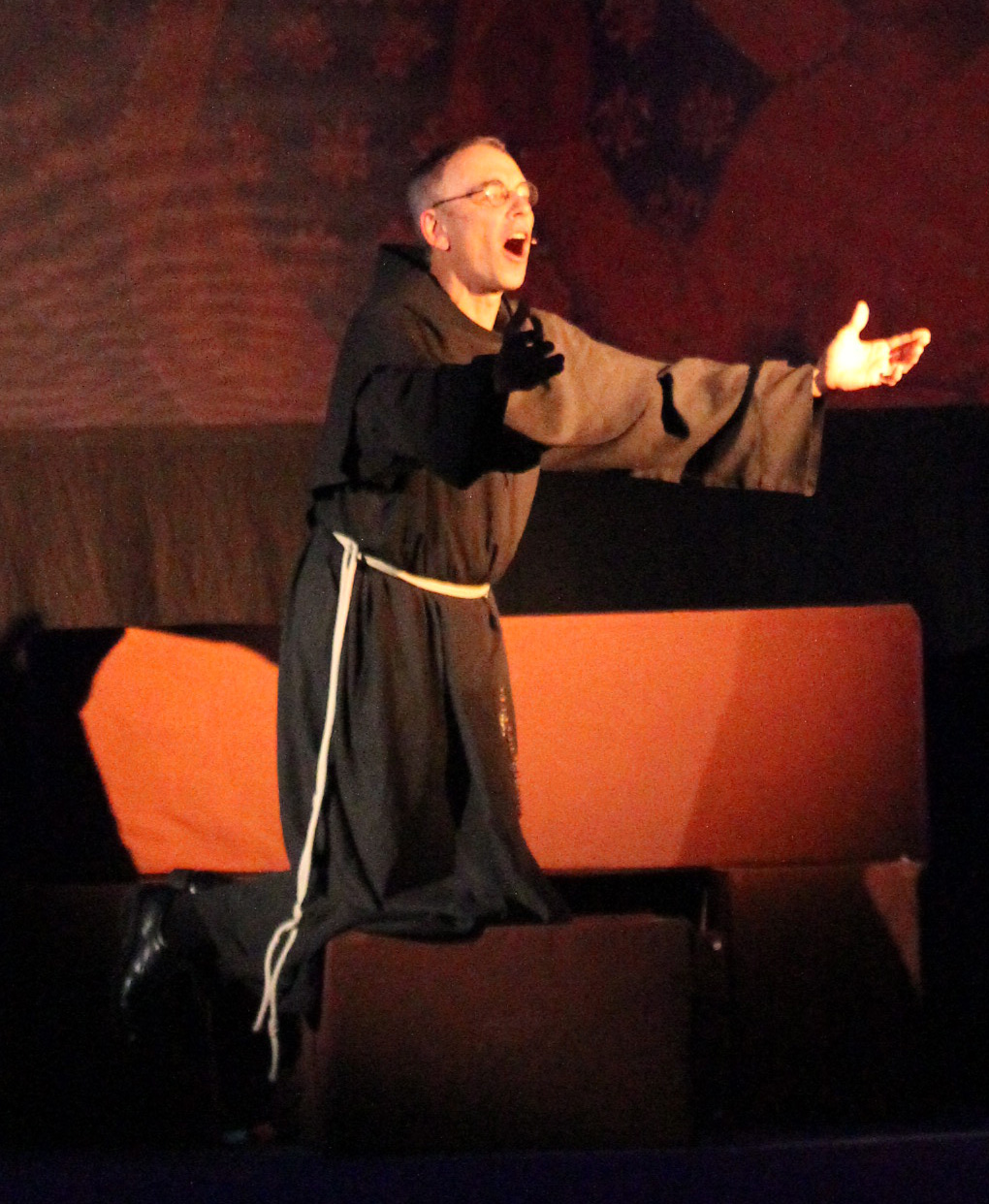 The story of St. Maximilian Kolbe came to life Thursday, Oct. 23 at the West Chester parish for which he is the patron saint.

The one-man play, “Maximilian, Saint of Auschwitz,” was performed by Leonard Difilippis in St. Maximilian Kolbe Church before approximately 500 people. Many were parishioners and many others came as the result of invitations and advertising in surrounding parishes in the West Chester area.

Lori Miller, a parish organizer for the play, said the pastor, Msgr. Robert J. Carroll, promoted the performance weeks prior during Masses. He had seen the play years earlier in New Jersey and had always wanted to offer it at his parish, Miller said.

She said the play was so well received by the audience it even brought several people to tears.

“It was a fantastic show,” she said. “I heard all positive comments about it. One person never knew the story (of St. Maximilian) and now she understands him more.”

He was a Franciscan priest sent to the infamous Auschwitz concentration camp in Poland. In 1941 he volunteered to take the place of a family man, Franciszek Gajowniczek, was condemned to die by starvation by the Nazi prison guards. Surviving two weeks of extreme suffering, he was executed by lethal injection.

Gajowniczek survived the concentration camp, and more than a half century after his encounter with the saintly priest, he visited St. Maximilian Parish in West Chester and spoke to the parishioners about the experience.

Defilips also performed the St. Luke Productions show, which utilized large projected images behind him, on Friday, Oct.24 at St. Timothy Church in Northeast Philadelphia and on Sunday, Oct. 19 at Our Lady of Lourdes Church in Philadelphia’s Overbrook section.