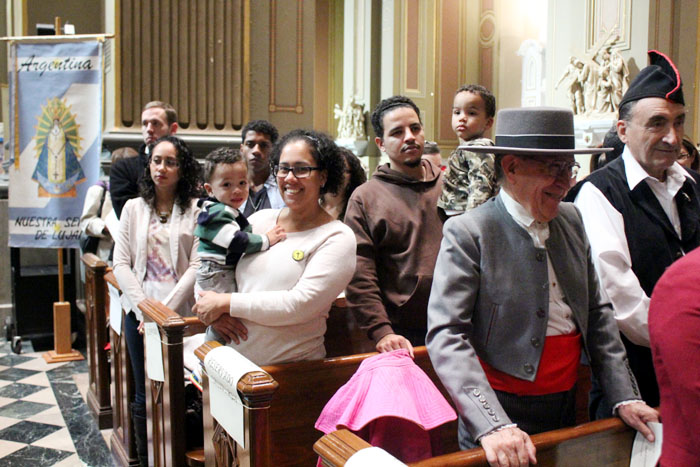 The Mass, celebrated and preached by Msgr. Jorge de los Santos, vicar for Hispanic Ministry in the Archdiocese of Denver, commemorates the heritage and diversity of the Hispanic Catholic community in the Philadelphia region. Participants dressed in the traditional attire of their countries of origin throughout Latin America, the Caribbean and Spain, and processed in a colorful pageant into the cathedral before Mass.

The Mass was sponsored by the archdiocesan Office for the Vicar for Cultural Ministries and the Office for Hispanic Catholics. (Photos by Sarah Webb) 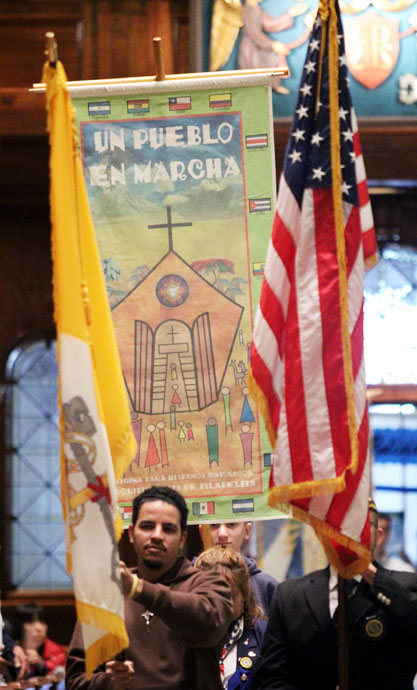 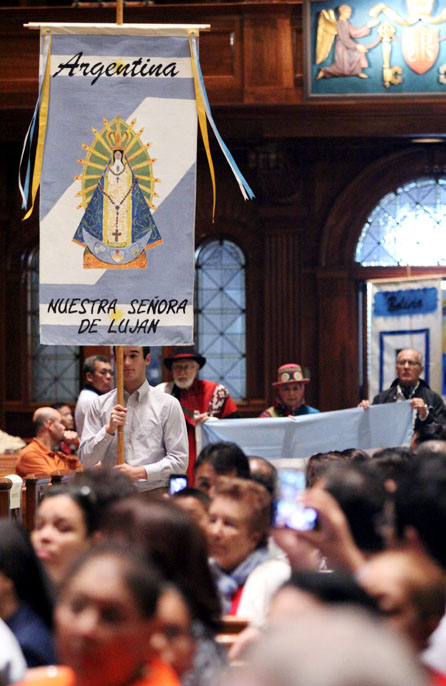 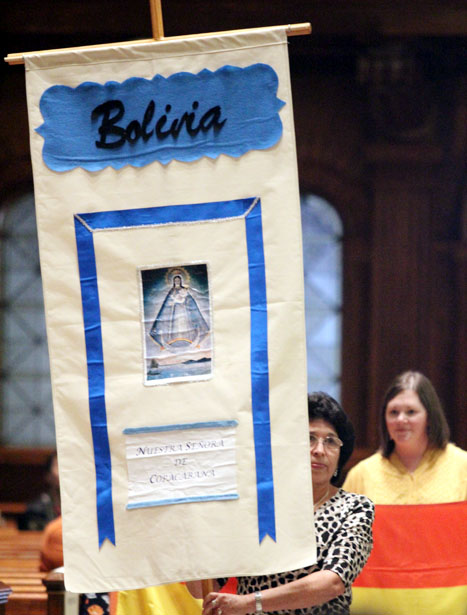 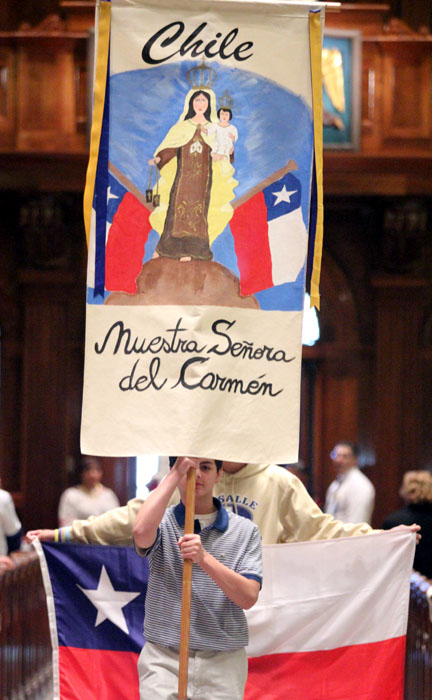 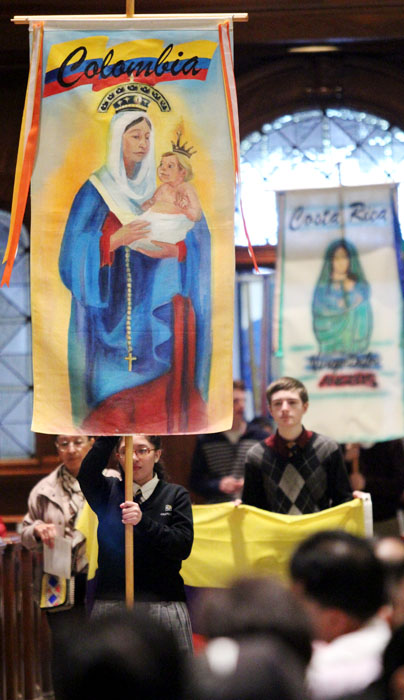 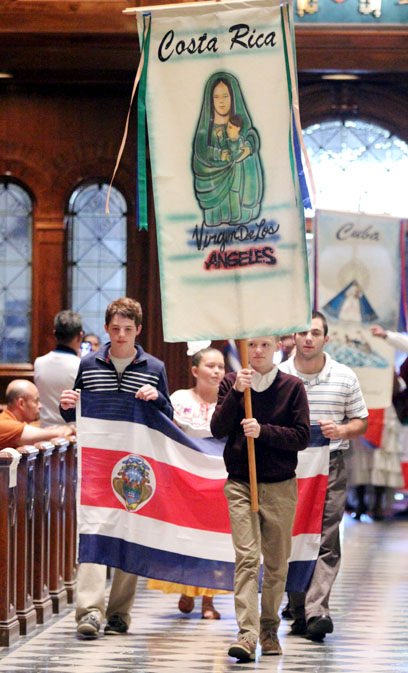 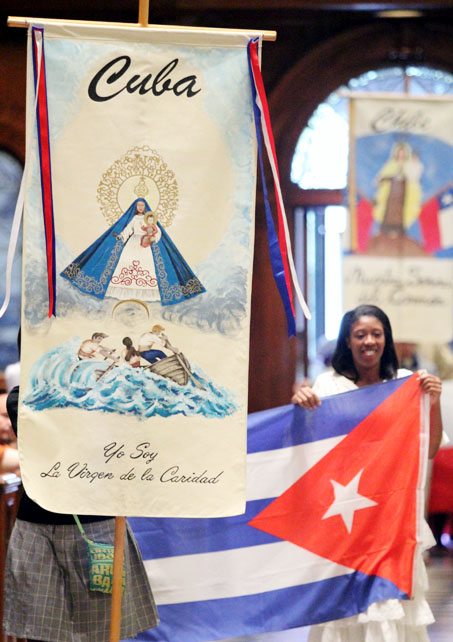 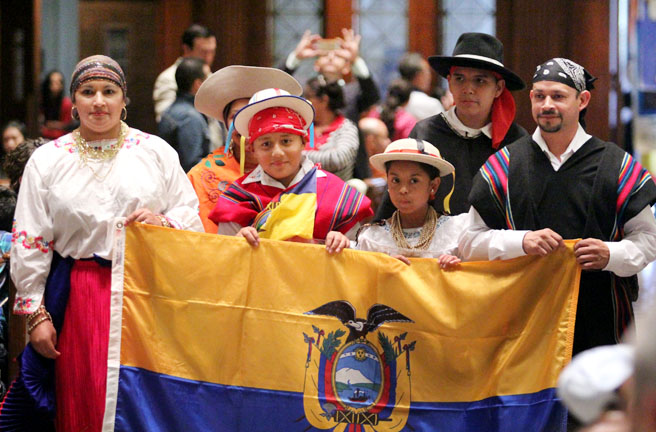 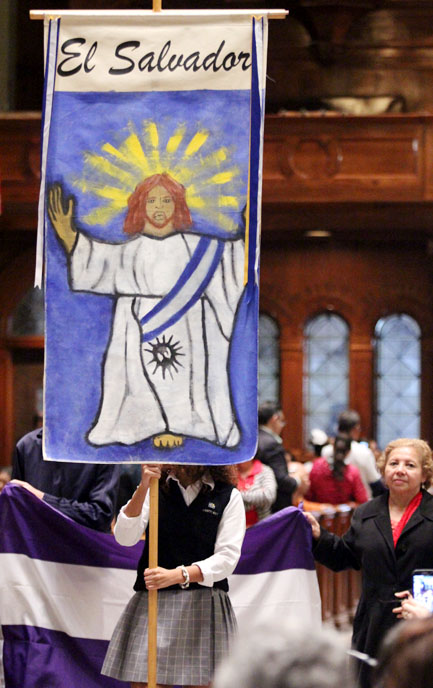 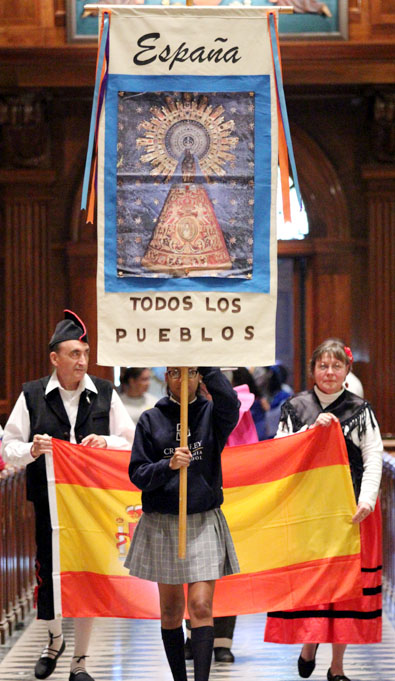 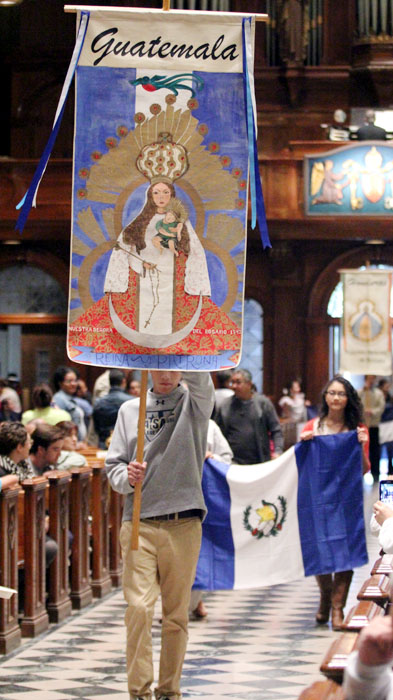 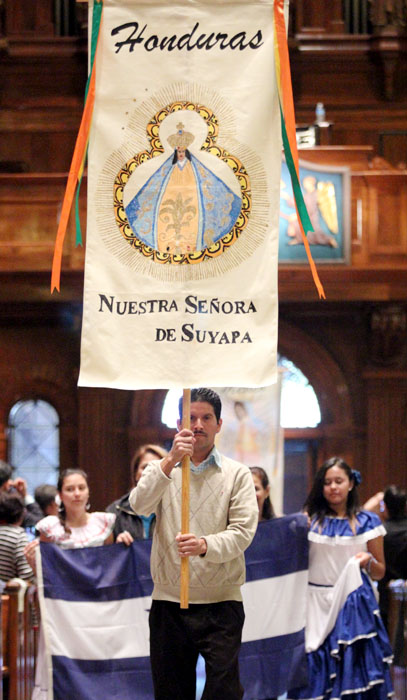 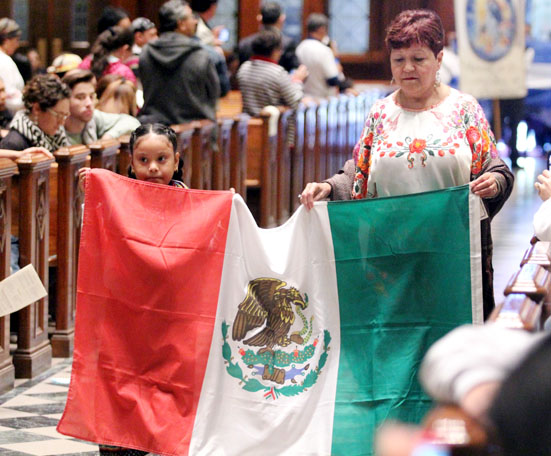 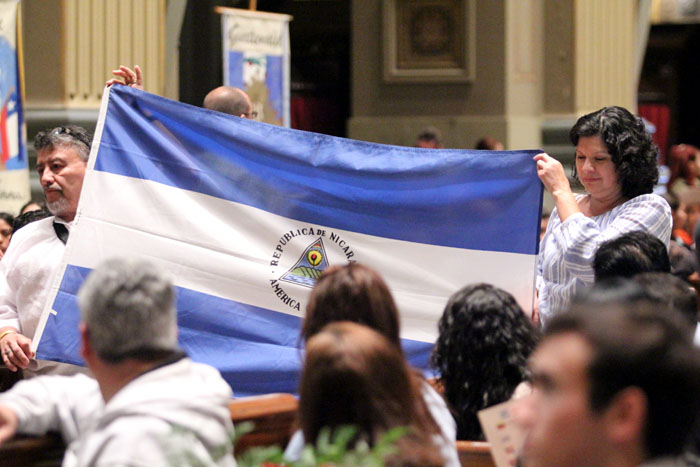 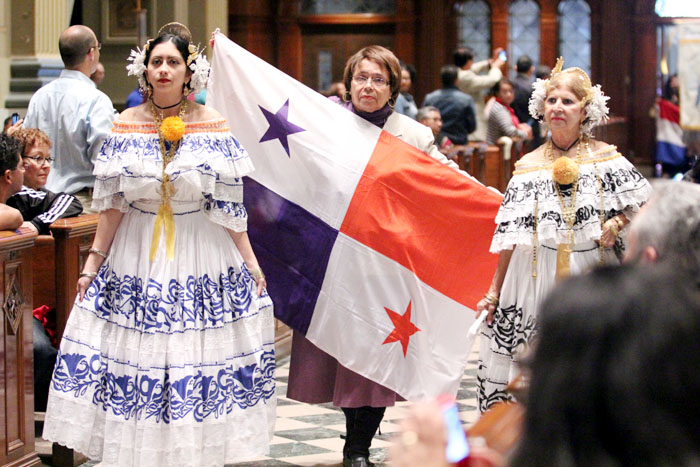 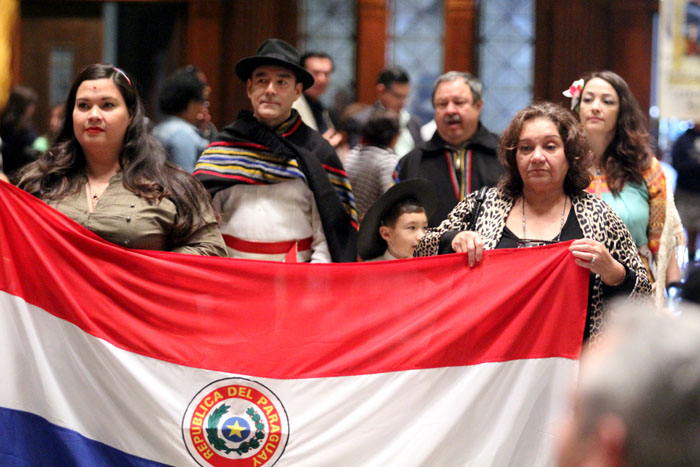 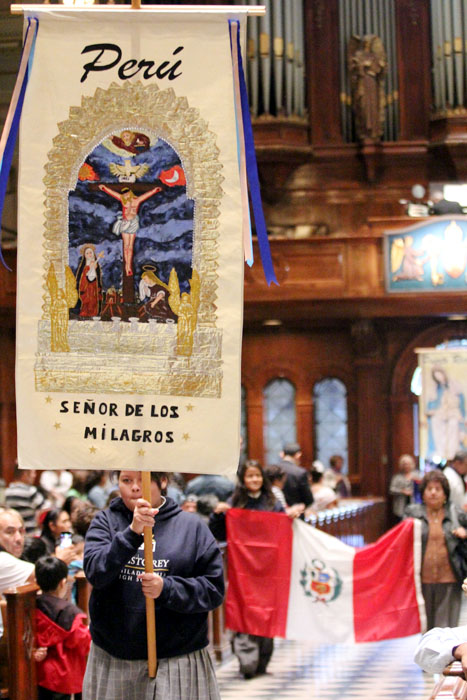 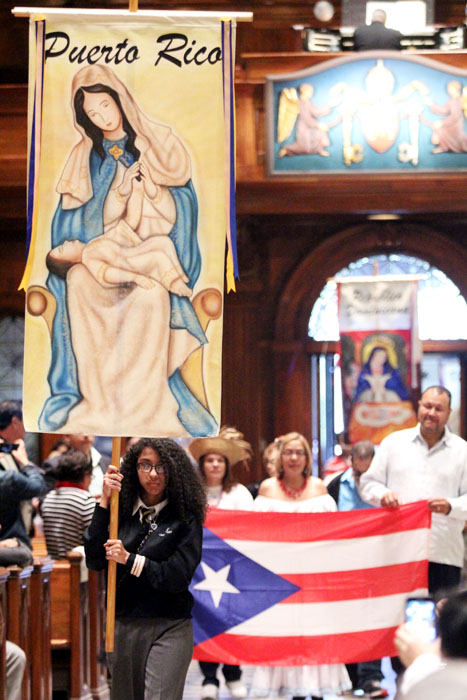 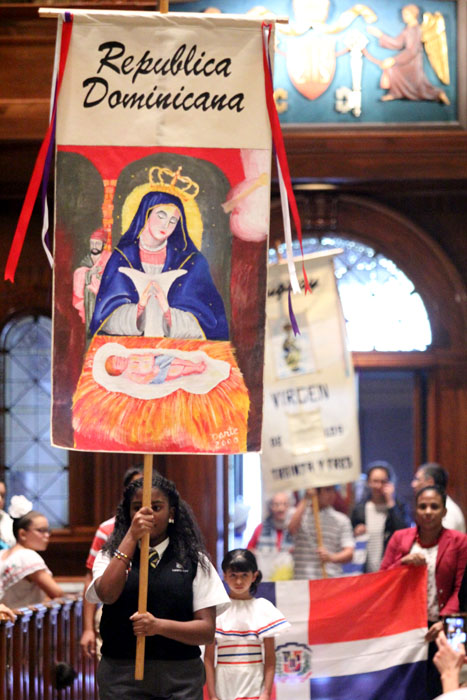 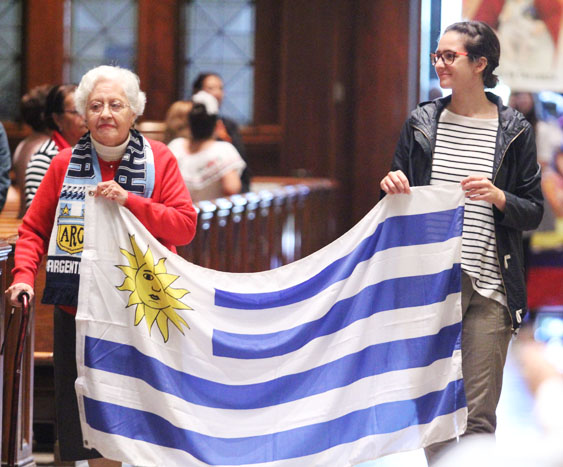 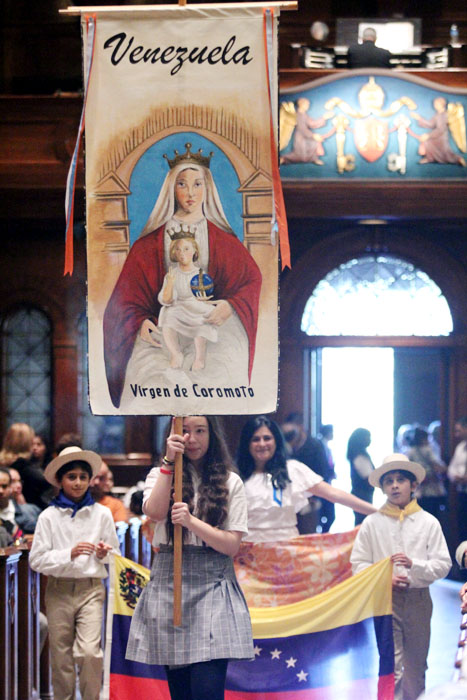 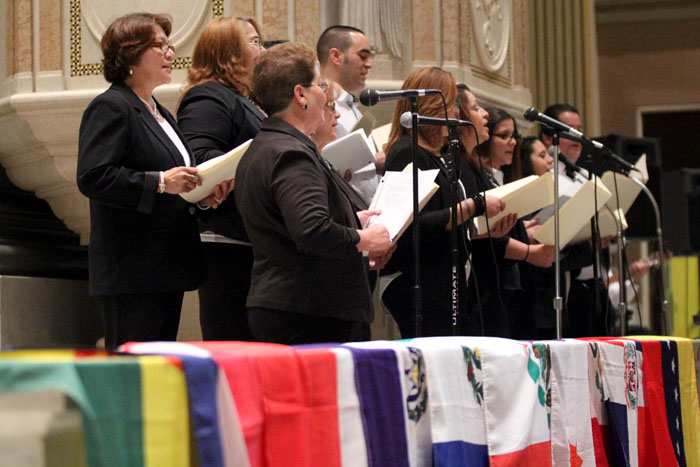 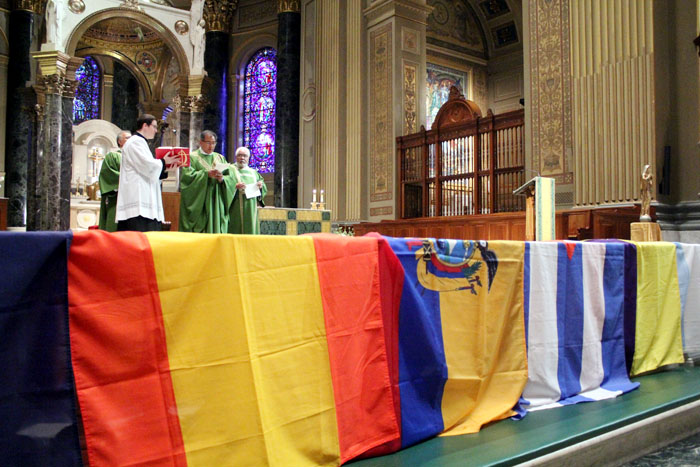 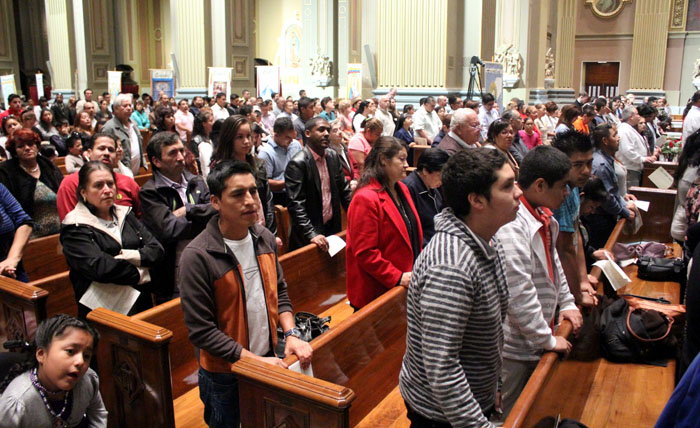 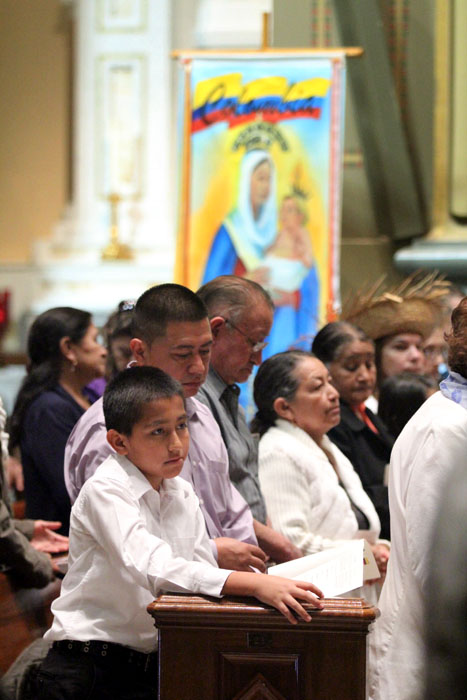 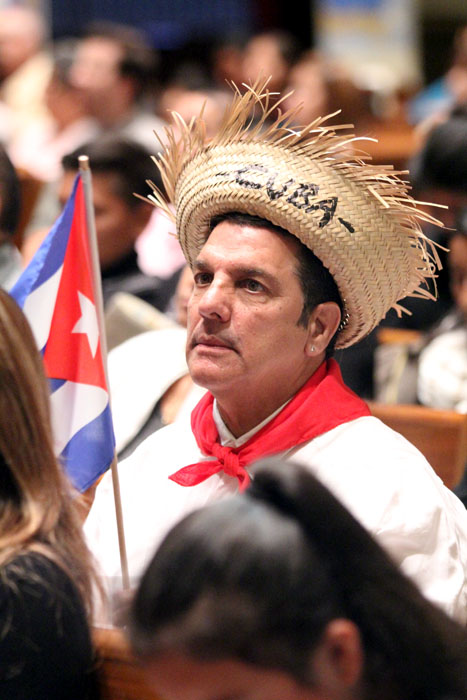 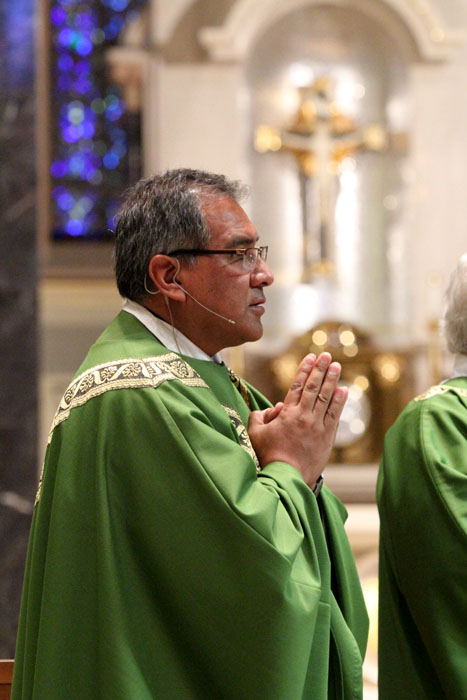 Msgr. Jorge de los Santos prays during the Mass for which he was the main celebrant. 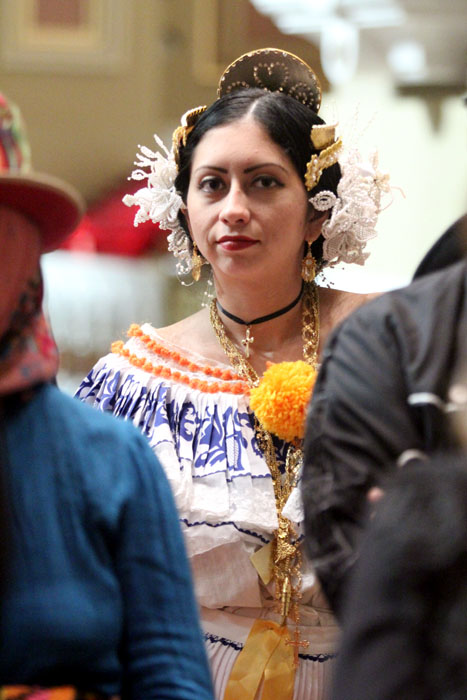 PREVIOUS: Across the Aisles: Candlelight rosary at St. Paul Parish

NEXT: Faith in the Future touts progress of Catholic schools