South Phila. parish gets its barbecue on

Faith in the Future touts progress of Catholic schools 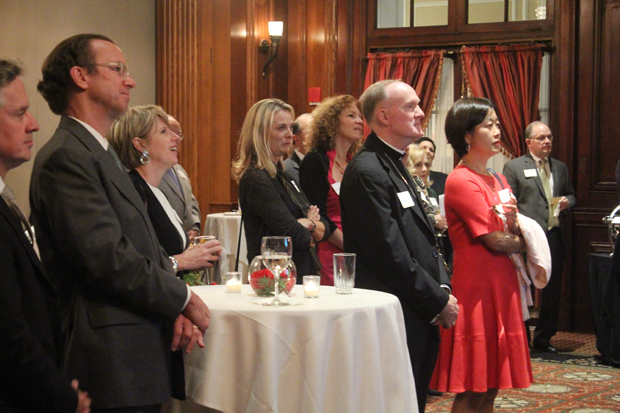 Bishop Michael Fitzgerald and other guests at the Union League watch a video presentation by Faith in the Future on the state of Catholic schools in the Philadelphia Archdiocese.

Faith in the Future Foundation marked its second anniversary by hosting a celebration for Catholic education stakeholders Oct. 2 at the Union League of Philadelphia. Business leaders, clergy and students learned about the progress being made by the Faith in the Future to stabilize finances and grow enrollment in Catholic schools in the Archdiocese of Philadelphia. See a pdf presentation of the progress report here. (Photos by Sarah Webb) 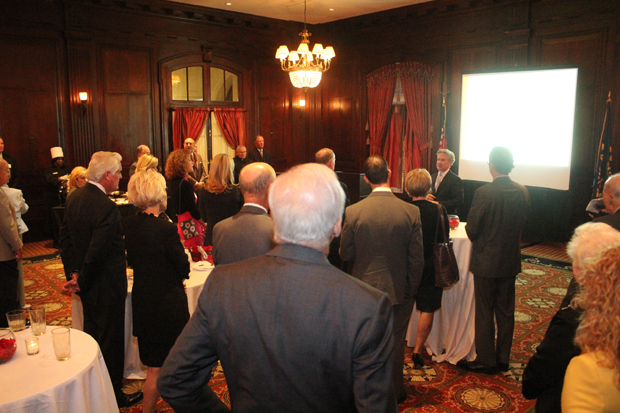 Faith in the Future Foundation’s CEO Casey Carter speaks to the guests before reviewing the newly published two-year progress report for the foundation. 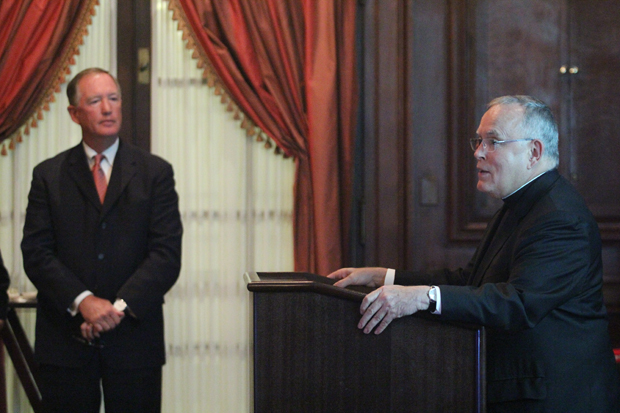 Archbishop Charles Chaput tells guests at the celebration that he is encouraged by the progress made by Faith in the Future Foundation as its chairman, Edward Hanway, listens.

Bishop Michael Fitzgerald and other guests at the Union League listen to remarks on the second anniversary of Faith in the Future and its impact on Catholic education in the Philadelphia Archdiocese. 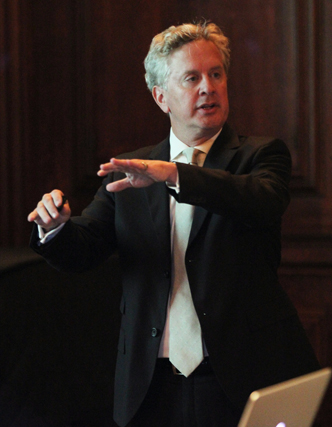 Casey Carter explains the progress of Faith in the Future. 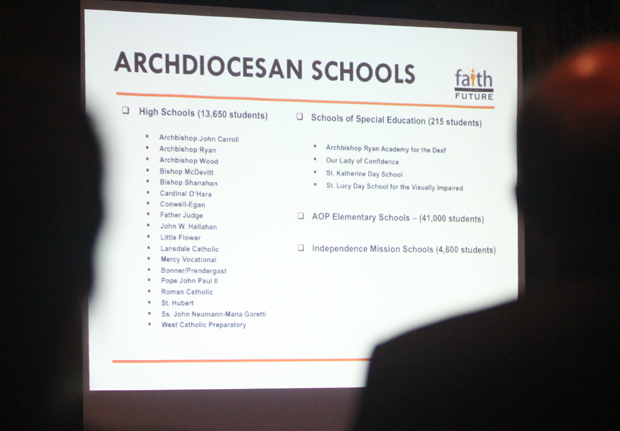 A slide in the presentation tells of the strength of Catholic schools in the archdiocese. 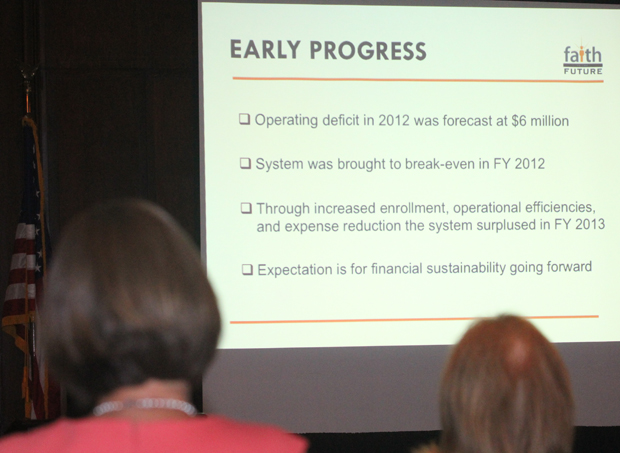 The presentation shows the significant steps taken by Faith in the Future since its inception two years ago. 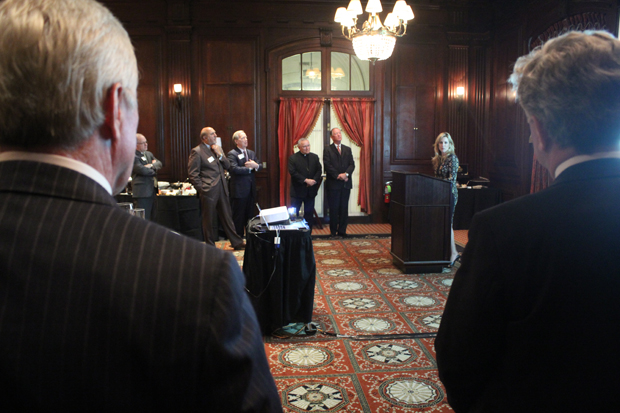 Megan Maguire Nicoletti, representing the Maguire Foundation, speaks at the meeting and offers her personal witness to the work of Faith in the Future.