Franciscan sister dies, served mostly as a teacher for 67 years 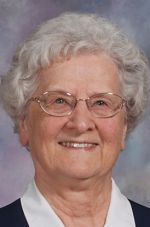 Sister Adele Siwak, O.S.F., 88, (formerly Sister Francis Josephine) died Nov. 6 in Assisi House, Aston. She had been a professed member of the Sisters of St. Francis of Philadelphia for 67 years. Adele Josephine Siwak was born in Baltimore and entered the congregation in 1944, professing her first vows in 1947.

She became a resident of Assisi House in 2011 and served in prayer ministry until her death.

In addition, Sister Adele spent six years in the Diocese of Trenton.

Her funeral Mass was Wednesday, Nov. 12 at Assisi House with burial following in Our Lady of Angels Cemetery in Aston.

Sister Adele is survived by a nephew, cousins and by her Franciscan family, including Sister Agnes Borkowski, one of her cousins.