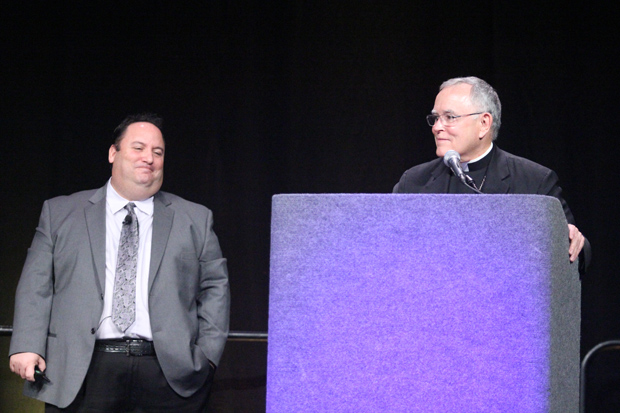 Archbishop Charles Chaput address the teachers as Chris Mominey, chief operating officer and secretary for Catholic education in the archdiocese, looks on.

Some 3,500 Catholic school teachers and administrators answered Archbishop Chaput’s invitation to gather at the Pennsylvania Convention Center Oct. 31 for a meeting to pray together and learn about their role in educating children in elementary schools, high schools, special education schools and private Catholic academies in the Archdiocese of Philadelphia. See the full story here, and read the archbishop’s pastoral letter on Catholic education, “Equipping Saints: A Pastoral Letter on Catholic Education and Faith Formation.” (Photos by Sarah Webb) 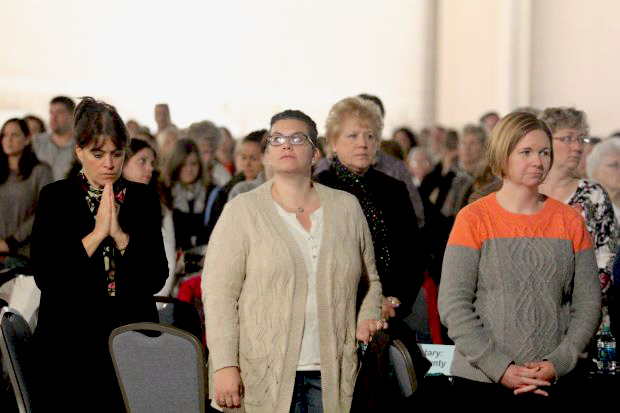 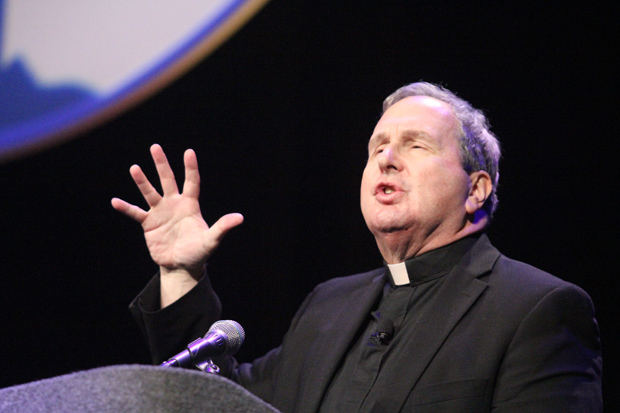 Keynote speaker Father Robert Spitzer, S.J., talks about the relationship between religious faith and scientific reason, using perspectives on the Big Bang theory of the creation of the physical universe.

Archbishop Charles Chaput address the teachers as Chris Mominey, chief operating officer and secretary for Catholic education in the archdiocese, looks on. 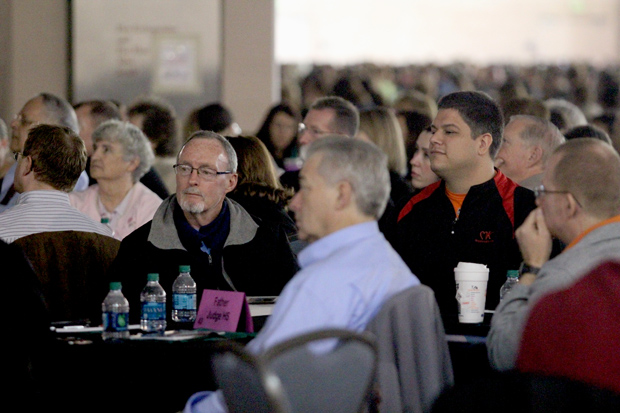 Teachers among the crowd of 3,500, including 2,600 from the archdiocesan elementary, high school and special education schools listen to a speaker. 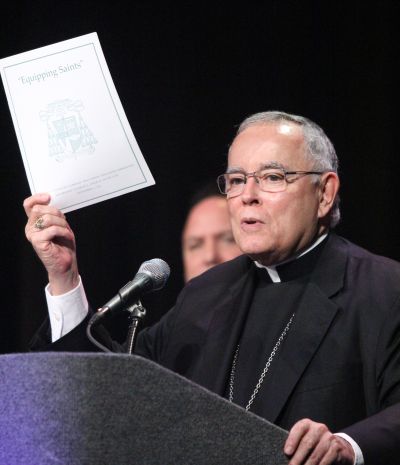 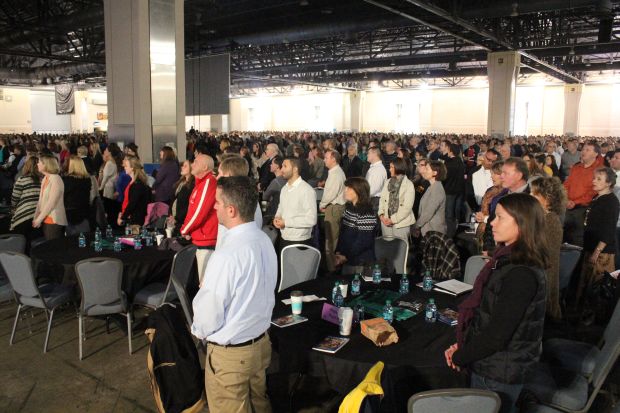 Some of the 3,500 teachers and administrators at Catholic schools in the Philadelphia Archdiocese pray during Mass at the Oct. 31 meeting, which was followed by talks on integrating Catholic education with faith formation. 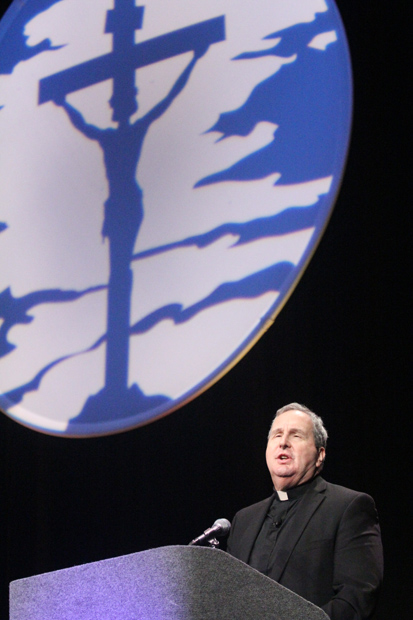 Father Spitzer makes a point during his talk. 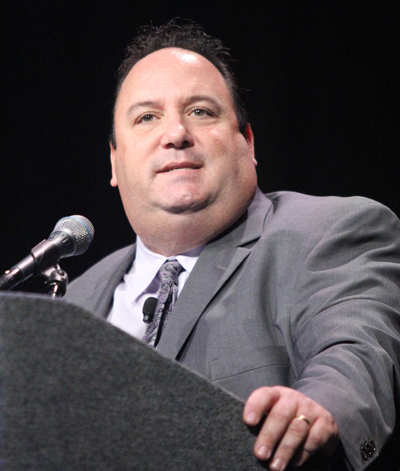 Chris Mominey speaks to all the Catholic school teachers in his address. 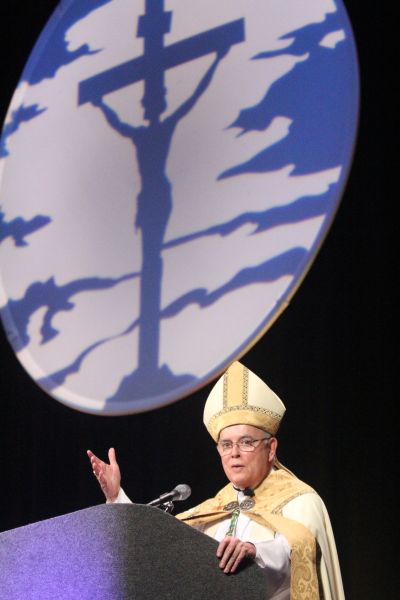 Archbishop Chaput preaches the homily during the Mass he celebrated at the conference. 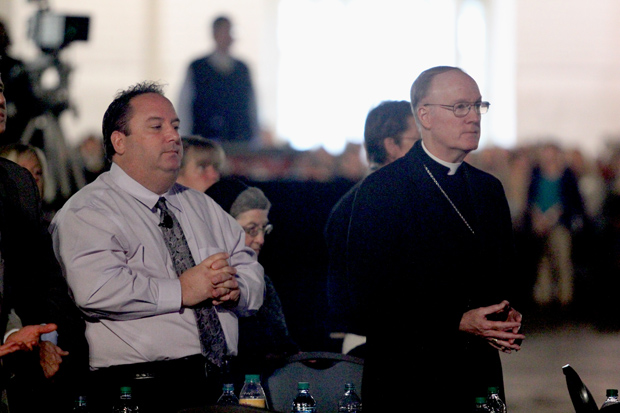 NEXT: Scenes from the Catholic Life Congress