Father Chuck Pfeffer: Is it time for sainthood? 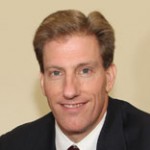 Father Chuck Pfeffer was a holy man, and many people will attest to it. He was selfless and tireless in preaching the Gospel, in what he said and what he did.

Both the words he spoke and the actions he took to bring young people closer to Christ and to each other continue to resonate today, 10 years after his death. 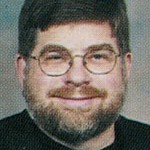 Many are God’s holy men and women, people we believe are saintly and enjoying union with God forever in heaven. Few are the ones declared saints by the Catholic Church, but they all showed evidence for holiness in their lives that eventually was recognized formally by the church through canonization by the pope.

Why shouldn’t we think that Father Chuck was saintly? And why shouldn’t the cause for his beatification and canonization begin with a groundswell of popular acclaim by the people he touched during his life in the Archdiocese of Philadelphia?

Middle-aged people like me remember a priest in love with his priesthood, with the Lord, and with young people during the years that he ministered from his ordination in 1977 until his death at age 53 on Dec. 21, 2004.

If ever the church needs to hold up a model of zealous priestly ministry in the Philadelphia region and the incalculable benefit for the future of the church through effective youth ministry, it is now. The church in Philadelphia only now is recovering its confidence after a decade of scandals that have damaged priestly morale and limited ministry to teens and young adults here.

The model of Father Chuck, a young man serving younger people in the person of “another Christ,” is the saintly inspiration we need right now.

Pope Francis no doubt will energize Catholics here when he visits Philadelphia for two days in September 2015. And that “Francis effect” will likely linger for months. But in years to come it will recede to a fond memory.

On the other hand a saint’s name is celebrated with Mass and devotions each year. His or her name on buildings and on prayerful lips permanently reminds people of friendship with God. A saint leaves his or her legacy on the universal church for all time.

That is because people still look to saints not only as outstanding models of virtue but also as living proof of what has become the object of skepticism in a cynical world: that holiness can be achieved in this life.

A regular guy such as Father Chuck Pfeffer – likeable, loving, funny, compassionate, prayerful, energetic, visionary – is the kind of guy anyone could relate to, and that means anyone today can relate to holiness. It isn’t pie in the sky; it is a realistic aspiration and an attainable state for regular folks like me and you.

It was Father Chuck’s gift to help young people see their own potential for holiness and use their unique gifts to serve all people.

I hope someday after careful deliberation and study that the church declares Father Chuck a saint. I hope that through his intercession people grow in admiration for priestly ministry and in progress of their own personal holiness.

I hope those who remember him, those who have only heard of him and those who wish they had known him will join me in a fervent prayer each day: “Father Chuck Pfeffer, pray for us.”

PREVIOUS: Accepting change as a force for good

NEXT: New but not necessarily better