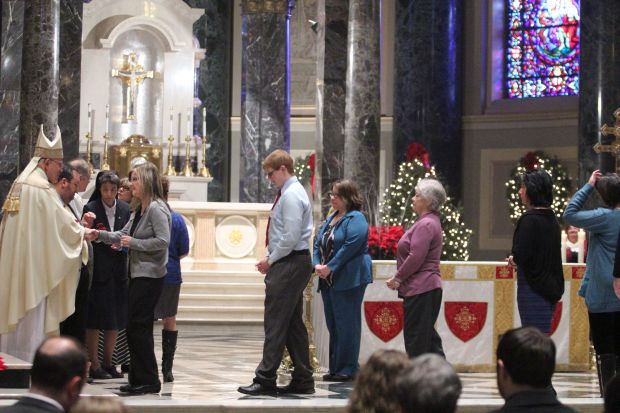 About 200 volunteer catechists and parish directors of religious education in the archdiocese received awards for their years of service at a Mass celebrated with them, their families and many of their parish pastors by Archbishop Charles Chaput Jan. 10 in the Cathedral Basilica of SS. Peter and Paul. Read the full story here. (Photos by Sarah Webb) 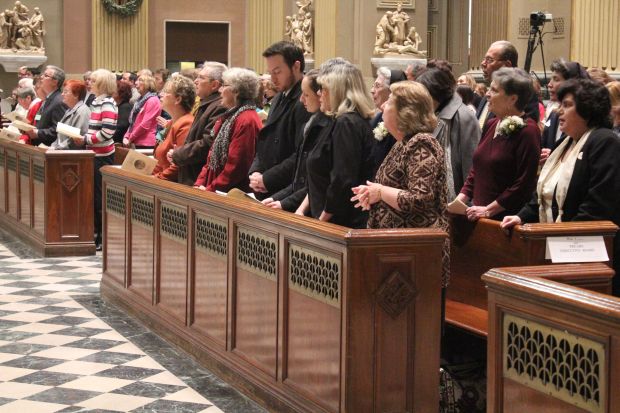 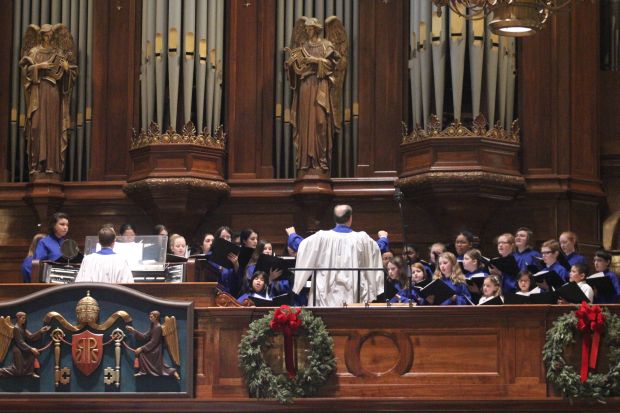 A children’s choir, under the direction of John Romeri (center) provides music during the Mass. 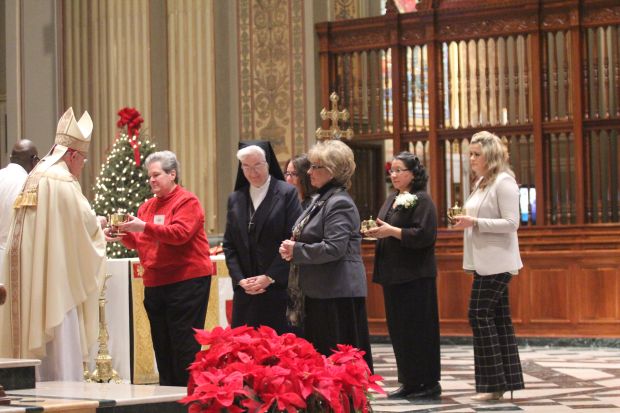 Religious education teachers present the offertory gifts to Archbishop Chaput, who was the main celebrant for the Mass. 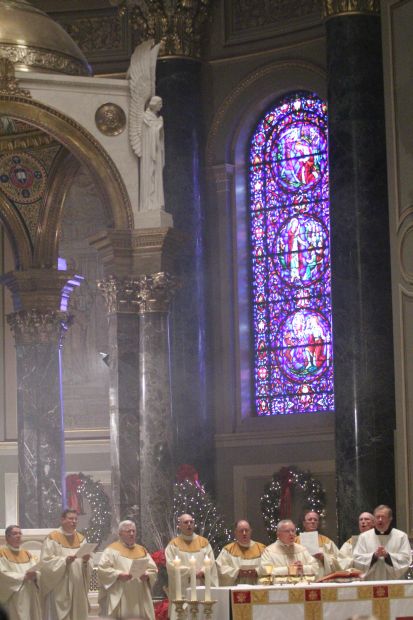 The archbishop and priest concelebrants pray the liturgy in the cathedral. 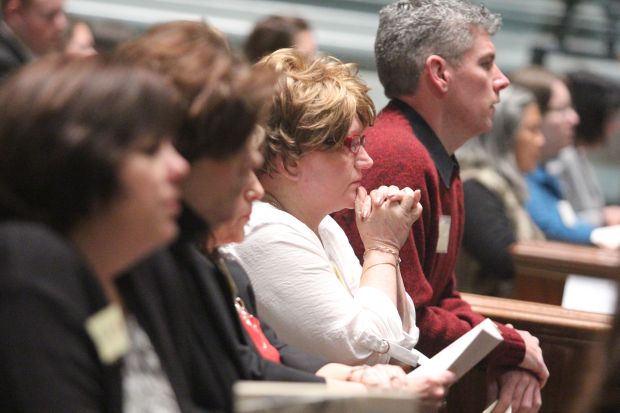 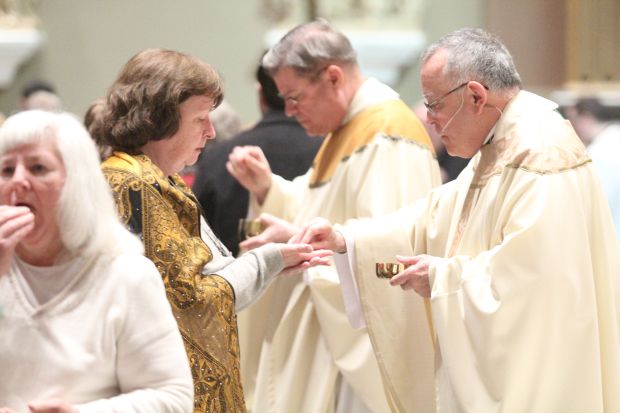 A group of catechists receive their award from the archbishop. 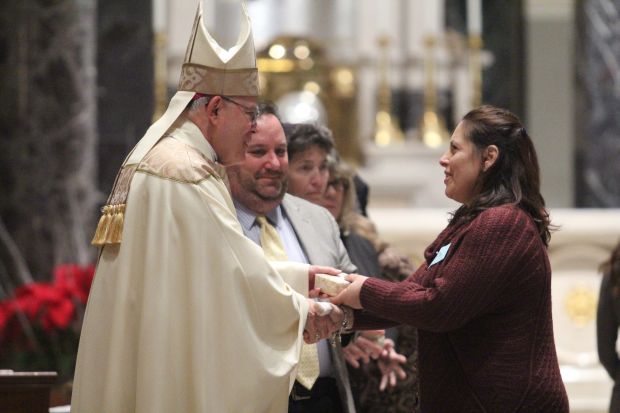 Maria Evans receives the Our Lady of Gaudalupe medal, signifying her 15 years’ service as a catechist, from Archbishop Chaput Jan. 10 at the Cathedral Basilica of SS. Peter and Paul. Christopher Mominey (center), secretary for Catholic education in the Archdiocese of Philadelphia, watches. 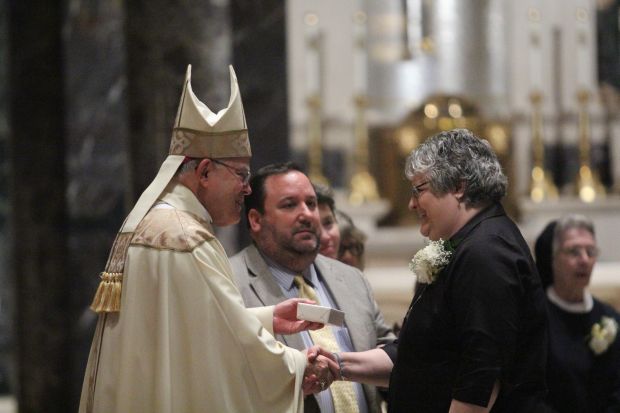 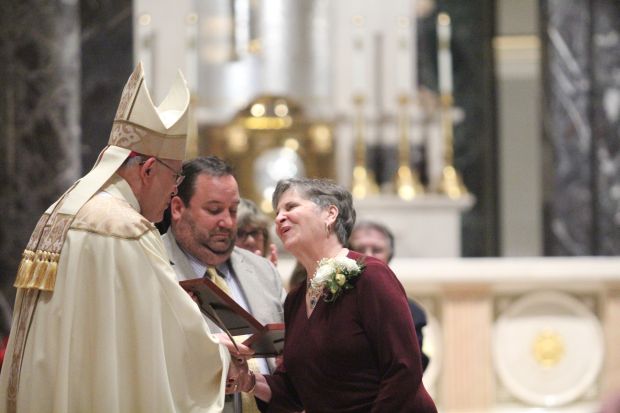 Nance Morrisroe, director of religious education at St. Teresa of Avila Parish in Norristown, greets the archbishop as she receives her award for 25 years of service at the parish, as Secretary for Catholic Education Christopher Mominey looks on. 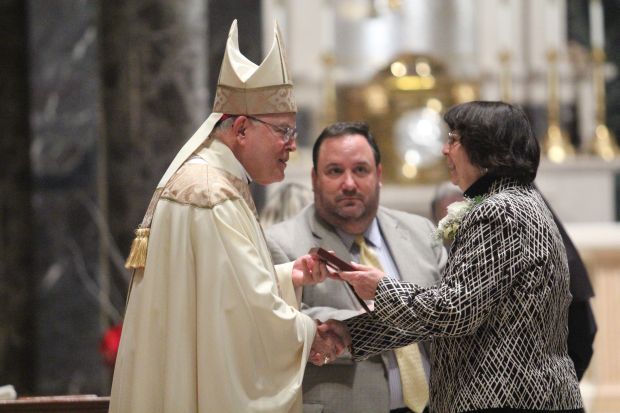 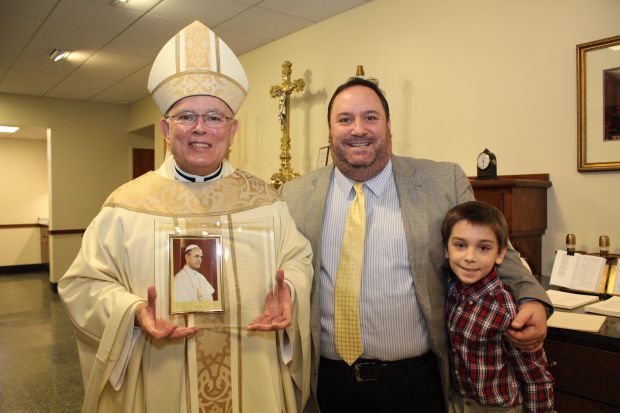 Archbishop Chaput poses with his Pope Paul VI Award from the archdiocesan Office for Catechetical Formation.

NEXT: Across the Aisles: St. Francis de Sales Parish